The beauty of starlings 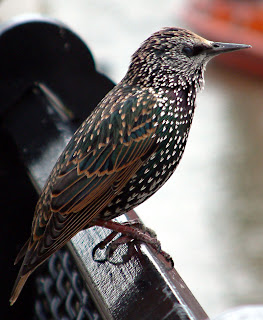 Photo: Paul Lomax/Wiki Commons
The good ole European Starling, Sturnus vulgaris, in nonbreeding plumage. This species, handsome as it may be, is one of the most reviled of North American birds. 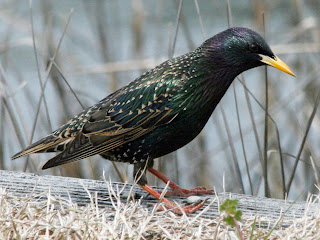 Photo: Dick Daniels/Wiki Commons
In its breeding finery, the European Starling is actually a showy bird. Fronted with a bright lemon-yellow bill, the starling is a study in glossy iridescence, reflecting rich purples and deep greens depending on how the light strikes the bird.

European Starlings, however, have no place in North America. They were intentionally released in the early 1890's in New York City by the ecologically ignorant Shakespearean Society. These avid buffs of all things Bill got it in their minds that all animals mentioned by the legendary bard should be established here, so that these beasts might enrich our lives on a daily basis. Fortunately most of their introduction efforts failed, but the starling was a grand success and is now one of the most common birds in the lower 48 states. Starlings' cavity-nesting habits and aggressive demeanor have allowed them to displace many native hole-dwelling birds.

So starlings' reputations have been tarred by the American experience. But there are about 220 species in the family Sturnidae worldwide, and many of them rank high among the most beautiful birds on the planet. I was recently birding with Bernie Master, who had just returned from an Africa trip, and we got on the subject of starlings. Bernie had made some great photographs of some of the showier species, and allowed me to share some with you. I lifted a few other beauties from Wiki Commons to further illustrate the gorgeous diversity of the starling family. 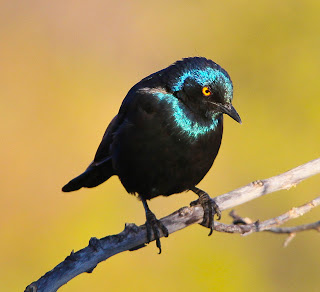 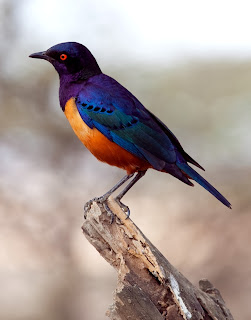 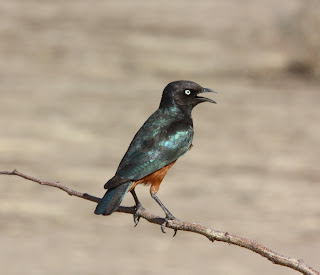 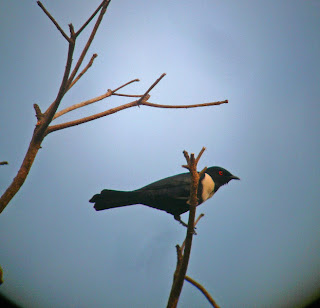 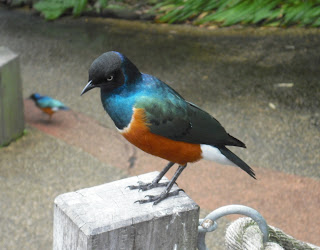 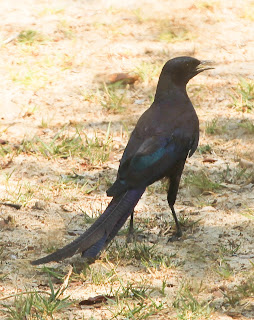 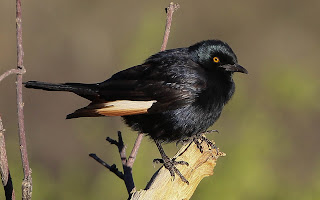 There are many other beautiful starlings in the world, from Eurasia to Australia to remote Pacific islands. The family also includes the Mynas of eastern Asia.

A gathering of starlings is termed a mumuration. A large murmuration of European Starlings can be a beautiful thing, the swirling cloudlike flocks moving as one, as if a collective brain controls the entire group. CLICK HERE for an utterly amazing murmuration experience.
at December 24, 2011

Nice try, really. And those were some beautiful photos. But when I can't find a way to put out suet for my woodpeckers, chickadees and nuthatches without having it destroyed within minutes by...yes, starlings, well, you have to forgive me...I am less than enchanted by starlings, enchanting though they may be.

On the other hand, I saw a bald eagle soaring in the vicinity of Scioto/Audubon on Christmas Eve! And that was fabulous!

We don’t have many Starlings here so I can afford to be philosophical about them. The shots you posted of all the varieties are really lovely. They are such beautiful birds. And after all they did not fly here, they were bird napped.

All the best for the New Year.
Guy

Nice catch! Great pictures from you. Hope too see more pictures like this. Thanks.