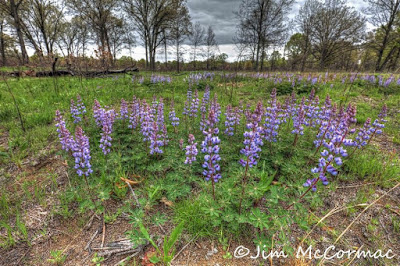 Colorful clumps of Wild Lupine, Lupinus perennis, dot a recently burned oak savanna at The Nature Conservancy's Kitty Todd Preserve in the Oak Openings west of Toledo. This well-managed tract is one of the best places to get a flavor for one of the Midwest's most unusual habitats, and its rare denizens. I was there back on May 14, and made these photos during that foray. 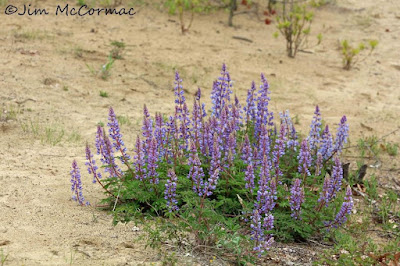 Bright blue jolts of lupine flowers enliven a sand blowout at Toledo Metroparks' massive Oak Openings Metropark. Lupine, at least this species, grows best in dry sandy substrates. The Oak Openings has plenty of sand. This elliptically shaped region encompasses the old beaches and dunes of pre-glacial Lake Erie, dating from a time when the lake sprawled much further inland than it currently does.

Lupine is a rarity in Ohio, and nearly all populations occur within the Oak Openings. Hit the right spot, and there can be a lotta lupine, creating spectacular blue clumps and besting any ornamental plant in the looks department. If you are a seeker of rare flora, there will be plenty of other goodies to find. The Oak Openings and its unusual habitats harbor probably the greatest number of rare plant species of any place in Ohio, of similar size. 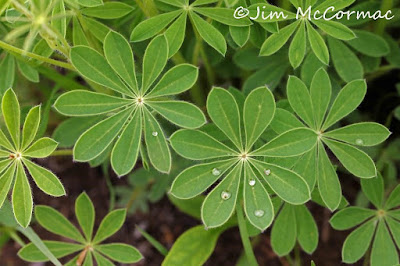 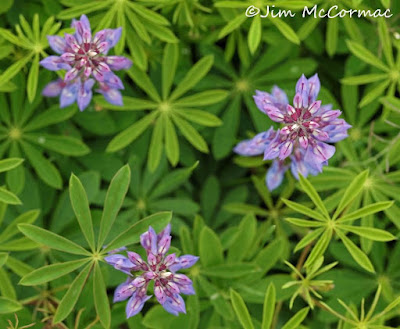 Emerging lupine inflorescences, as soon from above. Another great thing about lupine-watching is that they bloom at arguably the best time to be outdoors in Ohio - mid-May. Birds are singing all around, interesting insects are active, and myriad other flowering plants are doing their thing. 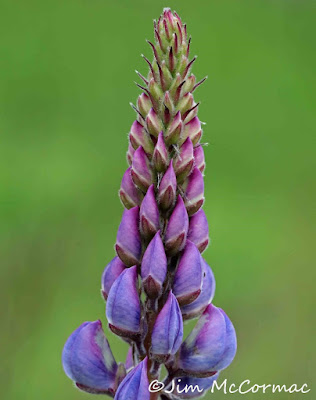 Lupine flowers begin as thick spikes of tightly appressed buds . The flowers begin opening at the base of the spike, and gradually open upwards until a gorgeous open wand is formed. 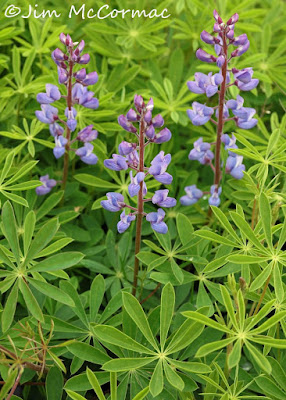 A perfect trio of lupine flower spikes, nested in a sea of showy leaves. A photographer's dream. 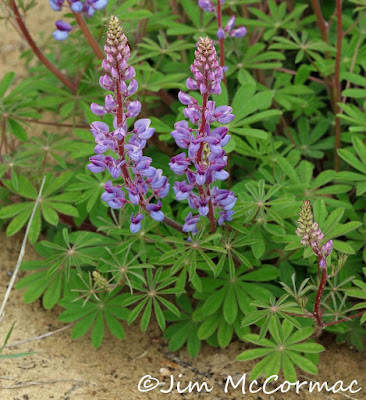 One of the clumps at Kitty Todd was adorned with these unnaturally pale flower variants, which stood out from afar.

Should chance permit, I'd highly recommend a visit to the Oak Openings next May. The aforementioned Kitty Todd Preserve and Oak Openings Metropark are must-see destinations. Take a camera.

Lupines are the best of the spring wildflowers! Gorgeous photos of my very favorite flower.
I used to live in the U.P. and it was everywhere. Down here in the Lower Peninsula of Michigan-not so much, but I see the occasional stand of them and they never cease to take my breath away.

Great posting. Don't forget to mention that the beautiful Wild Lupines of Kitty Todd are the host plant of the Karner Blue Butterfly. Do you know if the Karner Blue butterfly has made a comeback after its re-introduction to Kitty Todd?