Not much time for long-winded blog posts, so a briefly captioned slideshow ensues. Any one of these photos - all from last weekend - could warrant its own post, and perhaps I'll get around to treating some of these subjects in detail, eventually. For now, though, a hodge-podge of INTERESTING STUFF. 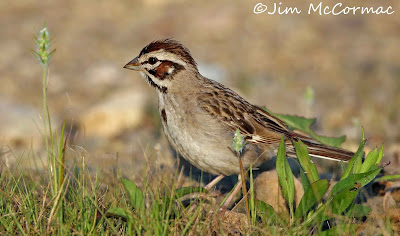 A harlequin-patterned Lark Sparrow forages on rocky ground in the lunar landscape of a long-abandoned limestone quarry in Greene County. This handsome sparrow is at the eastern limits of its breeding range in Ohio, and is very rare here. 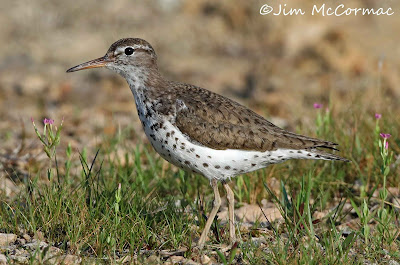 Taking a brief pause from its teeter-tottering gait to regard the photographer, this Spotted Sandpiper was one of several nesting along artificial pools in the same quarry as the Lark Sparrow above. The little pink flowers bookending the sandpiper are Branching Centaurium, Centaurium pulchellum, a showy little Eurasian weed. 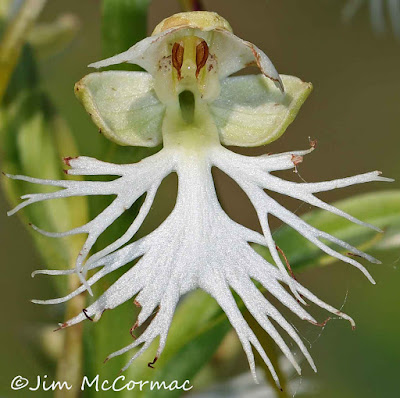 This close-up of the flower of a Prairie Fringed Orchid, Platanthera leucophaea, reveals Edvard Munch's character in The Scream, wearing a bonnet. The orchid is among the rarest of the rare, one of only six Federally Threatened plants found in Ohio. Prairie remnant in Clark County. 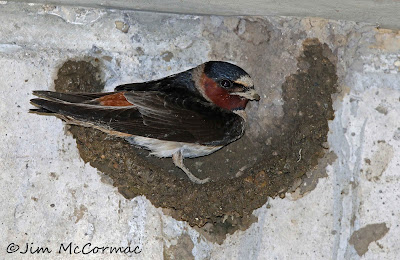 A hard-working Cliff Swallow crafts its adobe igloo under a Clark County bridge. This species has increased by about 200% in the last 25 years, and now nests under many if not most large bridges in Ohio. Cliff Swallows are normally single-brooded. Nest construction at this late date is probably due to the original nest getting destroyed. 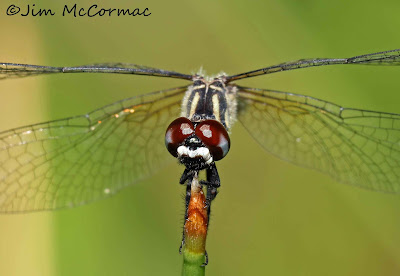 A female Elfin Skimmer balances gracefully atop a Walking Spikerush, Eleocharis rostellata. Both the dragonfly and the plant are rarities in Ohio, but the dragonfly is the rarer of the two. It is listed as endangered. Cedar Bog, in Champaign County. 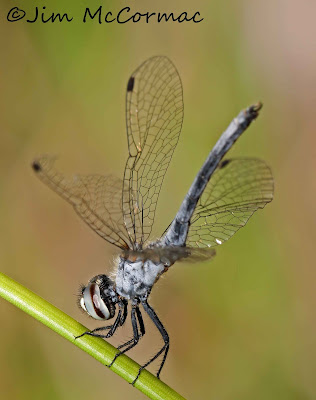 This is the male Elfin Skimmer, which little resembles the female, at least in coloration. It is obelisking - pointing its abdomen directly at the sun to minimize heat absorption. The temperature was about 93 F when I made the image. Cedar Bog. 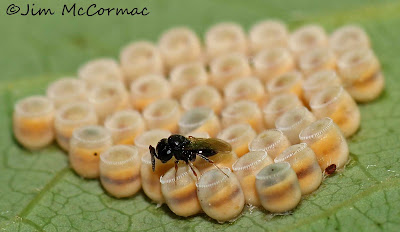 I ran into Alex Patton and Kathy Cubert at Cedar Bog, and as we meandered along the boardwalk, Alex spotted this cluster of stinkbug - or some related hemipteran - eggs on the underside of a leaf. Bonus! A tiny 1-2 mm long parasitoid wasp, perhaps in the genus Trissolcus, tends the eggs. She has or will puncture most if not all eggs, and deposit her own eggs within the host's eggs. The wasp larvae will feast on the contents. Wasp - 1. Stinkbug - 0. 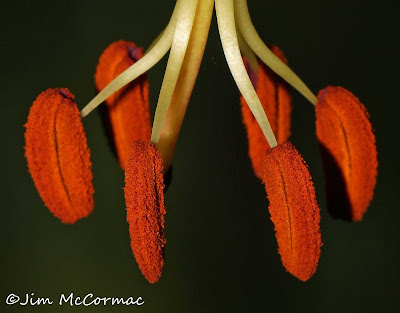 Rich granular anthers dangle from pendant filaments - the business end of a Michigan Lily, Lilium michiganense, flower. This is a great year for these large showy lilies at Cedar Bog, and if you wish to see them in their full splendor, head over there this coming weekend. 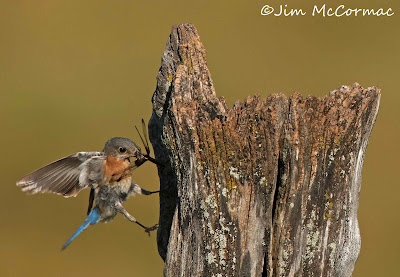 A female Eastern Bluebird tries to wrestle a large female Widow Skimmer dragonfly into her fencepost nest. She did, eventually, and then spent some time within the cavity, no doubt slicing and dicing the large tough insect so that tiny nestlings could handle it. Muskingum County. 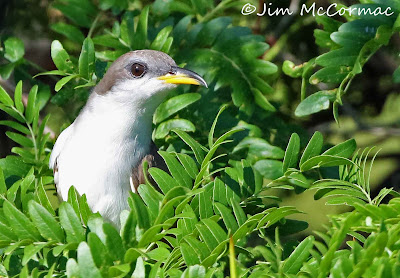 Shy and furtive, a Yellow-billed Cuckoo briefly pops from the dense foliage of a Honey Locust. Cuckoos are incredibly common in regions that experienced the Brood V 17-year cicada emergence. On this day I heard or saw two dozen or so, including many Black-billed Cuckoos. It's not only cuckoos that feast on the cicadas. I've seen American Robins and Red-winged Blackbirds flycatching for them, a Northern Cardinal eating one, and the previously mentioned bluebird brought one back to her nest. 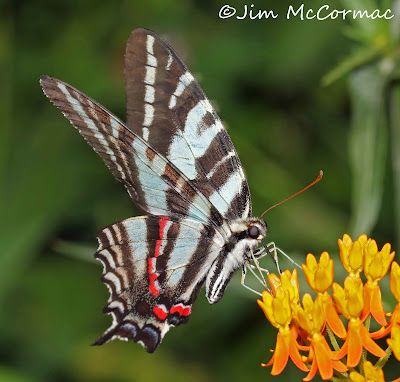 One of our most striking butterflies, the Zebra Swallowtail. This one is nectaring at Butterfly Milkweed, and was one of about six fluttering around the plant. These black-and-white butterflies seem to be present in large numbers this summer. 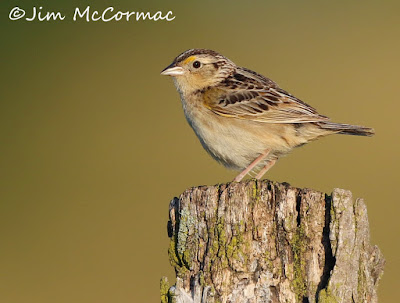 While I sat quietly, working the fencepost-nesting bluebirds, this Grasshopper Sparrow alit on an adjacent fencepost. A slight turn of the camera rig, and I bagged him. Best of all, though, was a mammal. As I sat among the weeds in a tripod chair, keeping a low profile, there was a rustling movement through the ground cover. A second later, and only five feet away, a Long-tailed Weasel poked from the plants to stare at me! Its curiosity aroused, it came within two feet, and I thought it might even climb my leg.

I so enjoyed this post. I always learn a lot.
And I STILL wish you guys would form one of those Birding Buddy type groups for Biologists!
Hey-if I keep nagging, maybe it will become a reality?!?!?!
:D

Fabulous photos. Stink bugs laid eggs on my patio door last year. I took pictures and watched as they hatched. Interesting. I didn't see any parasites get to these eggs. I would love to see that weasel. Did you get a picture or were you too astounded by the close proximity of the animal to snap? I would have been too amazed to think to take a photo. I miss a lot of good photo opportunities due to being amazed at what I see.

Thanks for the comments as always, Sue and Lisa! No weasel pics - I had my big telephoto lens up on the tripod and nothing else with me. Would have needed a macro lens for the weasel!