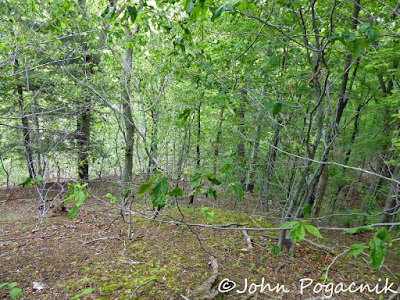 Just over two years ago, I wrote about a mysterious affliction that was decimating American beech trees in parts of northeastern Ohio. You can read that post RIGHT HERE. It was brought to my attention by John Pogacnik, biologist with Lake County Metroparks.

Last week, John reported with an update, and the news is not good. Experts remain stymied as to the cause of the affliction, which seems to be spreading. All of the photos, and much of the text (lightly edited) that follows, is from John. Read on, and then see recent photos of affected trees following the text. All photos, I believe, were taken recently in Lake County, Ohio.

"Basically experts have been looking at it for three years now and cannot nail down a cause.  They have studied the roots, leaves, buds, and branches, but cannot find anything.  They see problems, but they appear to be there because the trees are dying or stressed and are not the cause.  Holden Arboretum has a project where they are carefully studying affected trees to document how the disease is spreading.  The Ohio Division of Forestry and US Forest Service will use this information and what I have compiled to apply for a grant to hire a grad student to study it full time.  I think that may be the way to go.


We have parks like Hell Hollow where 100% of the beech are affected.  I am seeing some prime breeding bird habitat changing drastically.  What once were dense shady stands of beech and hemlock are now becoming open and sunny.  I am seeing a decline in some of the hemlock nesting species already.  Hell Hollow has thousands of beech and I cannot find any that are not affected.  To give you an idea on how fast it spreads, at Chapin Forest I found three affected trees in 2014.  In 2015 about 25% of the trees showed signs of the disease.  This year at least 70% of the trees are affected and some are really looking bad.


It appears that the disease shows up first as a few striped leaves.  It might be just on the tip of a single branch.  My guess is that in the winter it goes down into the roots and the following year all the trees in the clone are affected.  In smaller trees later stages of the disease will have only a few leaves that are at the tips of the branches and these leaves are curled up and contorted.  There are typically unopened buds on the branches.  The trees typically do not drop the leaves until fall or winter.  The leaves come out of the buds all contorted.  They look dead upon opening in May.  The leaves and trees do not get worse later in the year.  Large trees appear to be dying from the bottom up.


It appears it originated from somewhere in the south end of the central part of Lake County.  Spread has been very rapid to the east and slowly to the west.  This tells me it is probably wind driven.  What scares me is unlike with the ash borer that leaves some trees untouched, this affects every tree.


Things to look at identifying the disease are the striped leaves.  They are best seen looking up into the crown.  Anthracnose can look somewhat similar, but lacks the striping.  The leaves also remain on the branches through summer.  They do not drop and get replaced by new leaves as in anthracnose.


I’ve attached shots showing the upper and lower surfaces of the striped leaves, latter stages of the disease, and what some of the affected areas look like.


Unfortunately for us, this is just the tip of the iceberg.  We also have emerald ash borer going through.  We also have something killing sassafras.  This might be from an Asian ambrosia beetle.  We have elongate hemlock scale at Chapin Forest and Penitentiary Glen that will end up killing hemlocks.  This is the first “wild” occurrence in Ohio.


I am also seeing large areas of dying trees that may be a result of Armillaria fungus.  At Penitentiary Glen there is an area almost 5 acres in size that is spreading outward.  These areas are kind of interesting though.  They occur in wet areas where there are seeps.  The open sunlight and rich soil increases plant growth causing a lush growth of grasses, sedges, and forbs.  The open light attracts things like red damsels, spiketails, and wetland butterflies.  Some of the oaks that are dying are 100-150 years ago.  There some amazing ecological changes going on here.  I think the extremes in weather due to climate change are stressing out the trees making them more susceptible.  Add to that the earthworms which are rapidly also getting worse and you have a an ecological disaster." 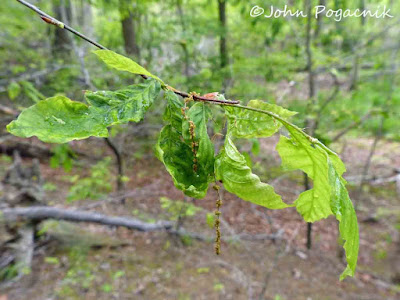 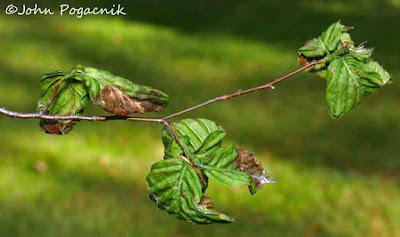 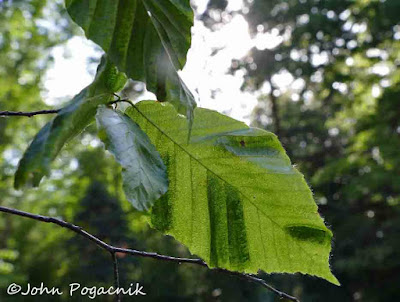 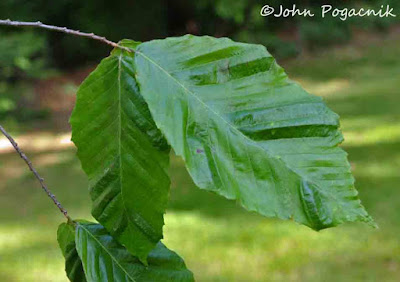 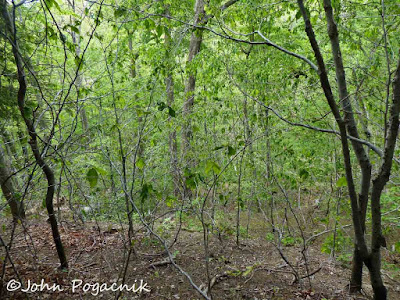 I've been seeing this recently in the NE Ohio snow belt counties, and it's so deeply worrisome. What I saw matched what John so thoroughly described. The saplings were very hard hit.

Thank you for posting John's detailed report. It doesn't look hopeful, and I can't imagine our forests without beeches.

Please keep us posted on this epidemic. I'm in Chesterland in Geauga County and my poor beeches are dying. What can I do?

I've been following this since 2014 when you first posted, and our trees are all infected. Are the trees essentially standing deadwood? Should they be removed or left standing? Will they eventually regain their health?

Well, two years have gone by since this ominous 2016 update, I've wondered if you or John had heard if the root cause of the Beech tree malady has been determined yet?

Any chance of an update for the concerned woodland owners of NE Ohio?

Here is a recent article on a possible culprit that may be causing the beech leaf disease: https://www.cleveland.com/metro/index.ssf/2018/05/newly_discovered_microscopic_w.html