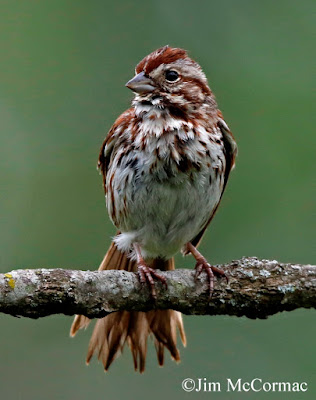 A beautiful Song Sparrow, Melospiza melodia. A very successful songbird, Song Sparrows can be found in all manner of places throughout their expansive range. For many readers, this will be one of the first birds that one hears upon exiting the abode in the morning. Yet they occur in the wildest of places, and every sort of situation in between.

I've got plenty of Song Sparrows around me, and common as they may be, I seldom overlook the shy little songsters. Back on May 15, I only had a few hours to get out and so I went over to a nearby park with plenty of biodiversity. As I stood quietly along the boardwalk, the melodious little animal featured in these photos hopped to a nearby branch, and engaged in a vigorous bout of preening. 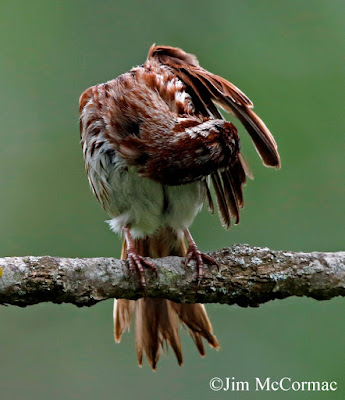 Although he was only about 25 feet away, the sparrow ignored me and set about cleaning and straightening his feathers. 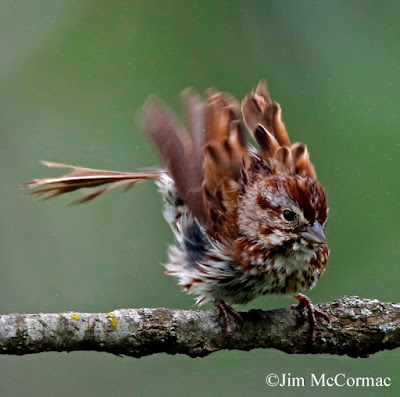 Preening in songbirds, as you may have noticed, is often accompanied with ferocious spasms of shaking. The reason for the intensity of the feather ruffling may be due to the little white dashes in the air around the bird. Click the photo to enlarge, and you should be able to see them. I suspect the airborne particles are feather mites, and violent shaking amid the preening may serve to dislodge some of the parasites. 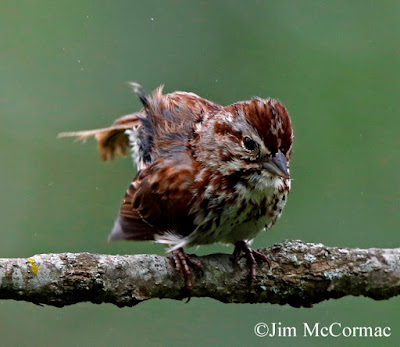 More of the presumed feather mites drift from our bird, as he comes out of the shakes. 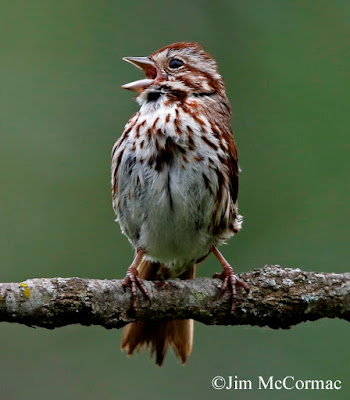 Even while busily occupied with grooming, the sparrow cannot help himself and pauses to deliver a beautiful melody. 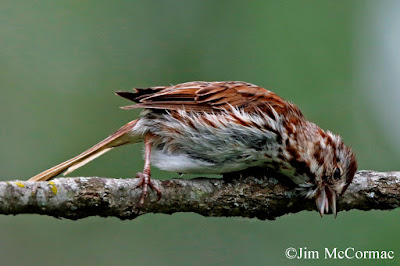 Careful preening entails all sorts of gymnastics, including rubbing one's head along a rough branch. Judging by the sparrow's slack-jawed gape and lolling tongue, that must feel pretty good. 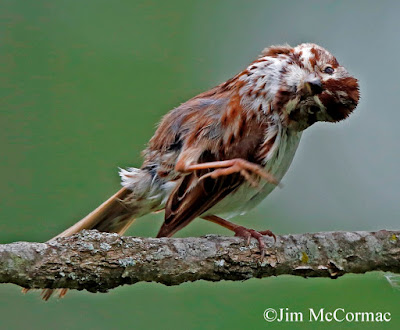 I won't even attempt an interpretation of this pose. Looks a bit like he's flashing a gang sign, though. 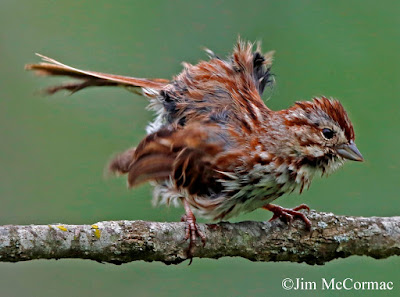 Back to some energetic feather ruffling. 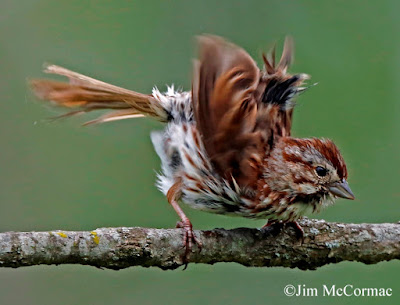 I love to shoot birds as they preen or otherwise fidget and shake. Rather than set my shutter speed to something lightning fast, like 1/4000 which would freeze everything, I sometimes prefer a much slower speed. This image was at 1/1000 - fast, but not nearly enough to completely stop the bird's motion. But we end up with a beautiful swirl of feathers, as if the bird is moving in the photo. Note the eye and head, though - sharp. Always aim for the eye when shooting animals. 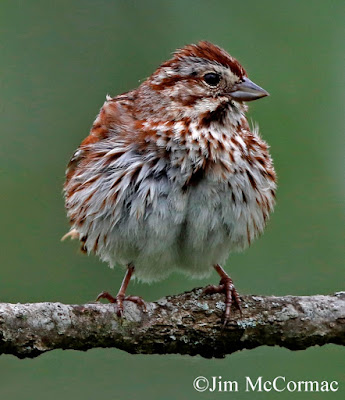 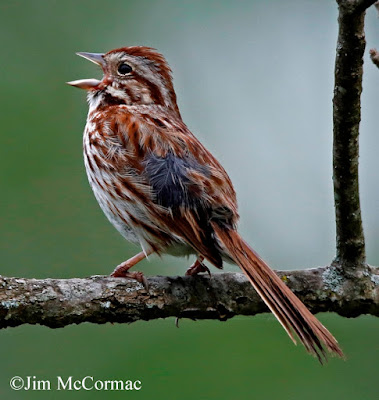 Seeing those tiny mites makes me itchy. I like seeing birds doing something in a photo. You see so many portraits especially of our garden birds. It is fun to see them in action.

My favorite bird! Love the way they sing to us even in the chill of winter.

The camera tips are always appreciated.