A gallery of moths, from Mothapalooza

The last weekend in June saw the epic Mothapalooza conference take over Burr Oak State Park's lodge with 150 avid moth-ers. A definite highlight was the nocturnal field trips. Both Friday and Saturday night involved heavy duty mothing, with trips departing shortly after nightfall, and many attendees did not return until 2 or 3 am.

We had five mothing stations (illuminated sheets) scattered about, all within a few miles of the lodge. Each of the stations recorded lots of moths, but Diane Platco Brooks' Brookside Haven property was the standout. She kindly allowed dozens and dozens of people to invade her property each night, and swarm excitedly around the sheets ogling all manner of cool moths. Pretty awesome.

Following is a gallery of select moths that we recorded during Mothapalooza. Many of these photos were made at Diane's place. This is but a sampling; Mothapaloozians recorded many, many more species than what I have shown here. 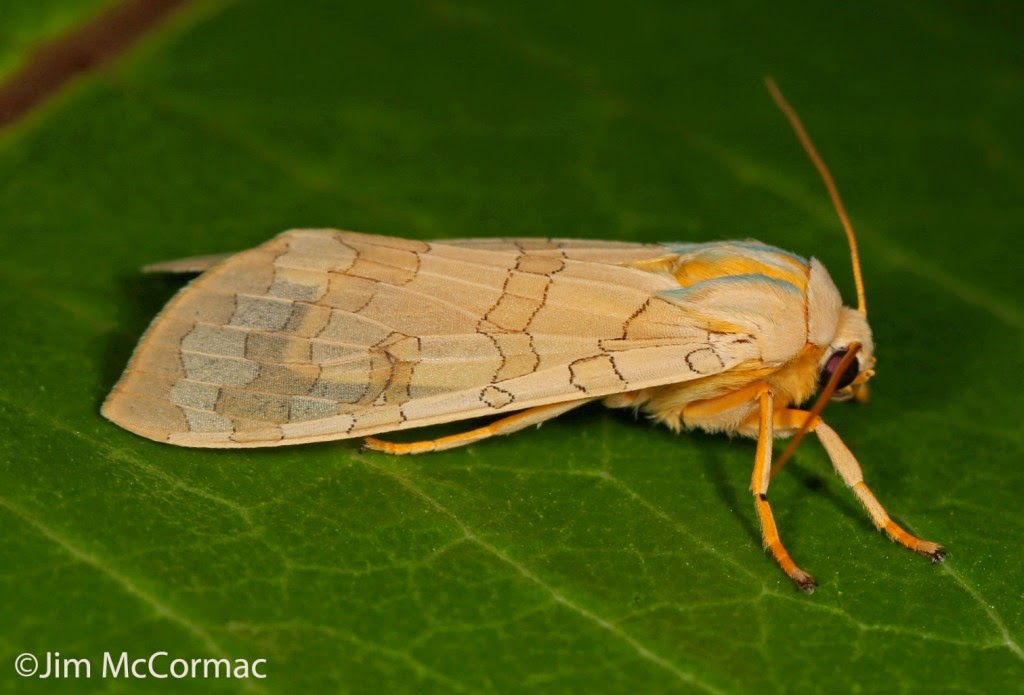 Banded Tussock Moth, Halysidota tessellaris. This was one of the most common species at the sheets. Note the cream and aqua racing stripes adorning the thorax. 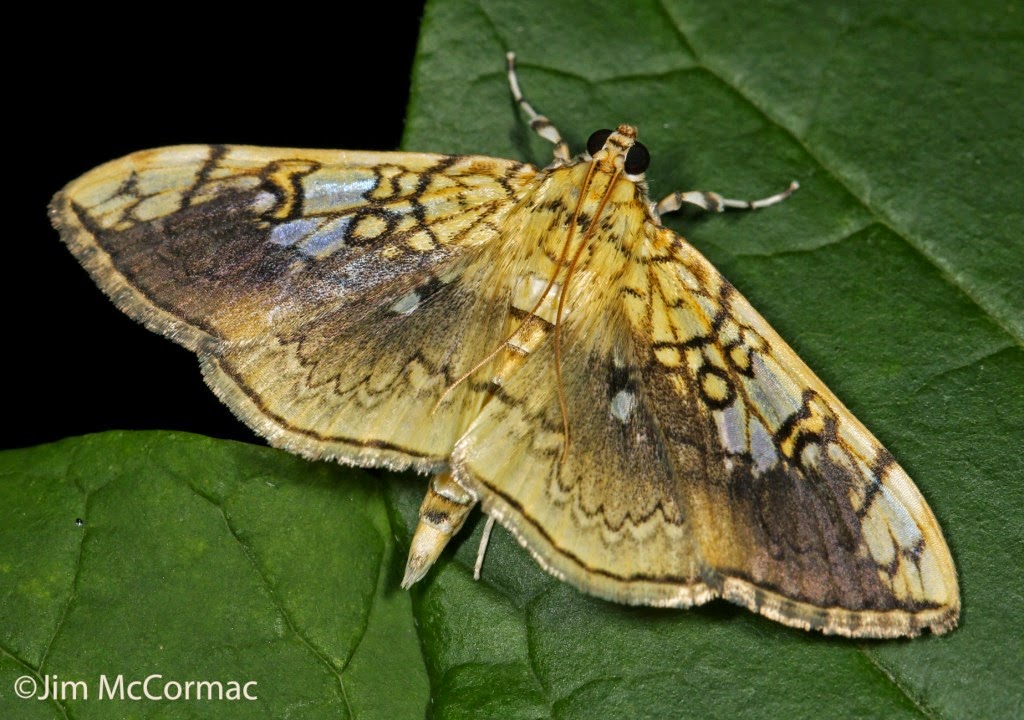 A "life moth" for me, and many others, the Basswood Leafroller, Pantographa limata. 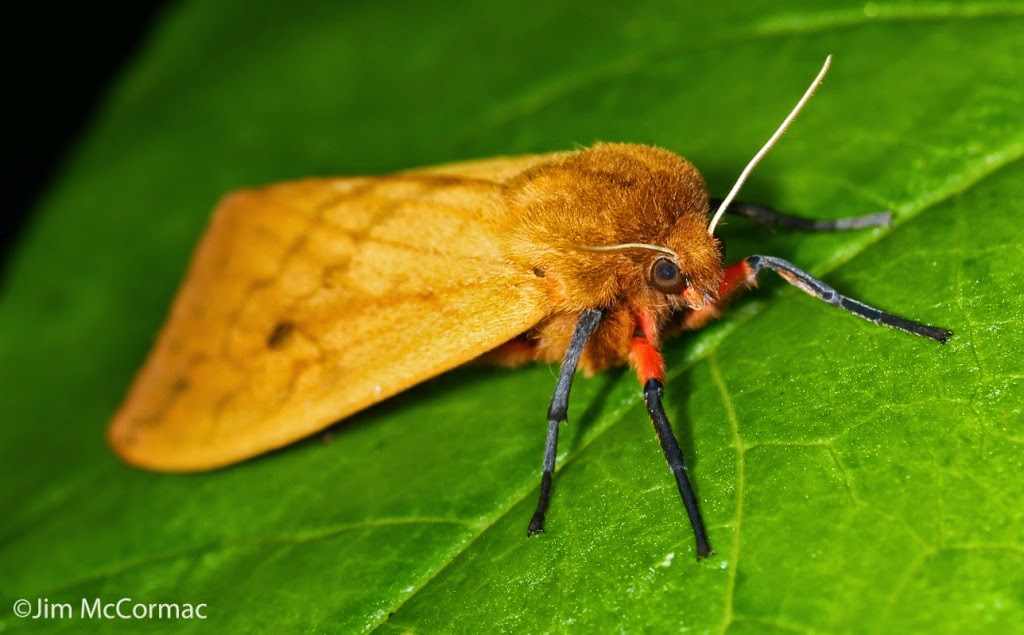 Nearly everyone knows this species' caterpillar, the Woolly-worm, purported larval forecaster of winter's severity. This is what Woolly-bears grow up to be - the Isabella Tiger Moth, Pyrrharctia isabella. 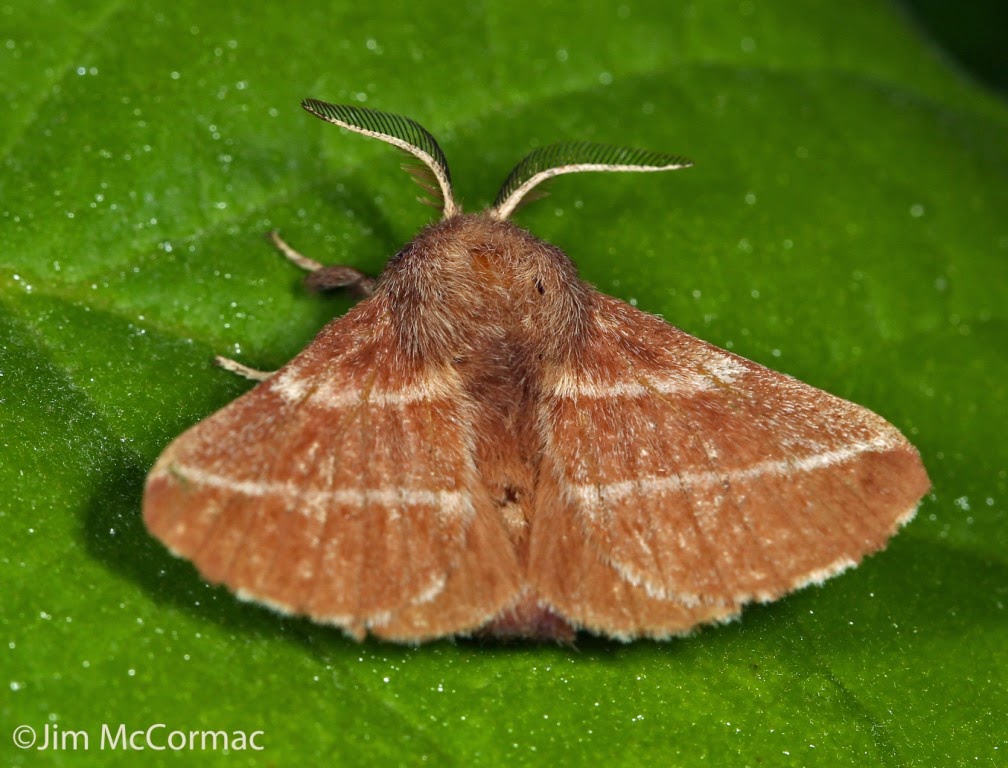 An Eastern Tentworm, Malacosoma americanum, a rather handsome little moth, if you ask me. Its caterpillars are also far better known than the adult moth. They make the messy silken bags, mostly in cherry trees, that are so conspicuous in spring and early summer. 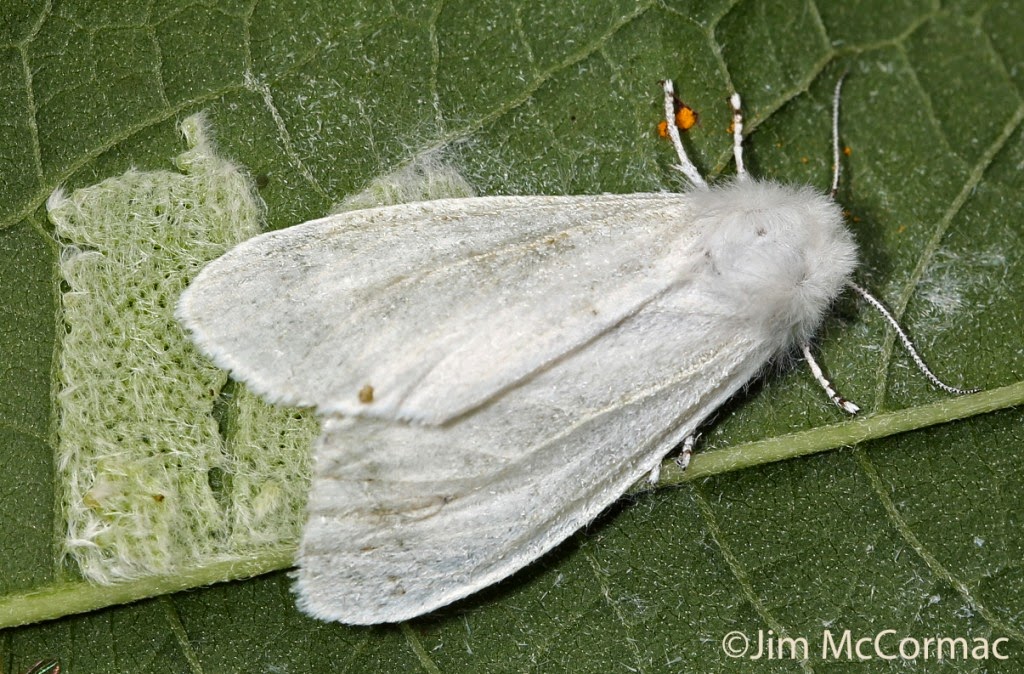 We caught this Fall Webworm Moth, Hyphantria cunea, in the act of carpet bombing a leaf with her eggs. This is the species that makes the big messy silken tents in a variety of trees in late summer and fall. There's a good reason that she, and most other moths, lay so many eggs. The mortality rate of the caterpillars is extremely high, as many predators hunt them and eat them. 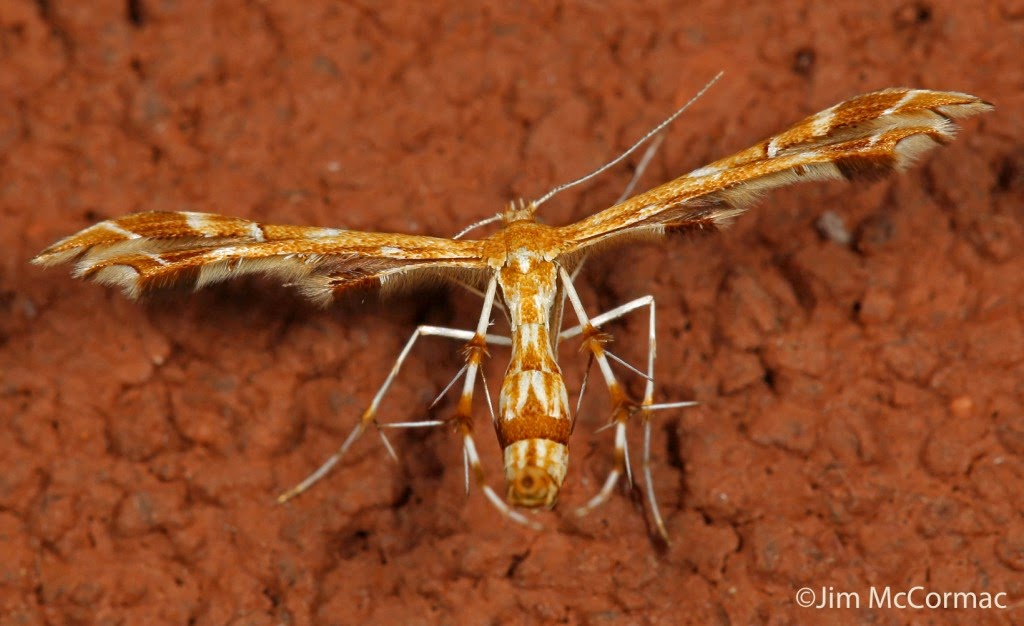 This is a Grape Plume Moth, Geina periscelidactylus (the name is bigger than the moth). Plume moths are very distinctive when at rest due to the cross-like posture of the animal. 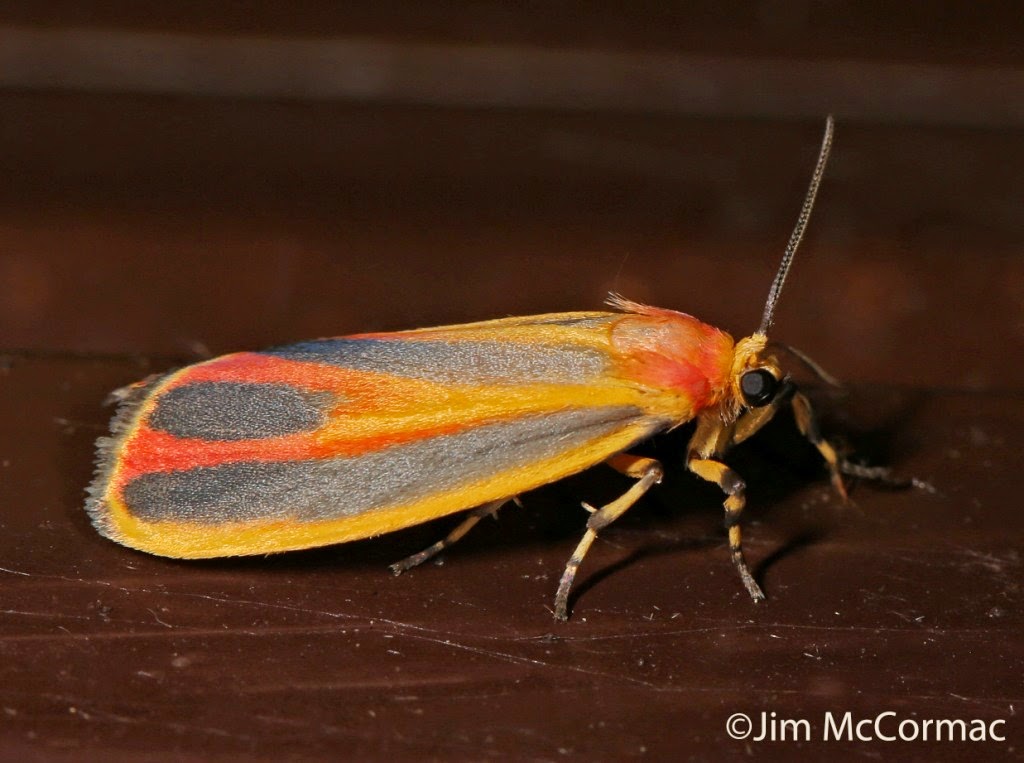 Stunning in hues of burnt orange and scarlet is this Painted Lichen Moth, Hypoprepia fucosa. The caterpillars feed on lichens, hence the name. 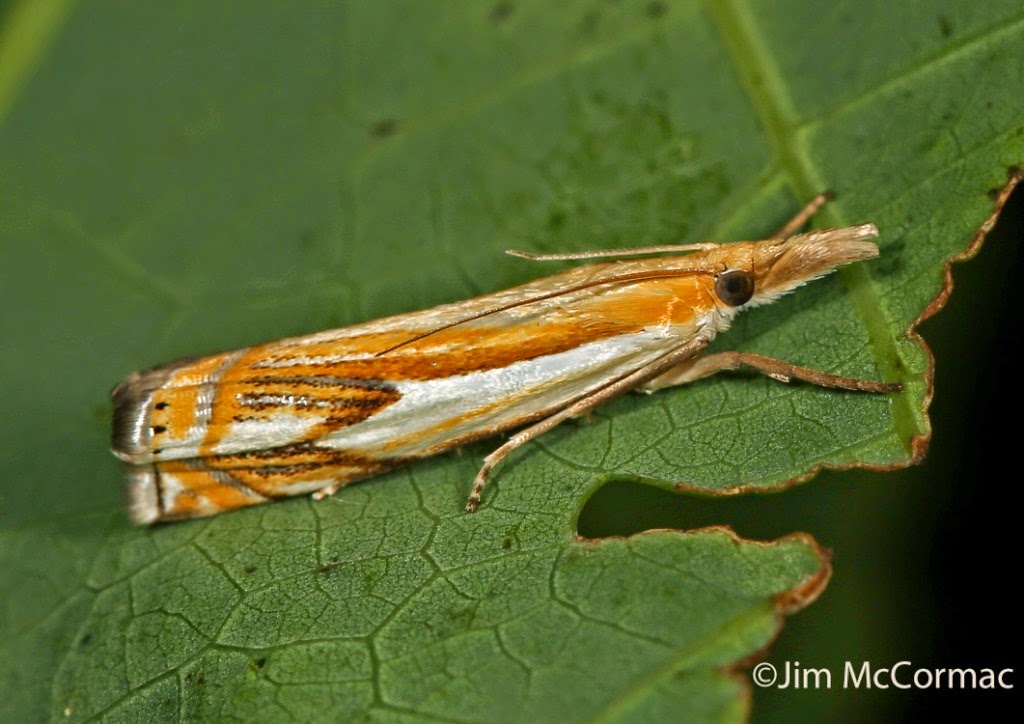 Extraordinarily tiny and easily overlooked are the grass-veneers, but they are always worthy of close inspection. This is a Pasture Grass-veneer, Crambus saltuellus. 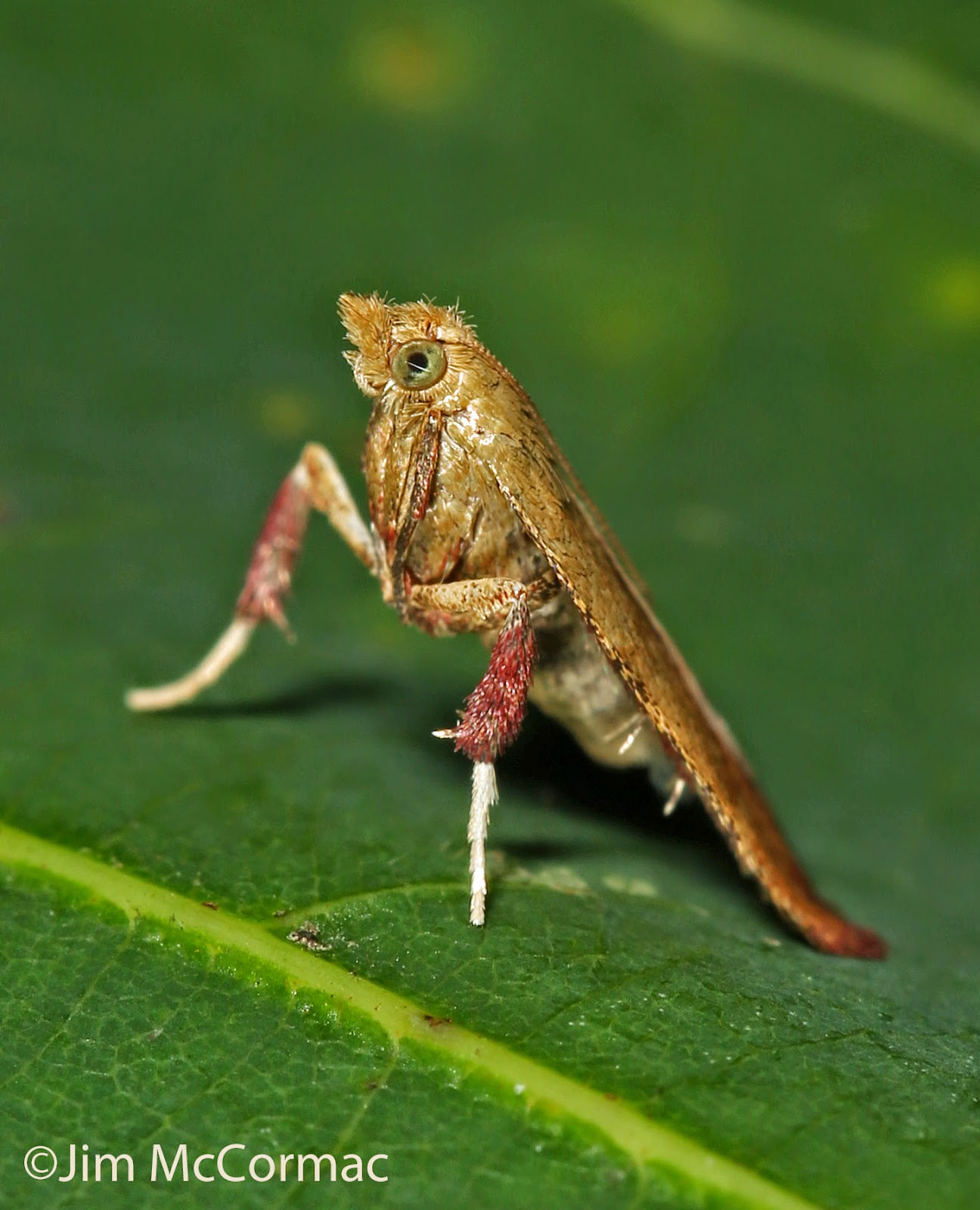 My friends David and Laura Hughes refer to the Caloptilia moths as "push-up moths", and it's easy to see why the name fits. This is a Sassafras Caloptilia Moth, Caloptilia sassafrasella. 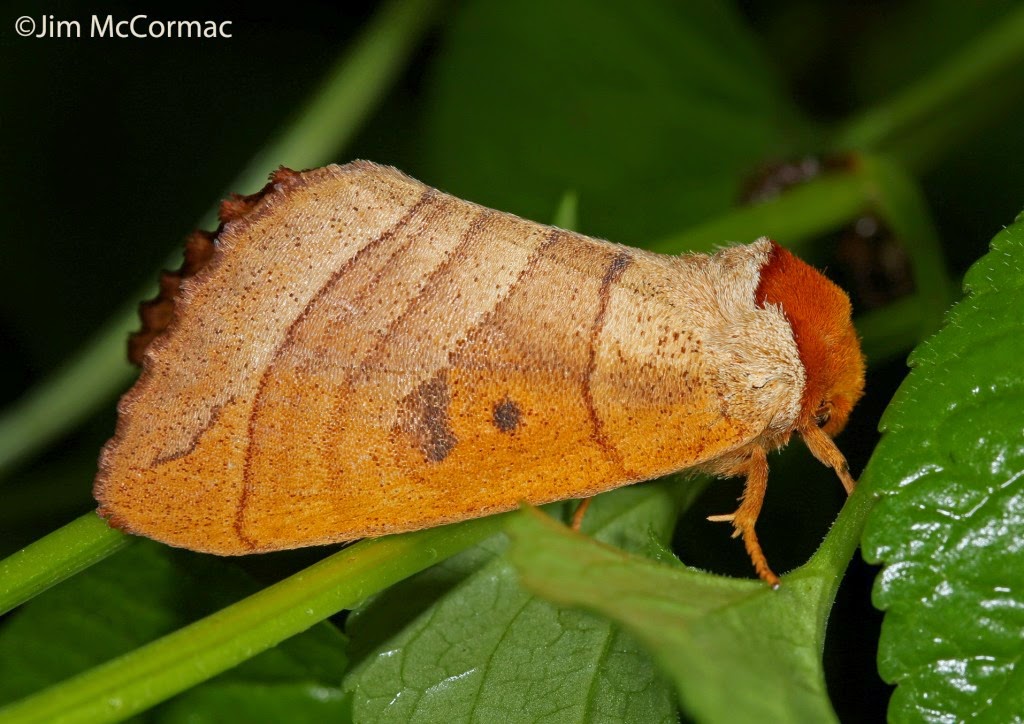 I am partial to the Datana moths, in spite of the fact that identifying them is not always straightforward. I believe this is the Spotted Datana, Datana perspicua.Note its flat fuzzy orange face - quite odd, indeed. 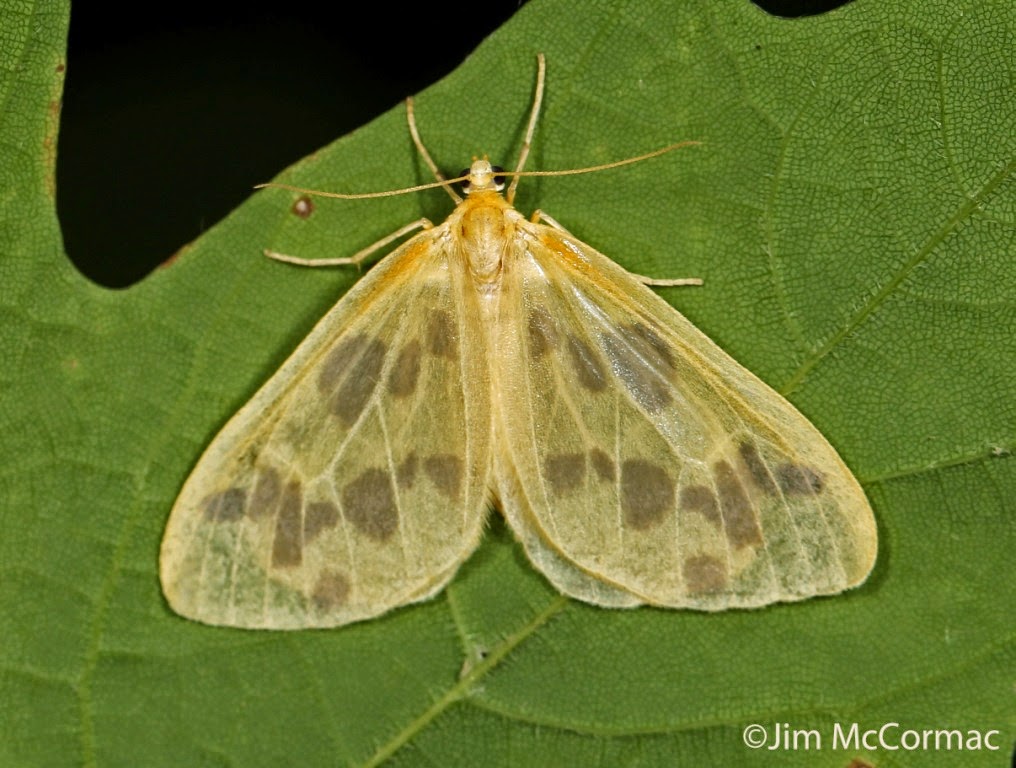 The Beggar, Eubapha mendica, is a subtle beauty; its pale cream coloration is difficult to accurately capture in photographs. 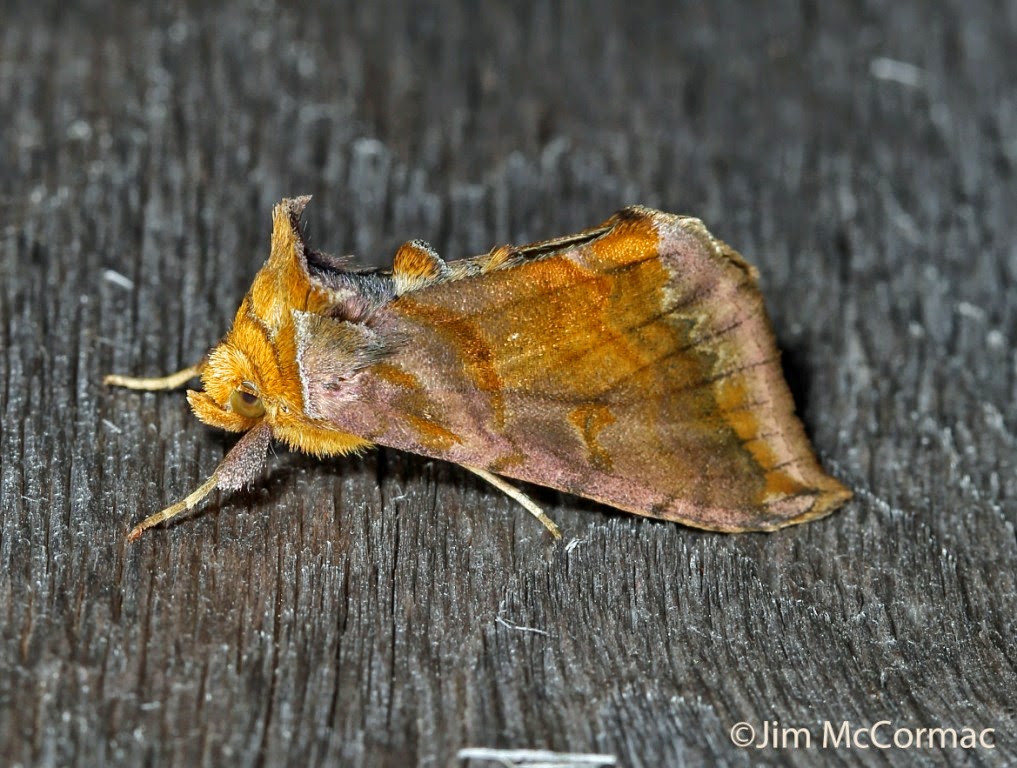 Looking a bit surly is this Unspotted Looper, Allagrapha aerea. Maybe it's because he has humps on his back and a rhinoceros' horn. Even an artistic madman deep in the throes of a psilocybin mushroom trip couldn't create these sorts of creatures. 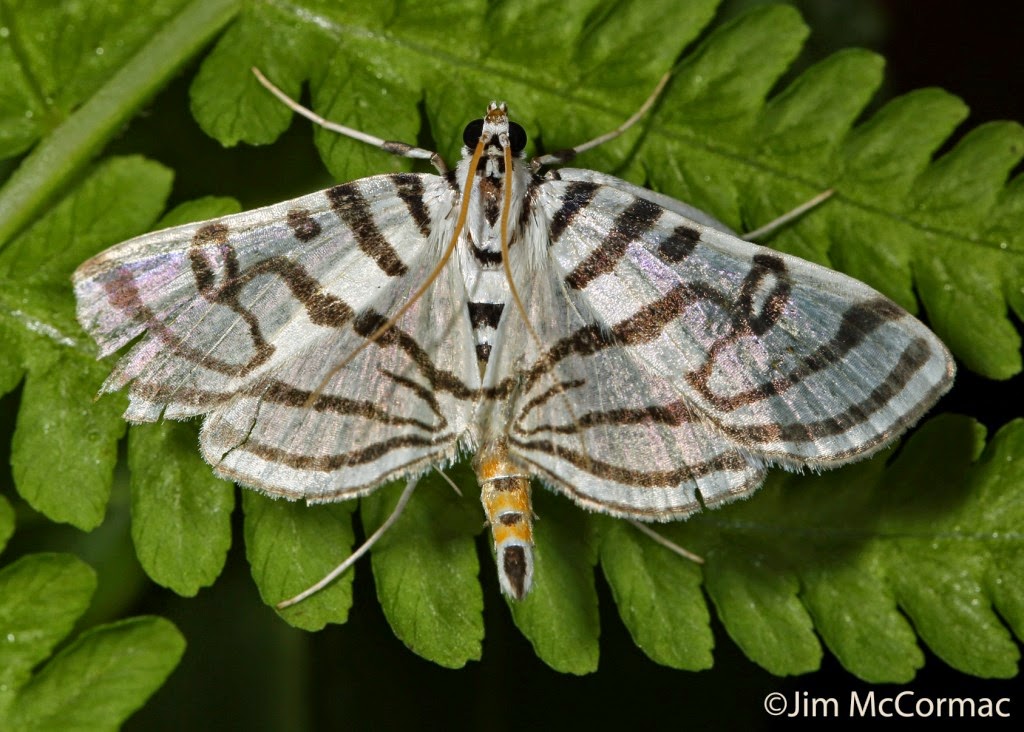 In spite of being a bit tattered and faded, this Zebra Conchylodes, Conchylodes ovulalis, is still an extraordinary animal. I'll look forward to finding and photographing a brand new, totally fresh one someday.

We are already scheming to make Mothapalooza III better than ever, and hope to square the venue and dates within the nest few weeks. You'll definitely want to get tickets.

What beautiful photos! Thank you for coming to the EPN breakfast today. Loved your passionate and engaging presentation - it really resonated with everyone.

Thank you, Lauranne! It was a pleasure to be invited to speak at the EPN.

What a great collection of moth photos!