Skunk-cabbage is up, spring is here 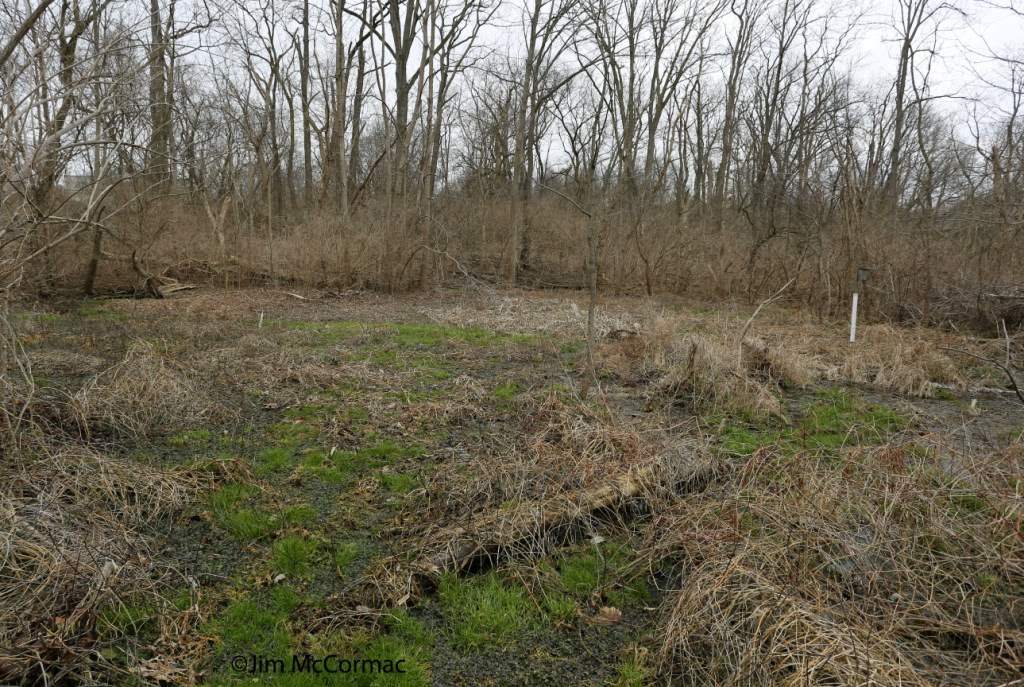 I post on this subject nearly every year, and make no apologies for redundancy. Come mid-February, our first true wildflower springs from the mire and goes about blooming in its own inconspicuous way. I am fortunate that I have a patch of Skunk-cabbage, Symplocarpus foetidus, just ten minutes from my house. So, come sometime in the midst of our second month, I make my way to the undistinguished piece of mire pictured above. Donning muck boots, I plod in, camera in hand. 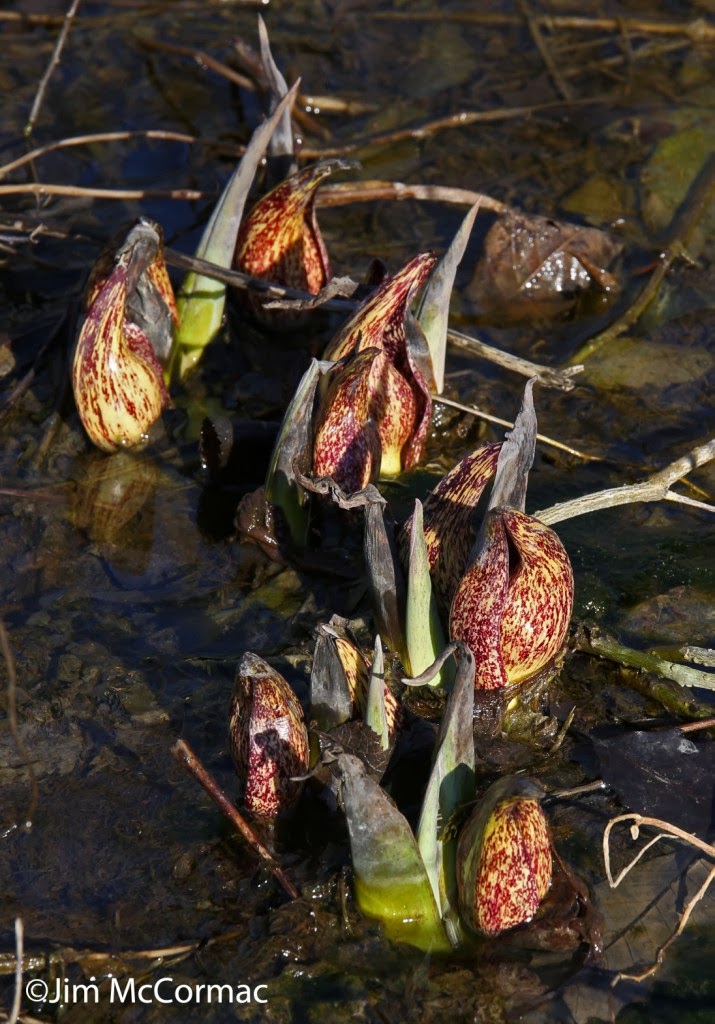 I was at the cabbage patch last Saturday morning, and was not disappointed. A great number of the odd arums had thrust forth, and many of the liver-spotted spathes were fully developed. There isn't much variation in blooming time. You can pretty well be assured of finding the skunks in bloom, at least at this patch, in the second or third week of February. This winter has been brutal, with lots of cold and extended snow and ice cover. Had I gone here the prior weekend, much of the quagmire probably would have been covered in a sheet of snow. Nonetheless, the Skunk-cabbage would have been pushing out of the muck even then. This plant is thermogenic, or capable of producing its own heat. That's a huge advantage when trying to get a big jumpstart on spring. I've written in more detail about the curious workings of Skunk-cabbage HERE. 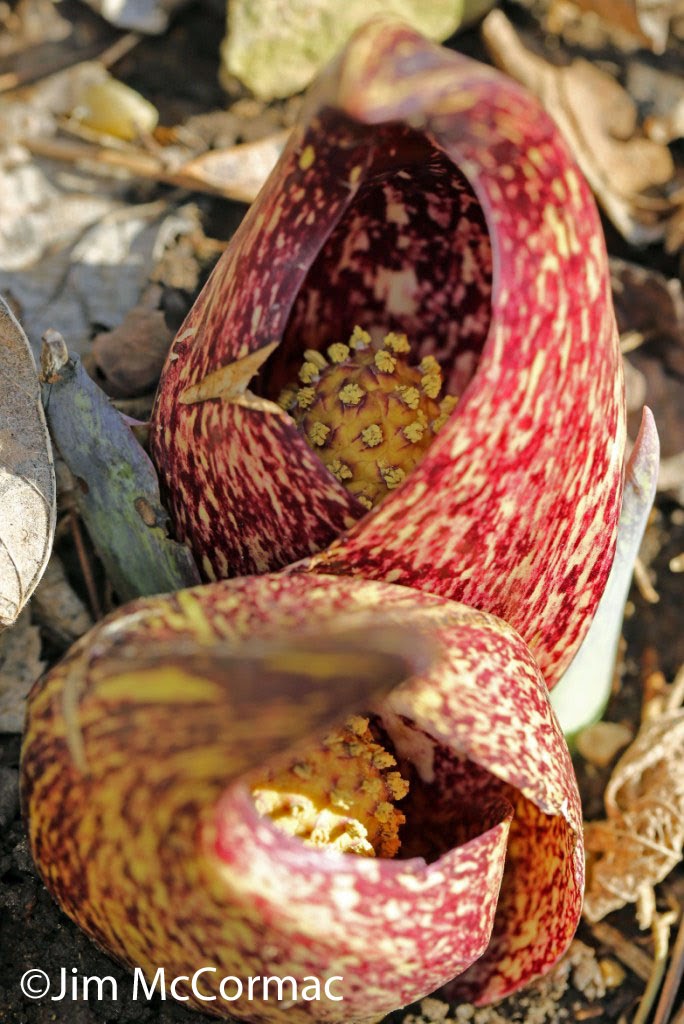 By looking down into the gap in the spathe, we can see the club-shaped spadix. It is covered with very simple, tiny yellowish flowers. And there they are: The first true wildflowers of spring. Nothing grandiose, like a trillium, bluebell, or wood poppy, but these little flowers precede the better known and more conspicuous wildflowers by a month or more. 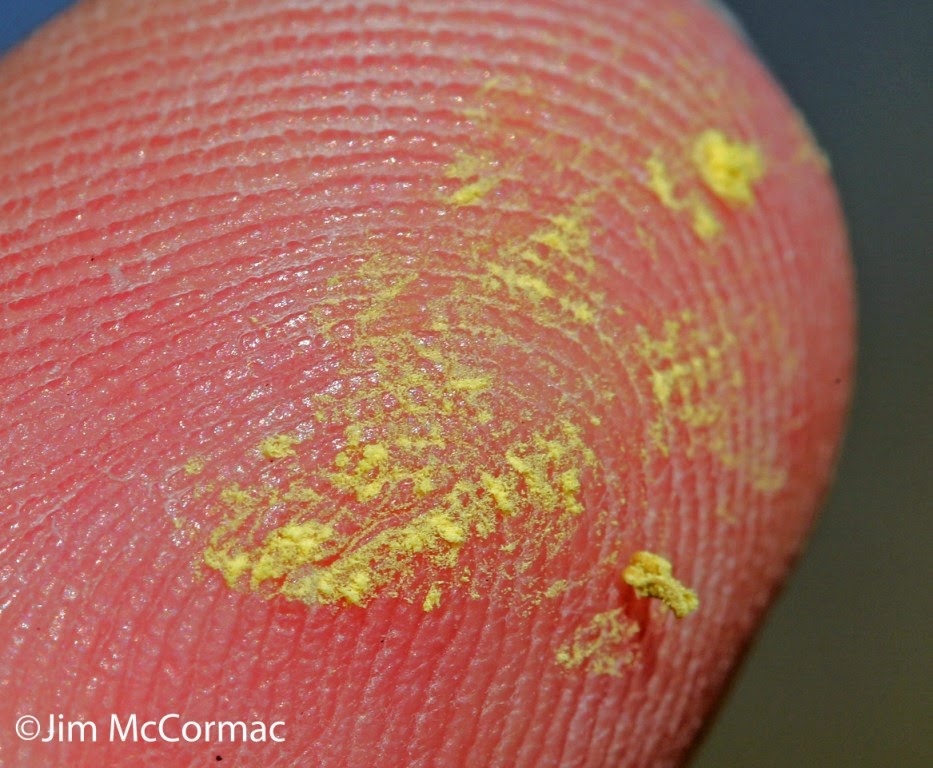 I dipped my finger into one of the fleshy hoods and brushed a spadix. And there's the proof of flowering, Skunk-cabbage pollen. Not only is this pollen evidence of the skunker's flowering, it is indisputable proof that spring has sprung - a far better and more accurate marker than the prognostications of some groundhog.

thanks, Jim -- I need to head out past my reliable skunk cabbage spot!!

Things a bit more grim this far north. Around Ann Arbor we still have a solid snow cover, are living life in the daytime single digit highs, and have yet to see any of our little ice melter friend poking up through the snow. I suppose we are a little behind you in terms of that sort of schedule, so time will tell, but this winter has been worthy of the name "boreal".