This coming Saturday, February 8th, the Ohio State University's Museum of Biological Diversity throws its doors open for its annual open house, and you'll want to stop in. Hours are from 10 am to 4 pm, and the museum is at the easily accessible location of 1315 Kinnear Road, Columbus, OH 43212. Here's the link to their WEBSITE.

The museum, which is an academic ark of a mind-spinning array of items of biologia, is not normally open for visitation. Saturday's open house marks the 10th anniversary of this event, which has allowed thousands of people to enter and ooh and aah over the goods assembled within the building.

Luciana Gusmao and Sarah Hazzard provide scale to a truly gargantuan "clam". Sometimes called the "man-eating giant clam", it is perhaps better known as Tridacna gigas, which is the world's largest living bivalve mollusk. While trumping the museum's other "clam" specimens in the size department, it is but one of over 98,000 specimens of molluscs housed within the museum.


This may be your only opportunity to see a Kiwi in central Ohio, even if it is only a specimen. Thousands of species are housed in the bird range, and many of the most interesting will be on display this Saturday. Also within the building is the Borror Lab of Bioacoustics, which contains over 40,000 recording of birds and other noise-making animals.

The museum will have all its experts on hand as well, so that you may be depart with massively more knowledge of the natural world than before you entered the museum's doors.

The museum's insect collection is truly staggering. It contains in excess of 3.5 million specimens, including this tray of purplish copper butterflies. Believe me, there are some stupendous bugs in there, both great and small. 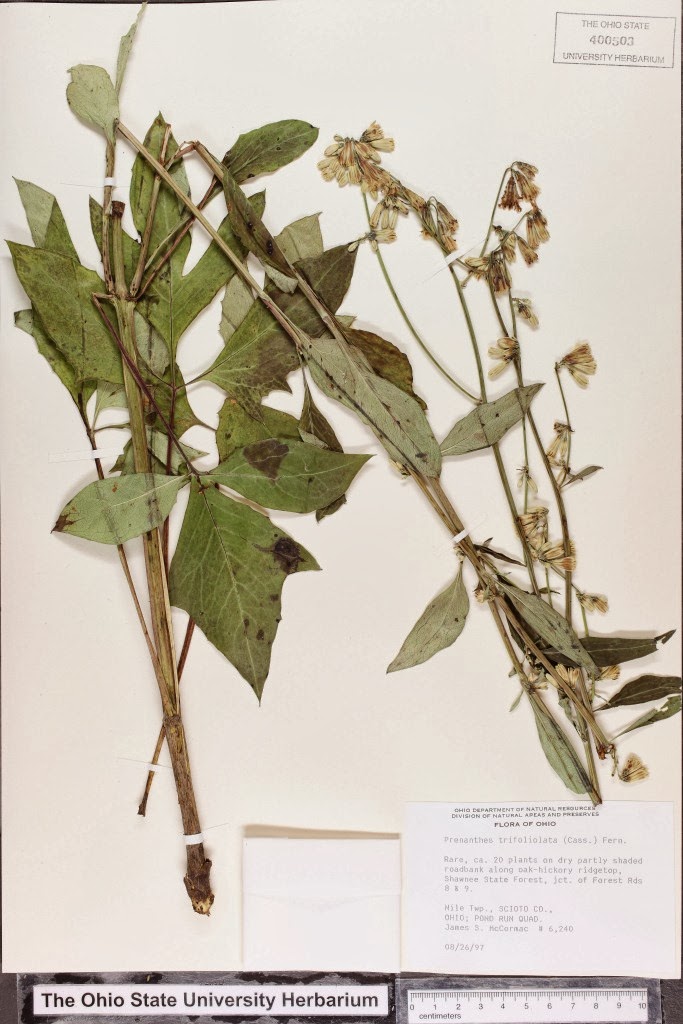 I've spent many an hour inside the Museum of Biological Diversity, and am proud to have scores of my own specimens housed within the museum's herbarium. They are but a small chunk of the half million vascular plants, mosses, algae, lichens, molds and fungi that are archived in the herbarium.

This sheet, as a plant collection is known, is of a tall coarse plant known as gall-of-the-earth, Prenanthes trifoliolata. It is a rather significant collection in that it documents the first record of this species in Ohio. 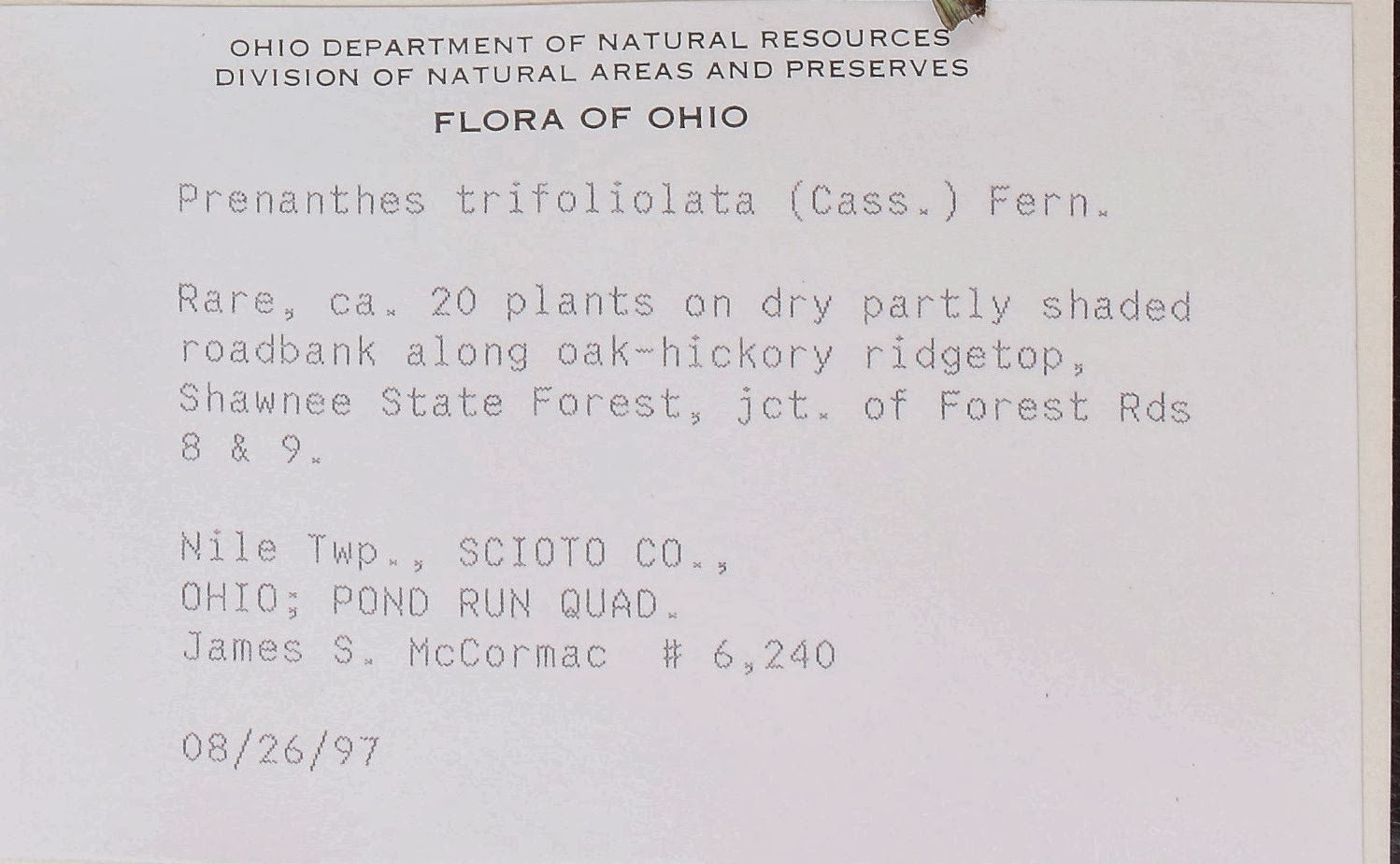 The vast store of specimens within the Museum of Biological Diversity are immensely valuable, and are anything but dead collections. Each specimen is a permanent record, like a book in a library. These collections are in constant use by researchers writing books on flora, or delineating species lines in insects, or studying variation in crossbills, or any of myriad uses. We have used the collections numerous times for photographic purposes, such as when detailed macro shots of butterfly wings were needed for a publication on Ohio's butterflies. Nearly all of the recordings on the Ohio Division of Wildlife's popular series of Ohio bird CD's (songbirds, waterbirds, warblers, owls) were taken from the Borror Lab's vast collection.

If you get the chance, be sure to stop by the museum next Saturday, and take your kids. Directions and other details are RIGHT HERE.

I was all geared up to go until I realized that they probably have a fine collection of snakes, too.

Sigh. I will be with my "scout," though, so hopefully there will be ample warning prior to rounding a corner to be confronted with a realistic diorama.

I know, I know, I really need to do something about this phobia or people will stop calling me Nature Girl.