A brief essay in defense of poison ivy 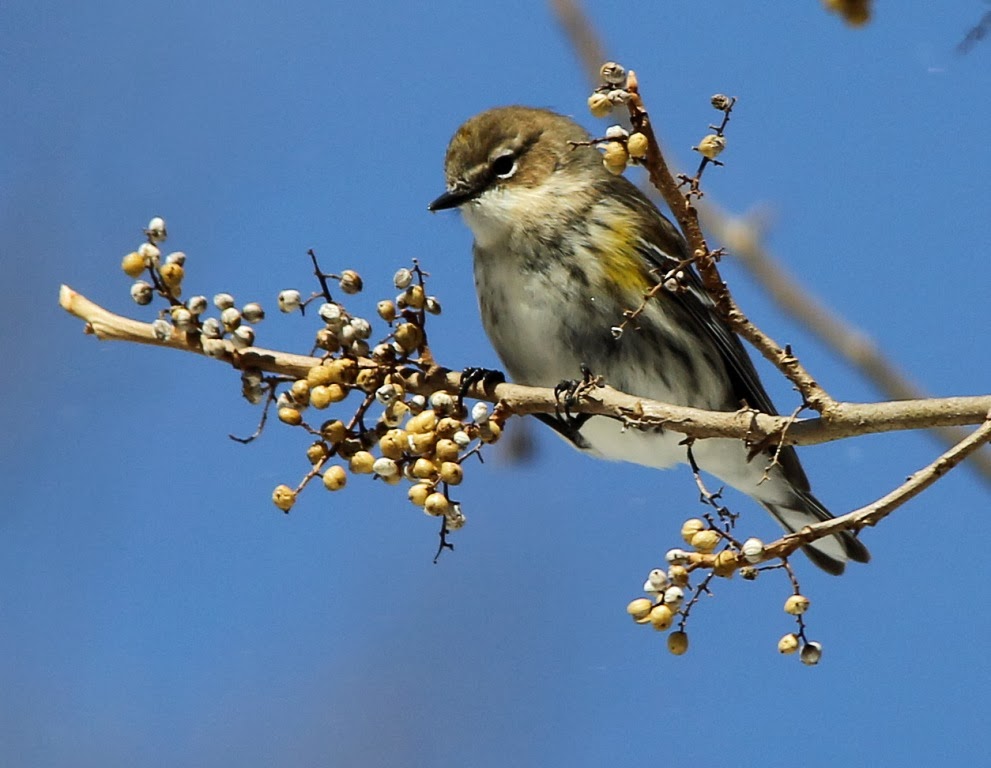 A Yellow-rumped Warbler amid masses of poison ivy berries


Not all animals let poison ivy be

“Mammals, a day of reckoning is coming. That’s right: The same plants and flowers that you saw crawl from the primordial soup will reclaim the planet.”
— Dr. Pamela Isley, aka Poison Ivy, a nemesis of Batman

Even the botanically illiterate know poison ivy. Toxicodendron radicans is probably the most despised plant in its range, which covers eastern North America. Plants in the genus are infused with urushiol, a compound that causes a blistering dermatitis.

We’re often rash in condemning the beautiful native plant. Poison ivy, if it were not chemically caustic, would make a fine ornamental. It often grows as a high-climbing liana, providing interesting ornamentation to its supporting trees.

The tired axiom “Leaves of three, let it be!” refers to the showy leaves, which are cleft into three leaflets. Many plants have leaves of three, but few are as showy as those of poison ivy. In fall, its leaves turn rich maroon — botanical fireworks punctuating the woodlands.

Although people might overlook poison ivy flowers, the bugs don’t. Legions of valuable insect pollinators sate themselves on the rich nectar.

Poison ivy fruit is a wintertime staple for birds and other animals. The hardy yellow-rumped warbler depends on the berries to ride out the winter. So do bluebirds, robins, mockingbirds and many other species. A number of mammals also eat the berries, and others use the dense vines as shelter. These creatures are obviously immune to the itch factor.

But at least a dozen species have cracked poison ivy’s chemical code and can eat the plant with impunity.

Ironically, two of the ivy-eating caterpillars become gorgeous moths. The eutelia is a flying piece of postmodern art colored in chestnut, reddish-brown and white. The showy emerald is an exquisite moth clad in jade and trimmed with ivory stripes.

Ninety-nine percent of the poison ivy co-evolved caterpillars won’t make it to the moth stage. They will become bird food, just as will most of the ivy’s berries.

Naturalist Jim McCormac writes a column for The Dispatch on the first and third Sundays of the month. He also writes about nature at www.jim mccormac.blogspot.com.
at February 02, 2014

I guess I am a poison ivy fan indirectly. I have seen three yellow-rumped warblers in three different local parks recently eating poison ivy berries. And, I remember going to one particular area on a local park during the fall migration last year where I knew there were a lot of poison ivy vines because that area attracted a lot of migrants.

I could not possibly count the number of species I have seen on poison ivy.

Being one of the few people who is not sensitive to it chemical charms, poison ivy cluster always bring warm childhood memories back. I could crawl in there and no one could find me, and if the accidentally did, they could not get to me.