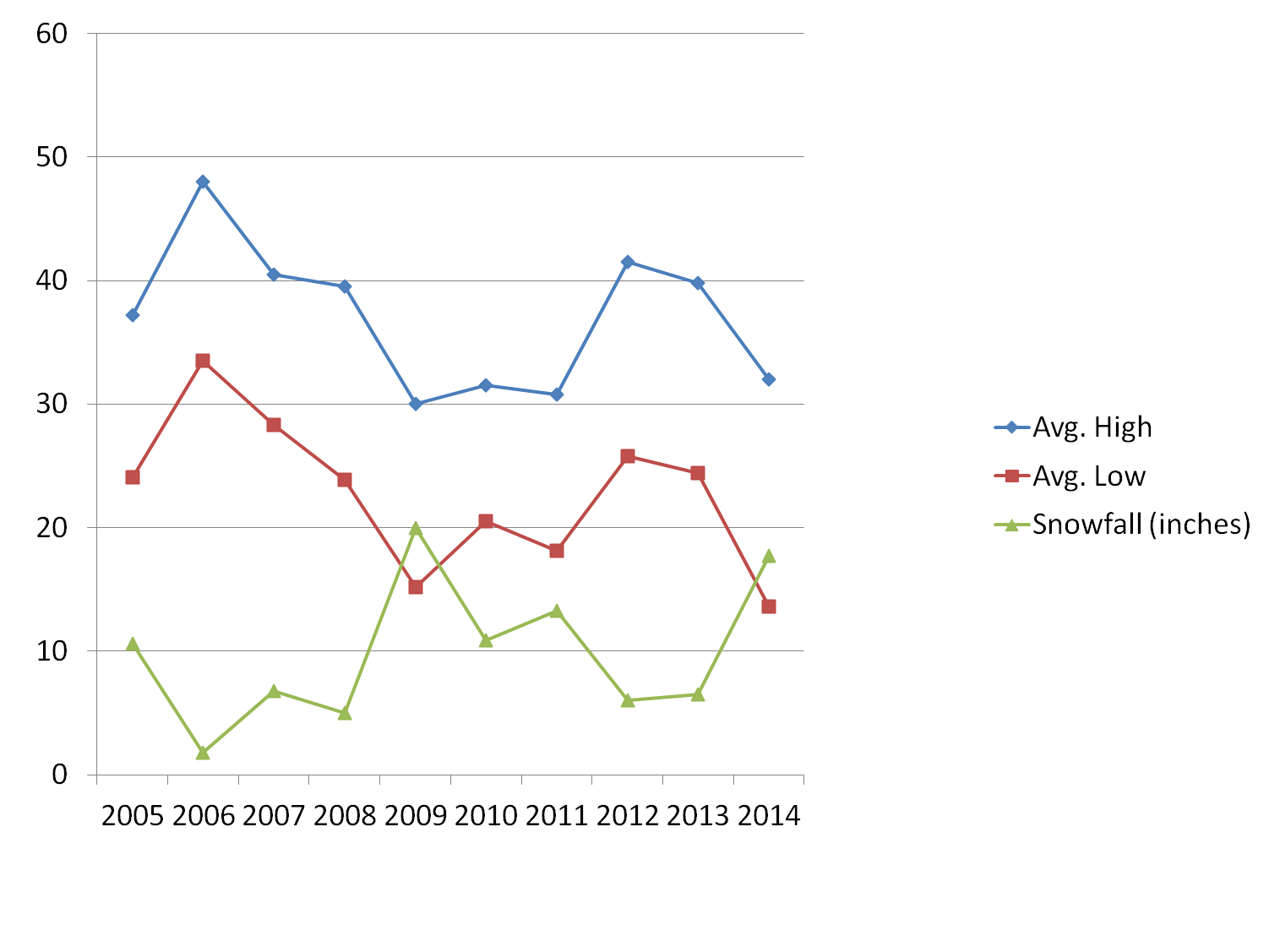 If you live in Ohio, or anywhere in the Great Lakes States, you likely feel that this has been a long, cold winter. Well, it has, especially in comparison with winters of the decade past. The above chart shows the average high and low temperatures, and snowfall, of the last ten January's. January is the month that might best be considered as the dead of winter, and we just came through a cold one. The only year that compares is 2009, which had slightly greater snowfall, slightly lower average high temperature, but could not quite match 2014's average low temperature of 13.6 F. 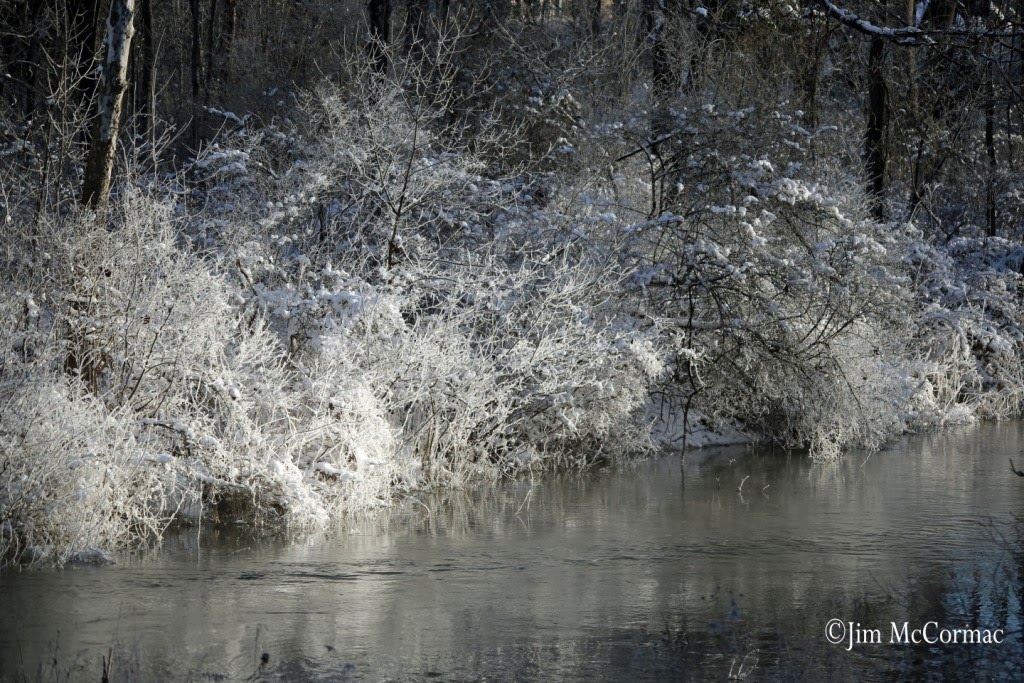 I made this photo on the morning of January 4th, when the temperature was about 0 F. It shows a small stream in Hocking County, its buffering shrubs clad in ice and the water in the creek practically freezing over before our eyes. 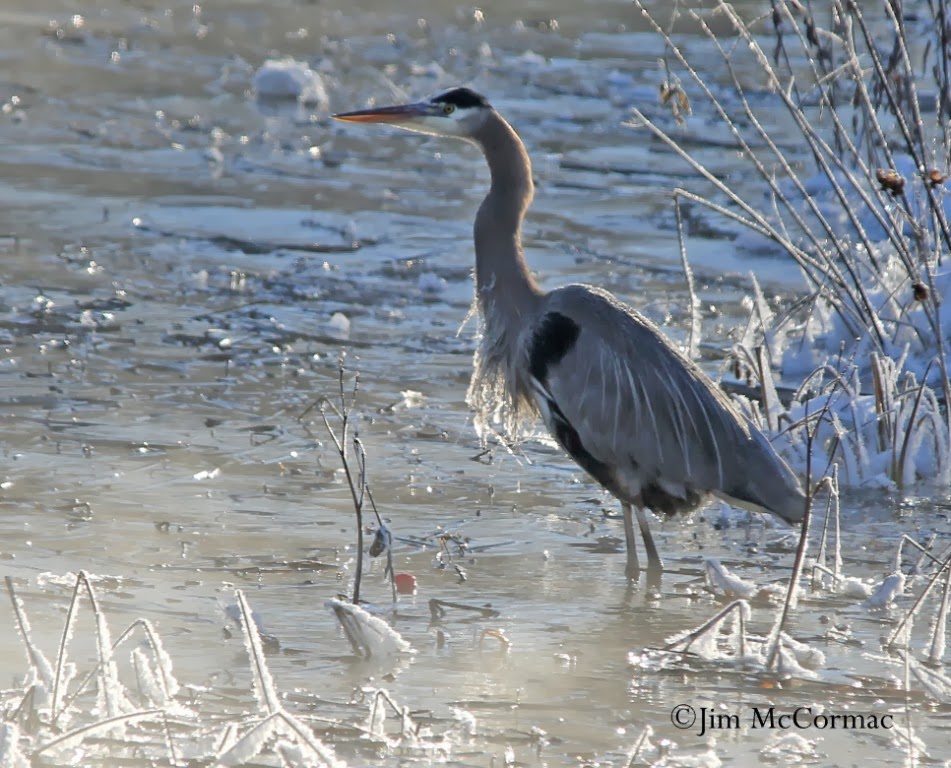 On the creek bank, directly opposite of the rime-coated shrubs, stood this hardy Great Blue Heron. Note how its plumes drip icicles, and the slushy consistency of the freezing water in which the bird stands.

Often one of the first thoughts to pop into an observer's mind is: "why do its feet and legs not freeze"? Ours certainly would. If we were to roll up our pant legs, doff our shoes and socks, and go stand in that stream, it wouldn't take long at all before we'd be suffering severe frostbite/hypothermia. 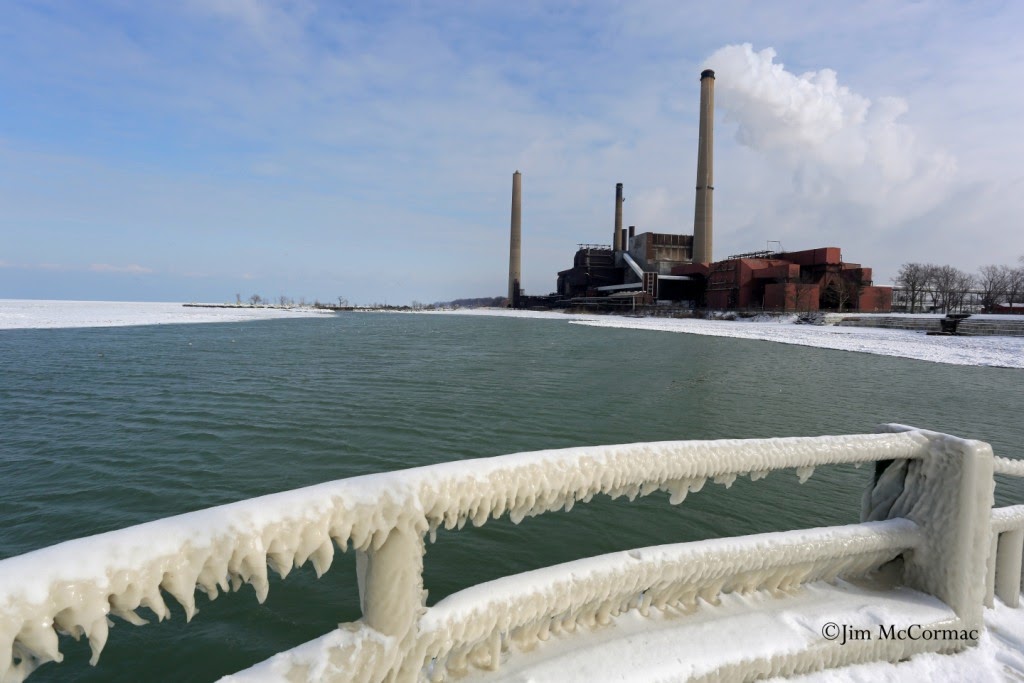 Some of Ohio's most reliably brutish winter conditions occur here, behind the power plant on Lake Erie at Miller Road Park. The plant's outflow of warm water keeps open a sizable lead, even when the lake is frozen into a giant block of ice. The birding is often impressive to say the least. Undeterred by the bitter cold and frigid water, the lead teems with waterfowl and gulls. 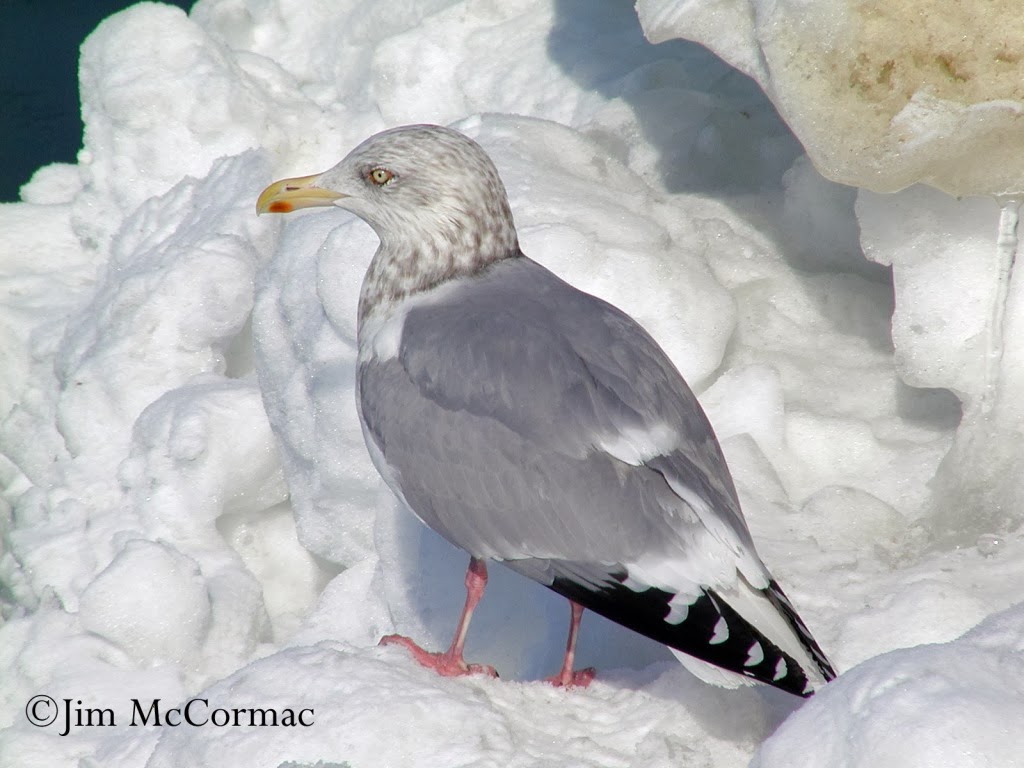 A beautiful adult Herring Gull balances atop bubblegum-pink legs on a frozen ice flow. It is unfazed by the frosty substrate, and when it drops into the water to snare gizzard shad, the near-freezing water will not be a bother, either.

The ability of gulls and ducks, in particular, to endure water temperatures that would soon kill even the most avid Polar Bear Club swimmers, has always fascinated me. We'll be safely ashore and bundled up in layers of the latest in cold-repellant materials, and still shivering as we gape through optics at frolicking goldeneyes, mergansers, scaup, and gulls. This is how birds keep from freezing off their extremities, at least in major part. A specialized system of arteries and veins known as the rete mirabile (ree-tee meer-ab-il-ee). The rete mirabile is an intricate meshwork of arteries pumping warm blood fresh from the heart, and veins returning cooler blood back to the heart. The elegant webwork of small veins transfers blood between the two types of conduits, effectively minimizing heat loss and allowing extremities to remain warmer than their surroundings. This system is akin to having an electric blanket sewn under your skin, in a way. 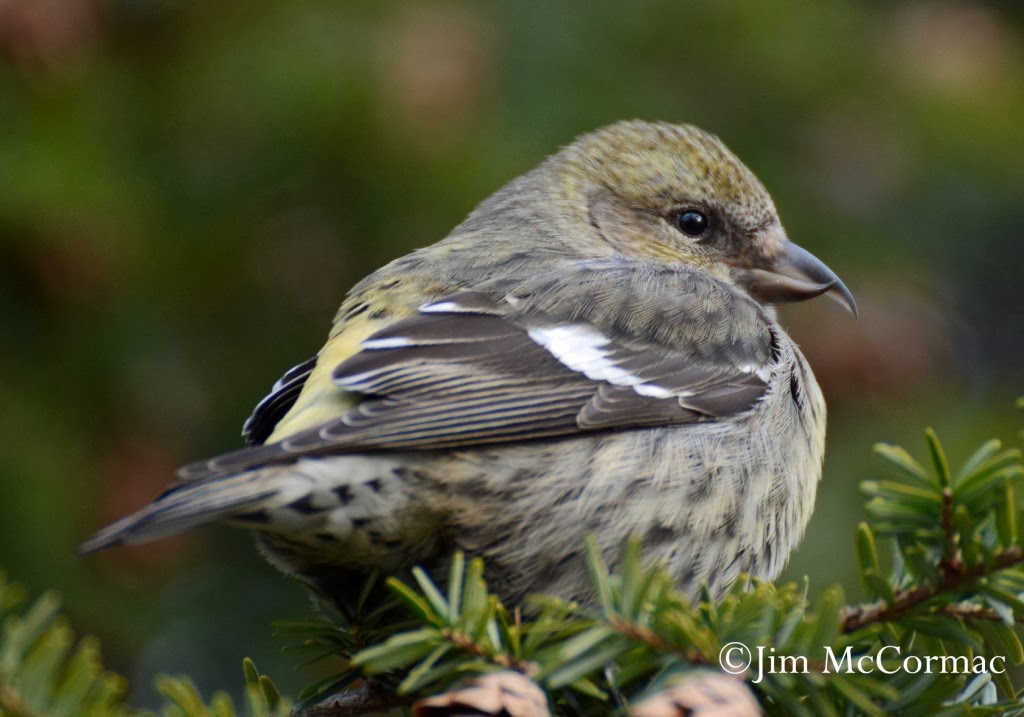 There is undoubtedly more to the story of how birds survive bitter temperatures than just the rete mirabile. Bird legs have a veneer of bony scales, and this scaly armature may help prevent frostbite or freezing, just as your hair or fingernails cannot freeze. Birds often ward off cold by standing on one leg, drawing the other into thick insulating plumage. This female White-winged Crossbill was well-puffed up on a frosty morning. It is as if she lives in a down sleeping bag. The outer contour feathers enclose a soft layer of down feathers, and in tandem they serve to efficiently trap body heat. She then hunches down and tucks her feet into the warming mass of feathers.

Any way you slice it, the ability of birds to survive, and even thrive, in extended polar temperatures is impressive.

Thanks for your story - very interesting about why birds' legs don't freeze!

And thanks to Ken for drawing my attention to this article.

Thank you, Christine! A pleasure to have a comment from Down Under!