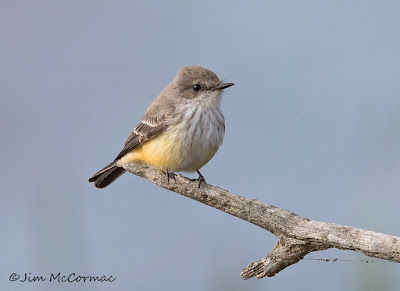 The allure of birds drew me in as a tot. By the age of 6, I was glued to the windows of our Worthington home, watching feeder birds. It didn’t take long for this nascent interest to blossom into a passion.

By the fifth grade, other kids were quizzing me about bird identifications. They would bring bird photos in magazines, cover the name and see if I knew what it was.

When the state granted me a driver’s license at age 16, my birding world expanded tremendously. Wanderlust is a common trait of hardcore birders. Every weekend was spent exploring interesting habitats, many of them far afield.

In one especially prolific teenage year, I made it to Lake Erie at least 50 times. Our Great Lake is Ohio’s most productive birding locale, by a long shot.

Many birding excursions were rarity chases. Unusual birds draws birders like moths to a flame. The rarer the bird, the more visitors. Praise be if it’s a “life” bird (never before seen) or “state” bird (new sighting for one’s state).

After 40 years of auto-assisted birding, and amassing 381 species for my Ohio list (about 430 species have been recorded in Ohio), the thrill of the chase has worn a bit thin.

I have come to view the acquisition of big lists as somewhat akin to avian postage-stamp collecting. I would rather spend valuable field time in interesting haunts, studying and photographing whatever crosses my path, common, rare or in between.

The obsession with the atypical never entirely wanes, though, and I took up the hunt again on Nov. 3. A vermilion flycatcher was discovered near Wooster on Oct. 25 by local birders Levi Schlabach and Elias Raber. This species is a denizen of the southwestern U.S. and a very rare sighting in eastern North America. There have been about seven Ohio records.

It didn’t take long to spot the flycatcher as it hawked insects from snags in a marsh. Even on this cool day, the bird had no problem finding bugs.

A first-year female, the bird probably had its discoverers temporarily flummoxed. While males are adorned with their namesake vermilion color and are unmistakable, females are somber in hue and not nearly so distinctive.

Word of the flycatcher quickly spread, and hundreds of birders from Ohio and adjacent states have paid homage to the western stray. For many it was a life bird, and a state bird for far more. The last sighting was Nov. 5, and hopefully the bird is now in much warmer climes.

As luck would have it, another rarity lurked 25 minutes from the flycatcher. A gorgeous male rufous hummingbird turned up at the Holmes County residence of Martha and Wayne Weaver. Martha first saw the bird at their hummingbird feeders on Oct. 23, and it remains as of this writing (Nov. 10).

The Weavers graciously allowed birders to visit, and by the time I stopped by more than 110 names were scrawled in their guestbook. This wasn’t the Weavers’ first rufous hummingbird rodeo. Amazingly, their feeders lured another in 2011.

Like the flycatcher, the rufous hummingbird is a westerner, breeding from Alaska south to Idaho and Oregon. This species is quite cold-hardy, and eastern vagrants typically appear in late fall. Some linger into winter. One or a few appear in Ohio most years.

It was great to revisit these normally distant feathered friends again, and almost in my backyard. 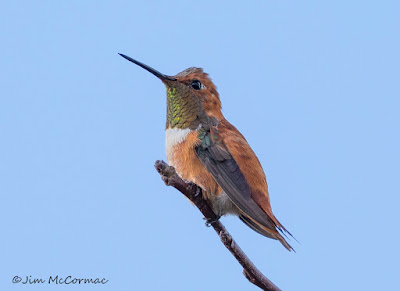