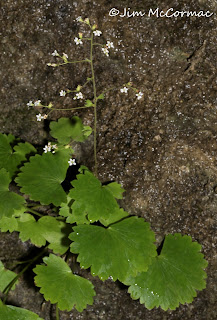 In 1795, Lucas Sullivant was contracted by the Commonwealth of Virginia to survey land along the Scioto River in what’s now Franklin County and vicinity. Following that task, he took a hiatus in Kentucky but returned in 1797 and platted out Franklinton.Sullivant’s settlement would become Columbus, and his name is immortalized by the busy West Side avenue that bears his name.
Lucas and his wife Sarah had the first of their four children on Jan. 15, 1803 — just a month before President Thomas Jefferson signed papers recognizing Ohio’s constitution and boundaries. Their first child was William Starling Sullivant, and he would go on to achieve great things in the natural sciences.

William was born into a still wild frontier, at a time when new species of plants regularly turned up. He turned into quite the botanist, avidly exploring various habitats around his central Ohio home.


In the summer of 1839 while visiting Highland County — quite the excursion back then — Sullivant explored massive limestone cliffs overlooking the Paint Creek Valley. There he met with a delicate little plant unknown to him, growing in fissures high on the rock faces.
Sullivant’s mystery plant was new to science. It would be dubbed Sullivantia sullivantii, named in his honor by the great botanist Asa Gray in 1840. Today, the plant is often referred to by a common name, Sullivant’s coolwort. It is only known from a smattering of sites in nine states.

The place where a plant or animal is first discovered is called a “type locality,” and the expansion of the human population has not been kind to most type localities in the eastern United States. The cliffs where Sullivant discovered his coolwort were flooded in 1974 following completion of the Paint Creek Lake dam.

Rocky Fork Gorge forms the spectacular centerpiece of Highlands Nature Sanctuary, and its sheer cliffs support thriving populations of Sullivant’s coolwort. This little saxifrage is finicky. It grows only where seepages keep the shaded rock faces in a state of constant moisture.

Delicate spikes bearing tiny white flowers rise a few inches above glossy leaves. In places, the coolwort was so plentiful as to form hanging gardens on the otherwise barren rocky walls.

The Highlands Nature Sanctuary is only a mile from the site of Sullivant’s original discovery. I’m sure Sullivant would be pleased to know that the Arc of Appalachia is safeguarding his plant. After all, he was so smitten with the coolwort that its likeness was etched into his wife Eliza’s grave marker, in Green Lawn Cemetery on Columbus’s South Side.