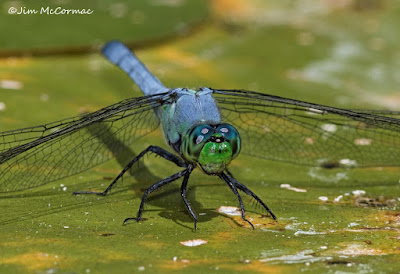 As I've written about before, the Ohio Dragonfly Survey is in full swing. This project, in its second year (of three years), is designed to provide the most comprehensive data on Ohio's dragonflies and damselflies ever assembled. We welcome ALL records of ANY dragonfly or damselfly, including very common species such as the pondhawk above.

The survey is a great way to put your digital photography skills to work for science. Dragonflies make for outstanding photo subjects, so they're a lot of fun to shoot. As an increasing number of people use cameras, especially to shoot natural history subjects, the potential pool of contributors to the Ohio Dragonfly Survey is enormous. Indeed, we've already received tens of thousands of photographic records, and hope to add scores of thousands more before it's all said and done. 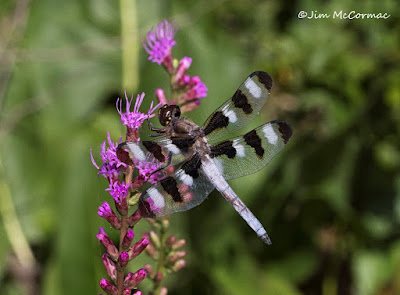 The data processing power of iNaturalist makes the curation of thousands of dragonfly records a snap. All that is required is an identifiable photo - we're not after art here - and a few simple data points about the record. If your camera has built-in GPS, and more them do all the time, iNaturalist will automatically grab that info when you upload the photo. The Ohio Dragonfly Survey site has instructions on how to interface with iNaturalist. It's extremely easy to use. 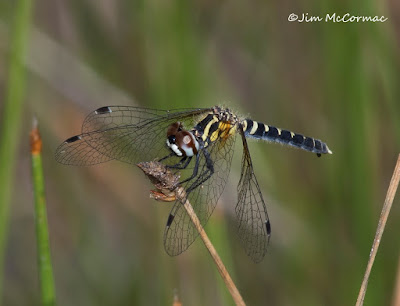 A female elfin skimmer, Nannothemis bella, rests atop a rare plant, walking spikerush, Eleocharis rostellata. The dragonfly is even rarer and is listed as a state-endangered species in Ohio. I shot this image and the next yesterday at Cedar Bog in Champaign County.

The survey is especially interested in records of rarities, as a major goal is to document species that occupy rare habitats, or may be increasing or decreasing significantly. Such as the golden-winged skimmer that I recently posted, RIGHT HERE. 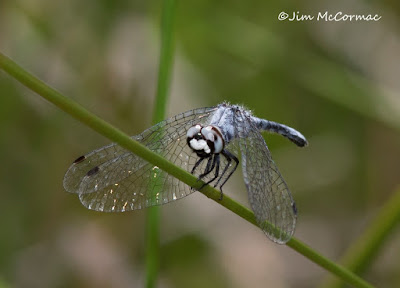 Here's the male elfin skimmer, which looks nothing like the female. A fun challenge of dragon and damsel identification is that many species are sexually dimorphic - females and males look different. Fortunately, even an avid surveyor will likely only encounter a hundred or so species of Odonates (dragonflies and damselflies) in a season, and most of us, far fewer. Learning these fascinating insects is certainly not an insurmountable task.

So, if you're out shooting nature, try turning your lenses to the dragons when opportunities arise. Your records will be important contributions to one of our largest citizen scientist projects to date. And as all damselflies and dragonflies are wetland-dependent at some point in their life cycle - always as larvae - their status and distribution tells us much about the condition of our wetlands and waterways.