The Gaspe Peninsula of Quebec 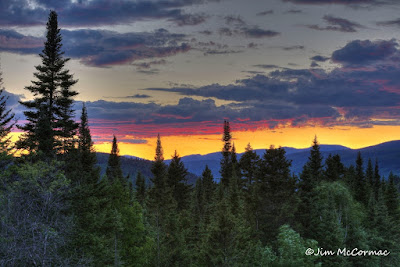 A gorgeous sunset paints the skies over the Chic-Choc Mountains of Quebec's Gaspe Peninsula.

I just returned from a long-awaited trip to the Gaspe Peninsula of Quebec, one of the most scenic areas in the northeastern maritime region of southern Canada and the northeastern U.S. There were stops in the Adirondacks of upstate New York along the way, and all told it was two weeks on the road.

Following is a random smattering of photos from the trip. I have MUCH more, and hope to share some other images and information about certain locations later. These images were lifted from posts I made to Facebook during the trip - if you're on Facebook (and who isn't?), you can follow me HERE. 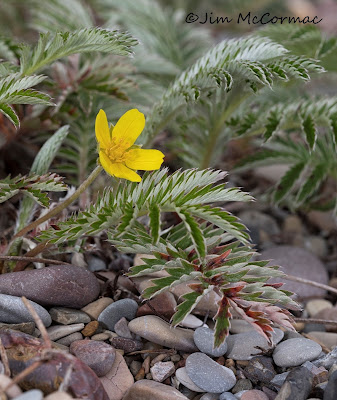 The cold gravelly shores of the Gaspe Peninsula, which is surrounded on three sides by the icy waters of the Gulf of St. Lawrence, hosts some interesting plants. This one is common: silverweed, Argentina anserina. 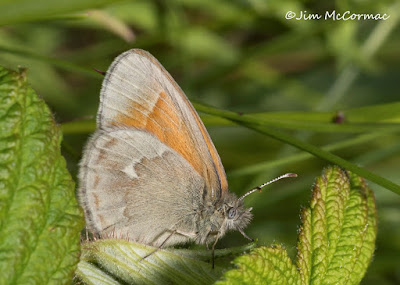 I was excited to get the opportunity to photograph the common ringlet, Coenonympha tullia, a small butterfly of open habitats. Its caterpillars feed on various grasses and rushes. 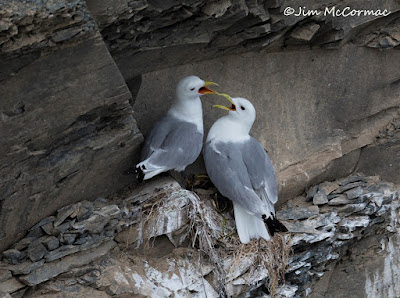 A pair of black-legged kittiwakes greet each other on a ledge high on a sea cliff in Forillon National Park. The male, presumably, had just returned with a bill full of kelp for use in the nest. Kittiwakes are abundant in this region. 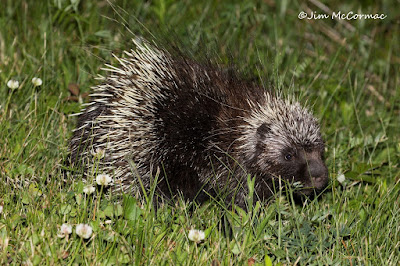 Porcupines are quite common, and this one was rooting about along a roadside at dusk. "Porkies" are fairly tame and sometimes allow close approach. I would advise not approaching too closely, though. 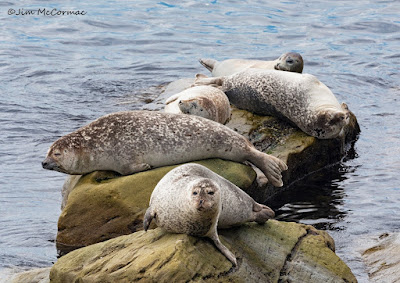 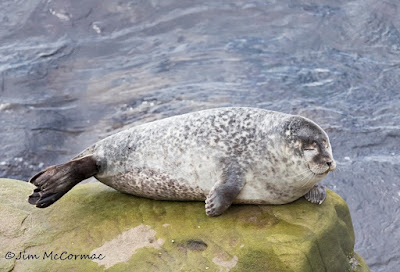 Here's a juvenile harbor seal, a rather cute little beast. His rock and nearby ones sported about two dozen seals when I made this image. 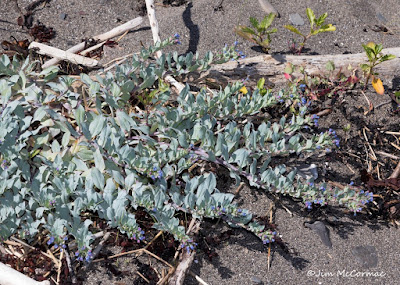 This is a prostrate beach-dwelling bluebell, believe it or not. It's oysterplant, Mertensia maritima, which is in the same genus as our familiar Virginia bluebells of rich woodlands. 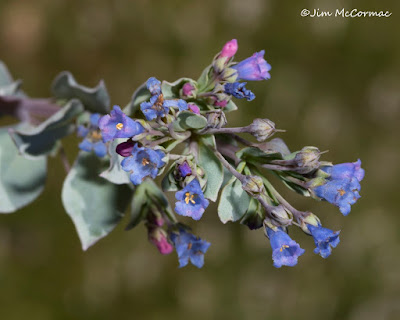 The flowers of oysterplant reveal its alliance with other bluebells. This one is a cold-hardy species of northern climes, barely reaching as far south as the northernmost states of the northeast maritime region. 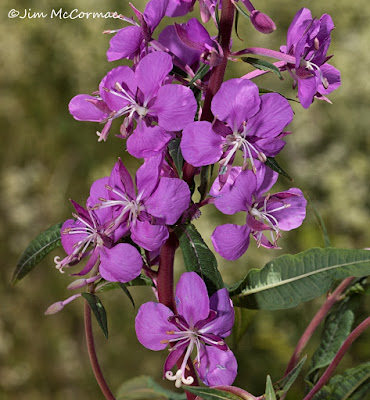 Another classic plant of northern latitudes, the fireweed, Chamaenerion angustifolium. It commenced blooming during my visit, but was not yet in full swing. 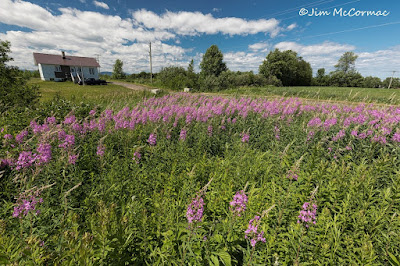 A Quebec meadow full of fireweed, and it's not even peak yet. Large stands of this plant often figure prominently in northern landscape photographs. 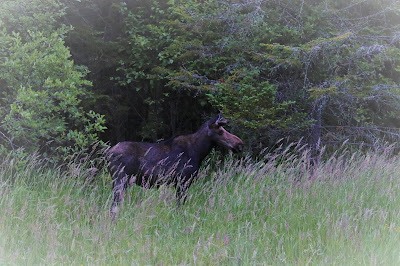 A moose! I saw three of the beasts, all at dusk as is to be expected. Poor light prevented excellent images, but it's always exciting to see these massive beasts, photos or not. 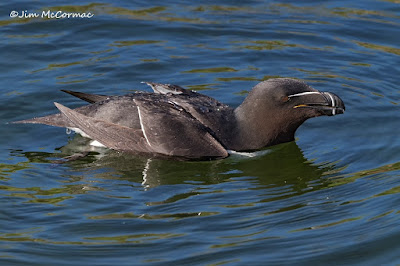 Sea cliffs in the Gaspe region support large colonies of nesting seabirds, including this razorbill. I visited the enormous northern gannet colony on Bonaventure Island, and hope to share a piece specifically about that. But the razorbills are my favorite of the alcids, and were plentiful.

I'll be back with more later.