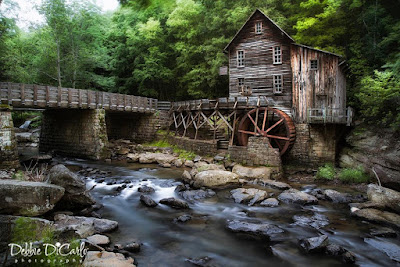 Debbie DiCarlo and I are leading what promises to be a fantastic photo foray in one of eastern North America's most scenic regions, the New River Gorge and vicinity in southern West Virginia. We've got two or three open spots, and would love to have you. Dates are May 6 thru 9, and base camp is the charming little town of Fayetteville, West Virginia.

Established in 1978, New River Gorge National River in West Virginia encompasses over 70,000 acres of land along 53 miles of the New River. The New River is actually among the oldest rivers on Earth! It's a rugged, whitewater river that flows through deep and spectacular canyons, carving a deep and long gorge in the Appalachian Mountains. And we will be there to photograph oodles of things - sunrises/sunsets from majestic overlooks to waterfalls and cascades. From showy wildflowers to unique plant species in boreal-type bogs. And yes, the New River Gorge Bridge and the equally famous Glade Creek Grist Mill too! 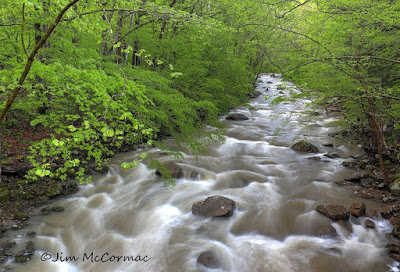 Mountain streams such as this are commonplace, and you know we'll be photographing some of them. 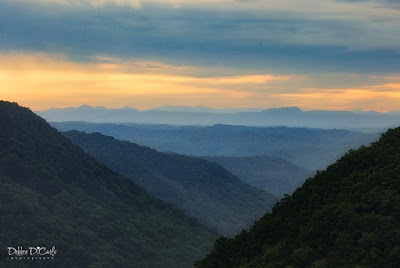 Mountain gaps as seen from near the summit of Babcock State Park. 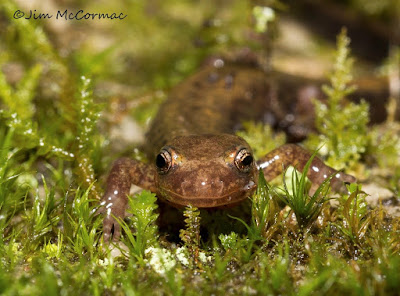 A four-toed salamander marches through mosses. This region is very rich in salamanders, birds, plants and other biodiversity. We'll see lots of flora and fauna, and capture much of it with our cameras.