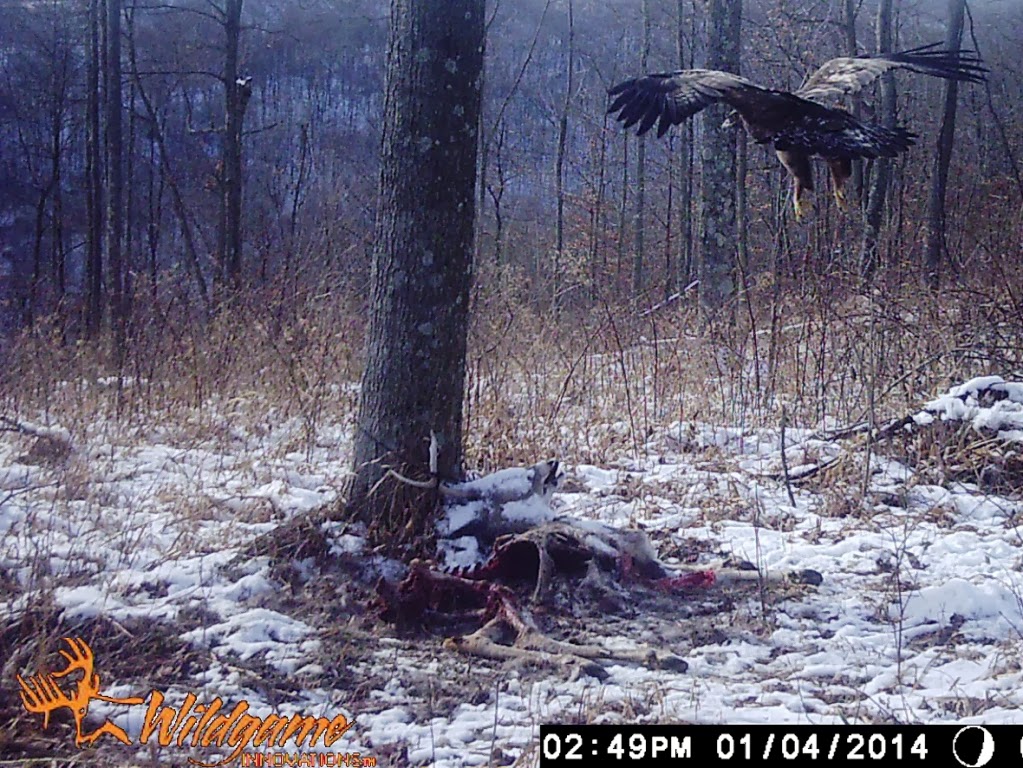 Back on December 26, 2013, I posted about a Golden Eagle that Fred Rau had turned up in rural western Pike County, Ohio. Fred had found a deer carcass in a remote area, and put up a trail cam to document any scavengers. Bingo! He returned to find that the cam had recorded a visiting Golden Eagle! That story is RIGHT HERE.

Well, the carcass is still feeding the hungry, and Fred recently sent me more images, these from January 4th. The above shot, of the eagle dropping in, is amazing and I would have been proud to have taken it. But it was taken with a $200.00 trail cam, its shutter triggered by a motion detector. 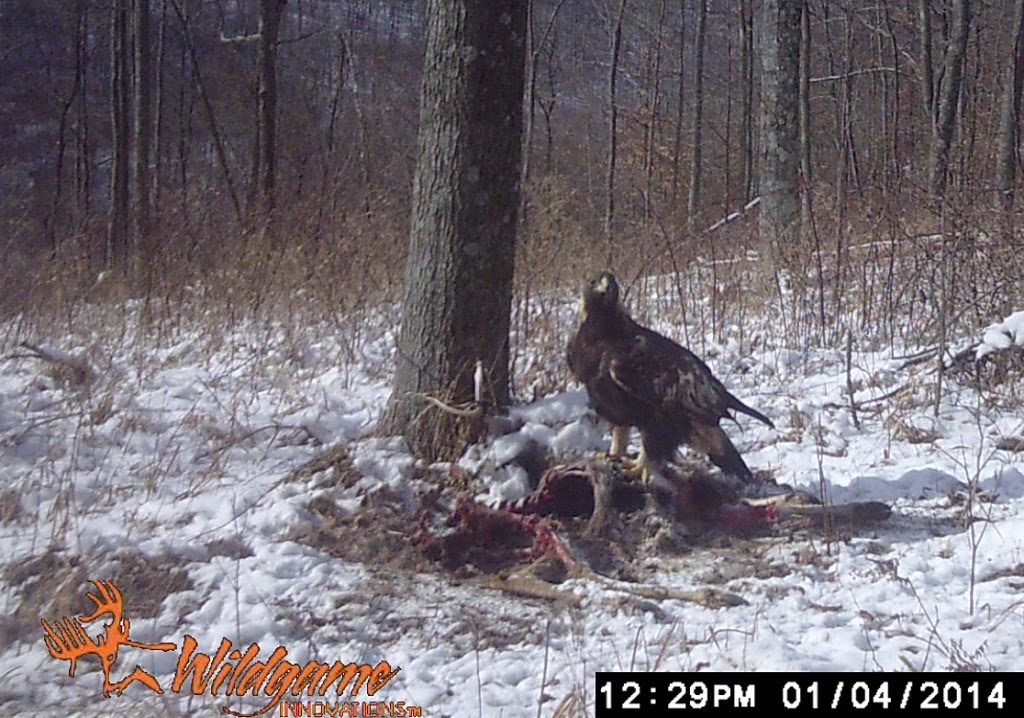 The eagle seems to glare defiantly at the cam. It's probably beamed hostile looks at other would-be scavengers. Fred has documented a Red-tailed Hawk, and a pair of Bobcats coming into this carcass. Both those creatures would stand down if confronted by this majestic beast.

This probably isn't the only Golden Eagle ranging around the hill country of southern and eastern Ohio. There is at least one bird at the Wilds in Muskingum County, and I believe another was reported in Knox County. For as big and awesome as these eagles are, they can easily be overlooked in the sparsely populated regions that they tend to frequent. Were it not for Fred and his excellent cam work, we wouldn't know about this bird.

The Appalachian Eagle project has documented a number of Golden Eagles via cams. I suspect if more people placed cams on large animal carcasses in suitable sites in Appalachian Ohio, we'd learn of more Golden Eagles in our state. Kind of a grisly method of "bird feeding", but hey, when you get results like Fred, it's worth it.

If you're in the vicinity of State Rtes. 32 or 124 near the Pike/Adams county border, keep an eye to the sky for a huge raptor - maybe you'll be lucky enough to spot this Golden Eagle.

Thanks to Fred Rau for documenting this bird, and sharing his find with us.

That eagle is absolutely beautiful, that had to be awesome to find on his camera.

I am so happy that I sent these photos to Jim. He not only shared them with a larger audience, but added so much depth to the story of the eagle.
It has been a great adventure checking for new images. The camera is still running but the deer has only limited nutrition remaining.
Thanks Jim

Brilliant cam work, Fred, and thanks for sharing your images with us!