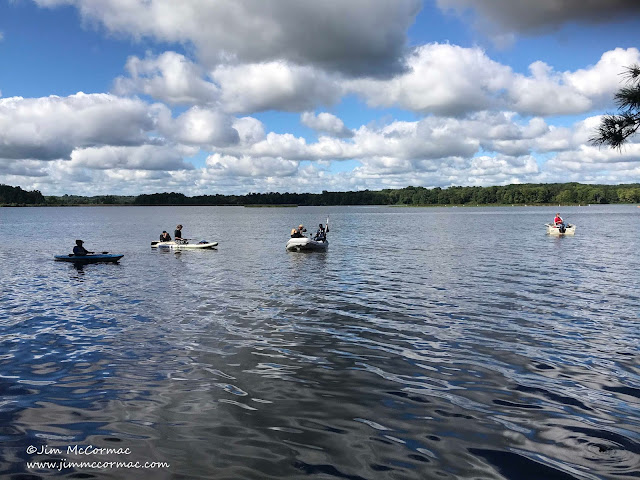 Birding by boat. A small flotilla of birders/photographers (the two groups are largely inseparable these days) watches what is easily the rarest bird in Ohio right now. On August 25, Henry Trimpe discovered a juvenile Brown Booby, Sula leucogaster, on Nimisila Reservoir in Summit County.

I finally made the journey up to see the bird yesterday. By then, the initial madness had worn off, and while dozens of people visited during my time, it wasn't the heavier crowds of days prior. The young booby seems quite at home here, and I figured it would linger. It's still present today. 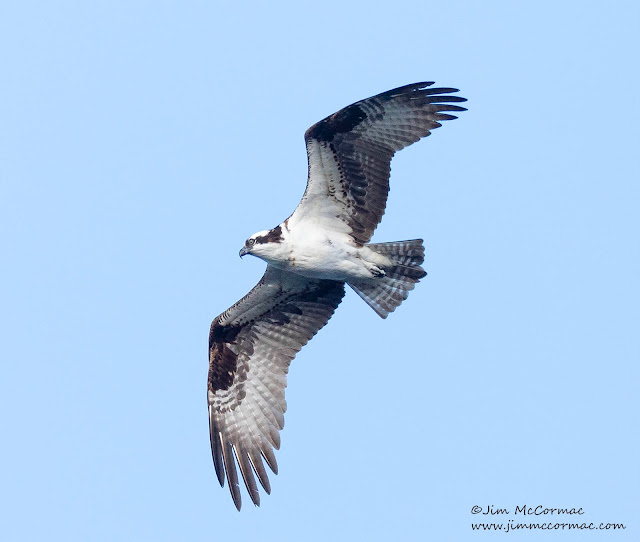 Nimisila Reservoir and vicinity is a beautiful, watery region, and very much to the liking of "fish hawks", or Ospreys. I arrived at 7 am, and the first bird that I heard upon stepping from the vehicle was an Osprey. Their high-pitched piping whistles were a constant part of the soundscape, and perhaps six of the fish-eating raptors were present. 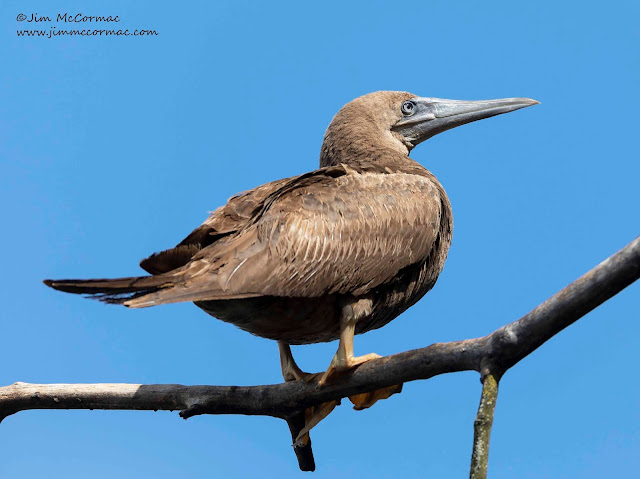 I saw lots of interesting birds during my five hours at Nimisila, but this beauty was what we had all come for: the young Brown Booby. The name, of course, provides constant fodder for witty repartee and interesting reactions from non-birders.

Non-birder: "So, what are you all looking at?"

The funny name arises from the Spanish bobo, which means "dunce". Sailors became very familiar with these birds early on, and thought them stupid due to their extraordinary tameness. Seabirds that nest on isolated islands and have little to no human contact often show little fear of people. But the misinterpretation of their intellect did give us the comical name. For more interesting information about boobies, and the sources and meanings of North American bird names, get a copy of Gary Meiter's book Bird is the Word. Go HERE to read more about this book, and HERE to get a copy.

Brown Boobies are an oceanic species, very rarely venturing inland and onto fresh water, especially this far north. That said, there is an Indiana record and several records from the eastern end of Lake Erie, so it's not altogether unexpected for this species to appear in Ohio. 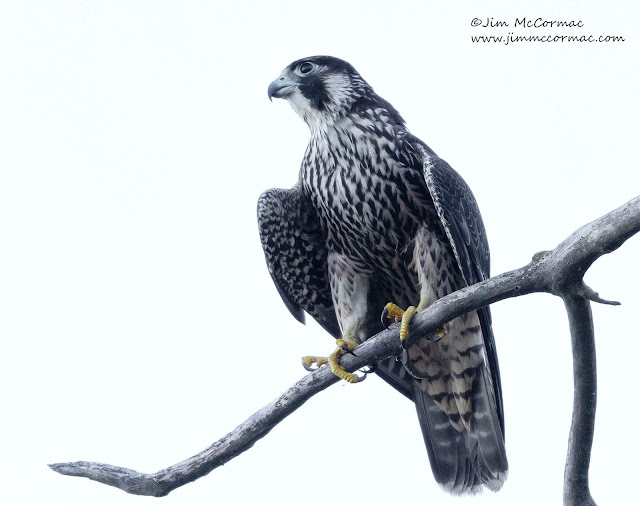 While the numerous Osprey did not bother the booby in the slightest, this young Peregrine Falcon certainly did. Early in my visit, the falcon rocketed in and chased the booby off its favorite perch in a dead tree along the shoreline. It then proceeded to chase our rare visitor around the lake, forcing it onto the water and making several dives at it. I don't really think the falcon was attempting to kill the booby; it was probably just out for some fun. After thoroughly exerting its dominance, the Peregrine flew back to the booby's exact perch and sat for a while - that's where the above image was made. 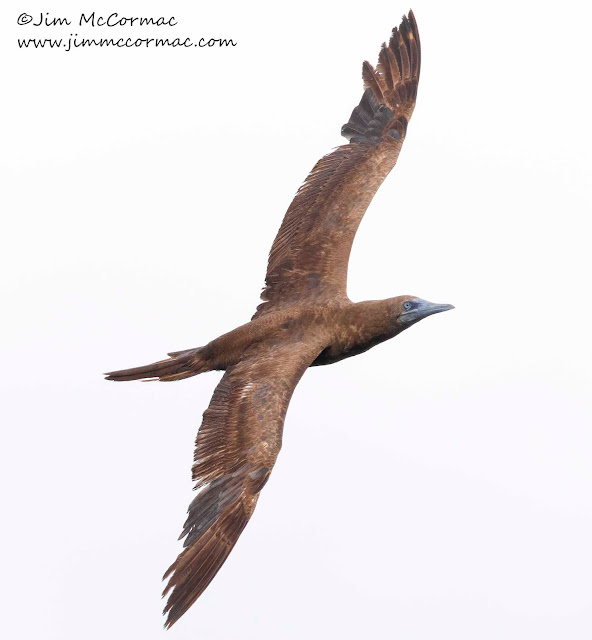 While boobies may look somewhat clumsy and comical when grounded, they transform once airborne. Fast and powerful in flight, the Brown Booby specializes in catching flying fish when in its normal marine haunts. That takes extreme aerial prowess. The Nimisila vagrant seemed to be doing fine in capturing the lake's freshwater fish, and treated viewers to regular flights. Notice the heavy molt going on with this bird. 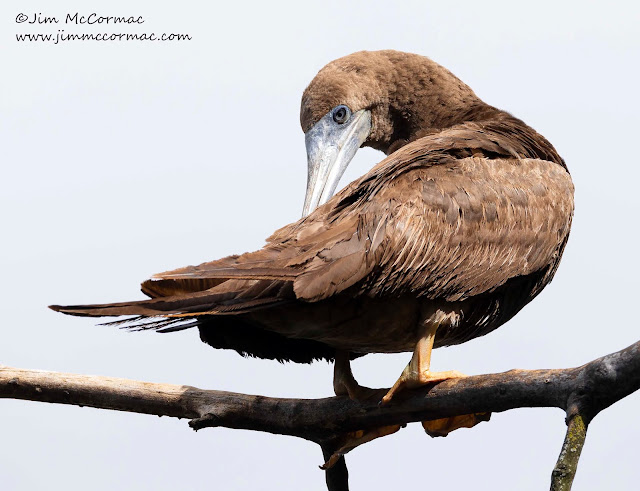 It's hard to say what the fate of this young booby will be. It likely was forced off the Gulf of Mexico and way to the north by Hurricane Laura, which formed and rapidly grew in intensity a few days prior to the bird's appearance here. Saltwater birds often don't fare well in the long term in freshwater habitats. With luck, the Brown Booby will make its way back south and onto the ocean. But whether it has any innate instinct as to where it should be remains unknown.

One thing is for certain. Many people will be keeping an eye on the bird, and it will be interesting to see how this booby situation plays out.