The above species are not normally considered in the same sentence, at least hereabouts, but I saw both today. It was the Beaver Christmas Bird Count today - 18th year, I believe - which takes place around Jackson, Ohio, in parts of Jackson and Pike counties and has ably been compiled by Tom Bain since its inception. I do a section just north of Jackson, and it is very rural and full of interesting habitats. Today, Edie Miller was along and we had plenty of good birds. 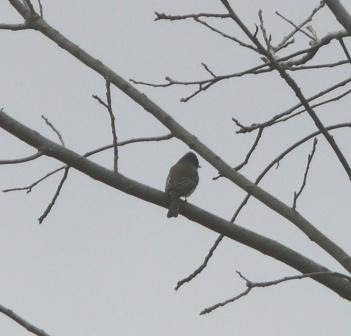 Driving by a small creek in a rather scruffy area, I heard the distinctive chip of an Eastern Phoebe, and we stopped to track the bird down. These are by far our hardiest flycatchers, and regularly persist well into December in southern Ohio if conditions remain even halfway moderate. They'll even attempt to overwinter if possible. 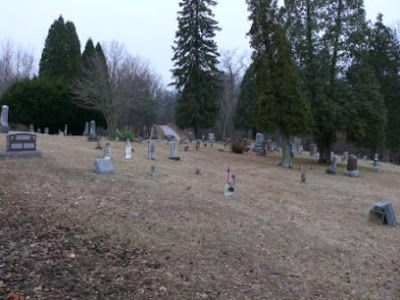 McCune Cemetery, a small burial ground carved out high on an isolated oak ridgetop. Such cemeteries are often full of interesting and valuable native plants, and that means more birds, as we shall see. 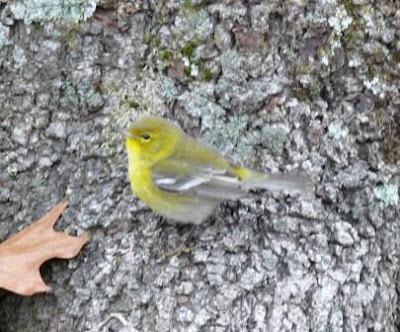 We were delighted to see not one, but three Pine Warblers in the cemetery. This is one tough warbler and overwinters regularly in southern Ohio - probably the northern limits of its consistent winter range in this region. 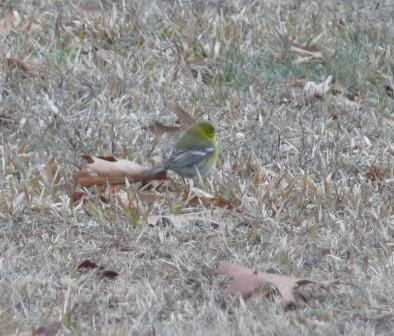 Pine Warblers are probably our only warbler that consistently includes seeds as a dietary staple. And I noticed that one of the dominant plants in the cemetery was a panic grass (Dicanthelium). These native grasses are an enormous source of seeds for songbirds, and that's what the Pine Warblers were feeding upon. 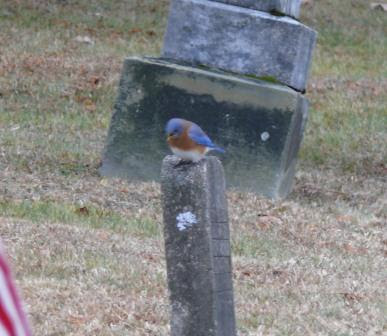 So were Eastern Bluebirds. A flurry of about two dozen roared into the cemetery, and spent most of ther time on the ground wolfing down panic grass seeds. The male above is rather odd, and caught my eye. The chestnut of the breast extended around his neck, forming a beautiful collar. Might remind one of a Western Bluebird. 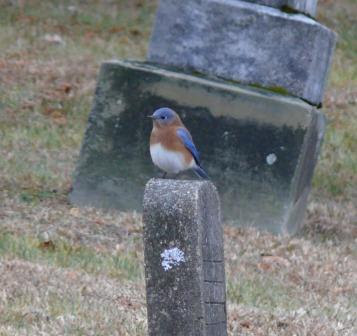 But he's got the nice chestnut throat of an Eastern, along with all of the other characters. 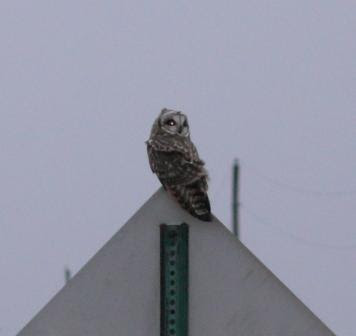 On my way home, I stopped at the massive Charlie's Pond grasslands. Details and directions can be found here. There were Northern Harriers galore, and this beautiful Short-eared Owl popped up on this sign and posed. One other owl was flapping about, and I'm sure there are more. This is a great spot to visit in the winter, if you are into raptor admiration. 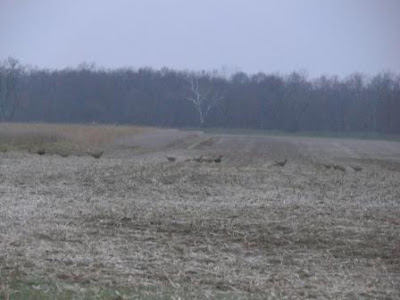 Excuse the less than stellar shot, but it was nearly dark when I took this. There are something like 18 Ring-necked Pheasants visible in this photo, and at one point I could count 36 at one time. All told, I saw at least 50 in the area. While some may dismiss ring-necks as non-native and inconsequential, they are incredibly beautiful, especially the roosters. And pheasants are often a driving force to stimulate the creation or restoration of grasslands, and that benefits lots of native species, like the Short-eared Owl.
at December 20, 2008

Thank you Jim for mentioning the ring-necked pheasants. While I appreciate the thrill and excitement of rarities and unusual sightings, I think there is risk of taking for granted the sheer beauty of the common or inconsequential...I probably miss a lot of birds because I can gawk at the beauty of one single bird through my binocs or scope, such as this or others (I love cedar wawings and barn swallows)and just soak in their beauty.