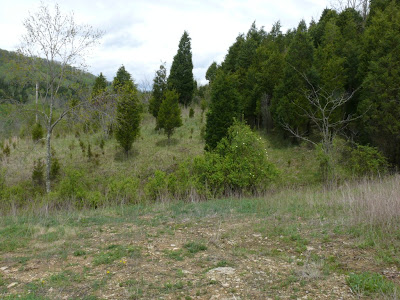 Prime Prairie Warbler habitat - the cedar glades of Adams County, Ohio. Some of the greatest breeding densities of this warbler must occur in this region. I was down there today, and saw or heard dozens. Many other warblers, too: Blue-winged, Nashville, Northern Parula, Yellow, Yellow-rumped, Black-throated Green, Yellow-throated, Pine, Cerulean, Black-and-white, American Redstart, Worm-eating, Ovenbird, Louisiana Waterthrush, Kentucky, Common Yellowthroat, Hooded, and Yellow-breasted Chat. 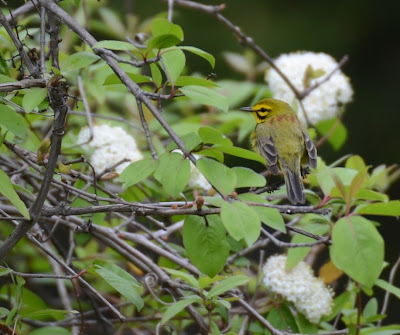 You gotta enjoy Prairie Warblers while you can, at least up here near their northern limits. They aren't with us long. The Prairies have just arrived, and are still coming in, and their nesting season will be a frenzied blur. By mid-July many of the males will have departed, and by mid-August nearly all of the rest have left. Most Prairie Warblers probably spend but three months with us, then it's back to the southern wintering grounds: South Florida and the Caribbean. 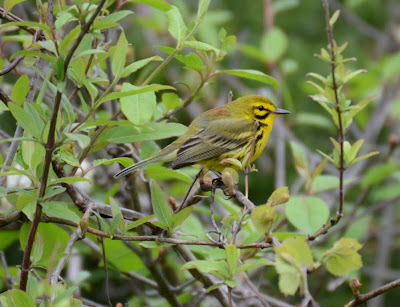 Males are quite distinctive, with their bold black crescent framing the eye, stripes of chestnut on the back, and tigerlike striping on bright lemon underparts. Their song is a snap to learn. It is a rapid ascending buzzy scale, quite unlike anything else and very pleasing to the ear.