Plenty is in a name when describing species 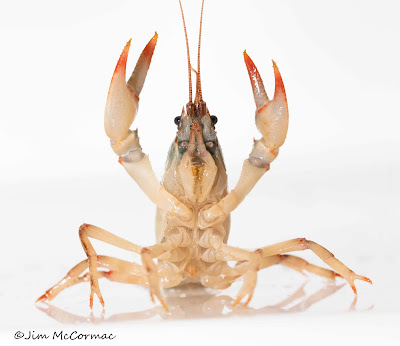 More than 1.7 million living species have thus far been described and named, and scientists estimate that Earth might contain as many as 10 million. That doesn’t count fossilized extinct species, which also are named.

The meat of an organism’s nomenclature is the scientific name, which doesn’t vary. While man’s best friend might go by German shepherd, dachshund, or Welsh corgi, Canis familiaris is the universal identifier of dogs of all breeds.

Discoverers of new species typically name them for some aspect of their appearance, behavior, habitat or distribution. However, scores of species are branded with commemorative honorifics. This can be a flattering tribute, as in Cooper’s hawk. I’m sure scientist William Cooper was pleased to have this dashing raptor named for him.

Dr. Bernard Master, a Worthington physician, conservationist and birder, provided critical financial support for a bird-rich region of western Colombia. His funding resulted in the protection of a bird recently described to science, the Choco vireo, which was formally dubbed Vireo masteri. Any birder would relish the chance to see this rare songbird.

Fossilized worms might not generate as much esteem. Eccentric paleontologist Rousseau Flower named one such group Khrushchevia, to express his distaste for Nikita Khrushchev and communism.

Back on Aug. 18, I wrote about the little brown mudbug crayfish Lacunicambarus thomai, whose name is a richly deserved recognition of Ohio researcher Roger Thoma. Being honored in the name of a charismatic pincered crustacean could only be considered cool.

On Oct. 9, Volume 4683, Issue 3 of the scientific journal Zootaxa was released. It included a paper titled “Lacunicambarus dalyae: a new species of burrowing crayfish from the southeastern United States.” The lead author was Ohio State University Ph.D. candidate Mael Glon.

After much fieldwork and study, Glon had shown that a common widespread species, the paintedhand mudbug, actually represented two species. The previously undescribed crayfish and the subject of his paper occurs in five southeastern states: Alabama, Florida, Georgia, Mississippi and Tennessee.

Glon bestowed this recognition because of Daly’s support for his studies, and her backing of research into little-known, poorly understood organisms. An accomplished scientist, Daly’s specialty is sea anemones. She is no stranger to ferreting out new species, either, having described about 15 species of sea anemones.

Crayfish researchers such as Glon have plenty of work ahead. So far, about 700 species of crayfish have been described worldwide. But experts think several hundred other undescribed species lurk in waterways and wetlands.

There is an urgency to crayfish research. These crustaceans are among the most imperiled groups of aquatic organisms. Habitat destruction and water-quality degradation have laid waste to many species. It would be tragic to lose crayfish species before we even know they exist.

As famously stated by conservationist Aldo Leopold in his landmark book, “A Sand County Almanac,” “To keep every cog and wheel is the first precaution of intelligent tinkering.”