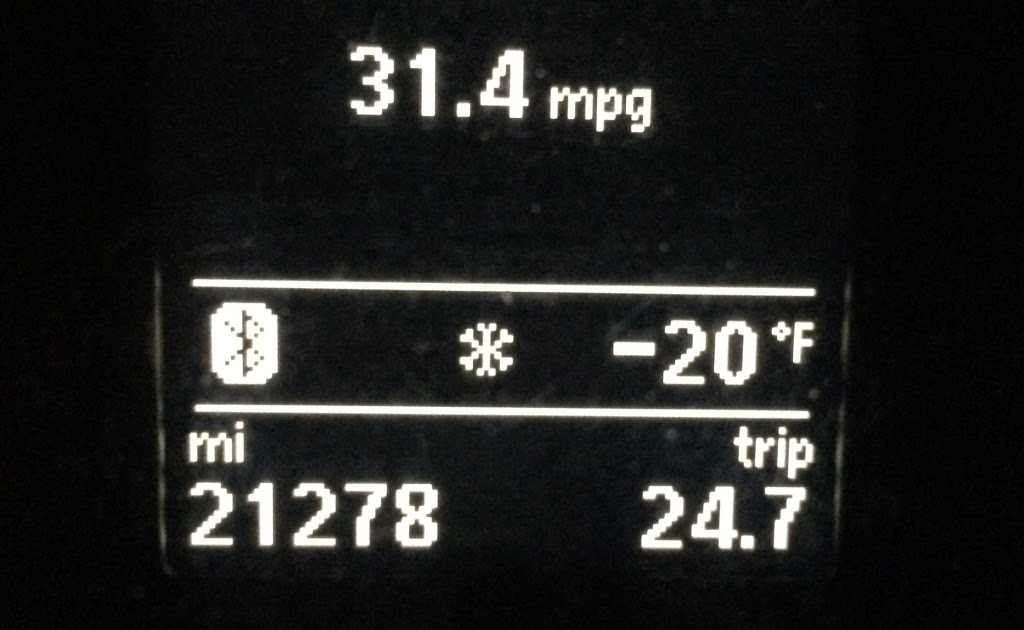 Last night was bitterly cold here in central Ohio, as evidenced by my car's thermometer. Yes, it says -20 F, as in MINUS TWENTY. I knew it was going to be about as cold as I've ever experienced, and I wanted to experience such frigidity. So, after getting home from work last night, I took a nap. Then got up, prepared, and headed out the door around midnight.

The only way that I could think of to try and visually portray the brutally cold temperatures was with sky shots. As is usually the case when the mercury plunges to extreme lows, the sky was bright and clear. I headed north, with a few locales in mind. The goal was to get away from city lights, and find a VERY dark spot, perhaps with some interesting scenery. As I worked north of Delaware, the temperature fell until it hit the reading above, which was at the spot where I made the following image. As an interesting footnote, the extreme cold noticeably effected the way that my car drove. It felt wooden and clunky, and fuel economy dropped to less than half of what it would normally be. 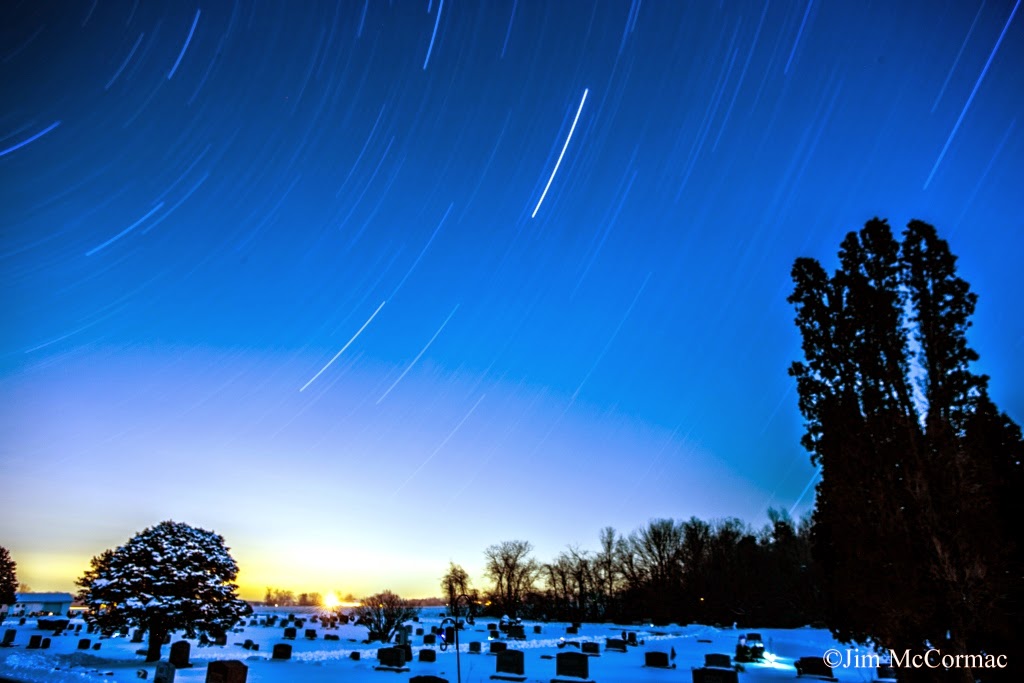 I eventually landed in this remote cemetery, and set up the camera gear to make my first stab at shooting star trail photos. There are essentially two ways to expose the camera to capture the earth's rotation, thus making the stars appear to streak across the sky. One is to take a long series of 30 second exposures (or thereabouts), and later stitch them together with editing software. I did take a long series of such shots, but have not yet stitched them. I'm curious to see the results.

The other technique is to take a VERY long single exposure, which is how this shot was made. I did learn at least two things from this exposure. One, as dark as it seemed, there still was probably too much ambient light pollution from distant cities and towns. And two, a distant farm with its attendant night lights shows up far too well - like the onset of a sunrise. I did not know these things. But I look forward to learning from my errors and trying some more star trail shooting.

This image was made with my Canon 5D Mark III firmly affixed to a tripod. For foreground interest, I placed the cedars along the right side of the image, and that small round tree in the lower lefthand corner. I used the 17-40 f/4 ultra wide angle lens, set to a focal length of 25mm. The aperture was at f/8, and ISO at 100. Here's the kicker - the shutter speed was 56 minutes. To get that long of an exposure, you must use the Bulb setting, and trigger the shutter with a locking remote release. Also, the white balance was set to the "tungsten" setting. That gives the sky a more metallic blue look. Finally, Polaris, or the North Star, is near the top left corner of the image. Focusing on or near this celestial body adds interest, is it seemingly remains stationary while the other stars appear to rotate around it.

All of this worked quite well - I just need to find totally dark areas to shoot star trails, AND wait for one of our rare cloudless nights where the moon is not full.
at February 24, 2015

That's very dedicated to be out in those temps!! I've done a few of these, but haven't gotten any results suitable for printing. My biggest disappointment with star shooting was last Fall at a remote area of the North Rim of the Grand Canyon. The sky was as dark as you will ever see it, with the Milky Way showing brightly. After two test shots to get the focus and such, I see my battery indicator flashing, just before the camera dies! And my spare battery was in the cabin, about 40 miles away!!