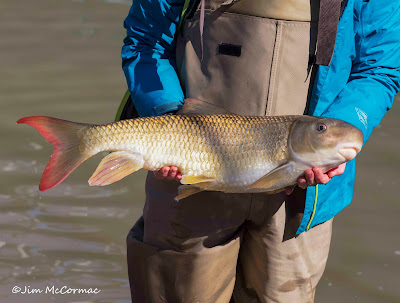 Early in my natural resources career, I was fortunate to serve as labor for ichthyologic experts Dan Rice and Ted Cavender. Rice was then the zoologist for the Ohio Department of Natural Resource’s Division of Natural Areas and Preserves. Cavender was the modern-day dean of Ohio fish.

Two better mentors for learning about fish could not be found. Rice went on to write “A Naturalist’s Guide to the Fishes of Ohio” (Ohio Biological Survey 2019). Cavender, now a professor emeritus at Ohio State University, oversaw decades of research into our fisheries.

I sometimes pine for the days of seining streams, and I still try to get out at least a few times a year — and Feb. 22 was one of those days. It was a beautifully crisp, blue-sky winter day, perfect for some catch-and-release aquatic surveys.

This time, my doyen was Kelly Capuzzi, an aquatic ecologist with the Ohio EPA. Her knowledge of underwater life is encyclopedic. Joining us was Amy Mackey, coordinator of the Raccoon Creek Watershed Program. Phil Melillo and I served as labor.

Our principal destination was a beautiful stretch of Big Darby Creek, near its confluence with the Scioto River. This Pickaway County site teems with interesting fish, and we caught a doozy right off the bat.

Loafing in the shallows was a good-sized redhorse, a species of sucker. Capuzzi identified it while the fish was still under the water, then deftly netted it. A river redhorse!

There are seven species of redhorses in the genus Moxostoma in Ohio, and this one was new to me. Back when I did my stream work with Cavender and Rice, the river redhorse was far scarcer and we never encountered one while I was along.

The fish was a thing of beauty, with bronzy scales, a salmon-pink tail and lips that look like they received an overdose of Botox.

Although the family Catostomidae — the suckers — sometimes have a reputation as “garbage” fish, anyone who thinks that doesn’t know much about fish. All 21 Ohio species are native, and a number are highly dependent on excellent water quality. One species is listed as state-endangered by the Ohio Division of Wildlife, three species are threatened and one is listed as special concern.

Tragically, the harelip sucker, which occurred in the Blanchard and Scioto rivers, went extinct in the early 20th century.

When I first began learning fish, the river redhorse was considered endangered. At its low ebb in the mid-20th century, it had almost vanished. Only five were caught in surveys of the Scioto River between 1955 and 1980.

The rebound of the river redhorse has been encouraging. In the past few decades, it has recolonized many streams and now occurs commonly in many of our largest river drainages. It was eventually delisted.

Much of the recovery of fish can be traced to policies put in place in the early days of the EPA, which was founded by President Richard Nixon in 1970.

The rebound of aquatic communities took decades, but we are seeing the benefits big-time today. Unfortunately, damage to streams can occur far faster than their recovery. It’s critical that we maintain the strategies that led to water-quality improvements. 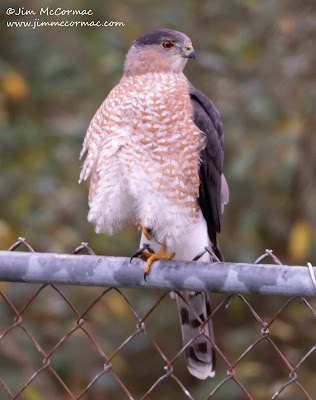