Debbie DiCarlo and I just concluded our 2nd annual "Winter Wonderland" photo workshop (more on our workshops RIGHT HERE) in southeastern Ohio's gorgeous Hocking Hills. Last year's event was more springlike than wintry, with no snow and scarcely an icicle to be found. But, the water levels in streams were high and the myriad waterfalls looked as photogenic as I've ever seen them.

This workshop just past lived up to its name. Snow and ice was everywhere, and cliff faces were draped with icicles and various fantastic ice formations. Tree branches and limbs were dusted with snow, and hemlock boughs were capped in the fluffy white stuff. Our group was great, and we saw many interesting sites and everyone made lots of nice images. By the way, if you seek a fantastic bird-filled WARM photo workshop, take a look at our February "Birds of Florida" trip RIGHT HERE. 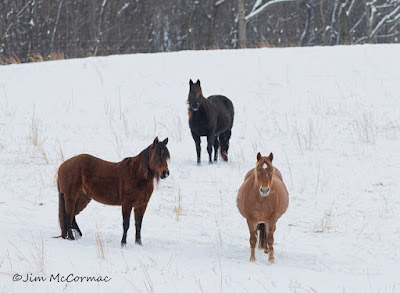 While scouting the day prior to the workshop, we came across this trio of fine horses in a snowy field and couldn't resist stopping for a few photos. At least one of them is heavy with foal. 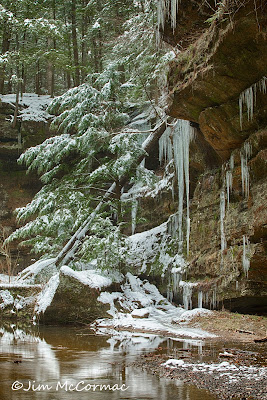 A scene along the gorge at Old Man's Cave. Landscapes like this were everywhere, and it was hard to leave this place, one of the most scenic areas anywhere in the Midwest. This shot shows a big hemlock tree that recently crashed into the gorge from its perch on the rim above. Hemlocks are shallowly rooted, and when weighted by snow and ice, very vulnerable to blow-downs. 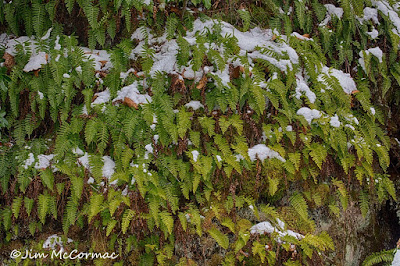 Invigorated by snow meltwaters, a carpet of common polypody ferns, Polypodium vulgare, cloaks the upper reaches of a sandstone cliff. 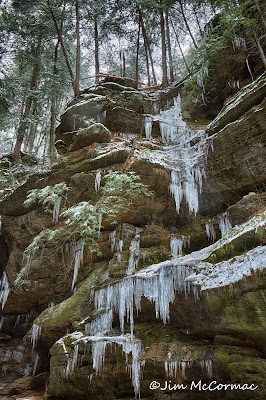 Conkles Hollow is always a sensational place to visit, and especially so in winter. Added bonus: far fewer people. Here, a fantastic series of icicle formations cascades down a tall cliff face. 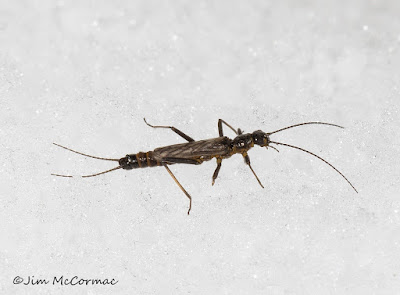 A perk, and something absolutely new to all our attendees, was the supra-nivean (supra = above; nivean = snow) insects. Above is a winter stonefly. The larvae live in streams, and come the dead of winter, the adults emerge and head out onto the snow's surface to seek mates. It was about 30 F when I made this image, and the stoneflies were numerous and even flying about.