We had a decent amount of rain towards the end of last week, and I figured that water flow in our creeks and streams would be just about right last Saturday. I had long been wanting to shoot images of some waterfalls in west-central Ohio, but for optimal imagery the water volume should not be too little, nor too much. And is it turned out, three of the four falls were just about spot on. The fourth, Charleston Falls, did not have as much water as I would have liked for some reason, but nonetheless the rock formation looked stunning.

Although circumstances do not allow it, I would love to go re-shoot these falls tomorrow morning. Since the relative balminess of last weekend, when I made the following images, temperatures have nosedived. It is about 7 F as I write this. These waterfalls should be spectacular ice sculptures by now, and will have taken on an entirely new look.

All of these waterfalls are in Miami County, and details about each, including location, can be found by consulting The Google. 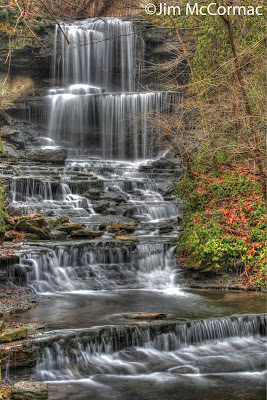 The West Milton Cascades. This hidden gem is tucked away smack in the middle of the little village of West Milton. One would be hard pressed to find a more scenic falls in Ohio. 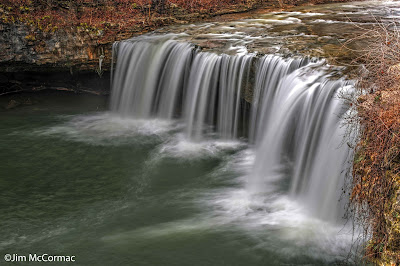 Ludlow Falls. This one lacks the elaborate complexity of the West Milton Cascades, but (for Ohio) is a fairly large and powerful falls, and quite impressive. A visual handicap is the State Route 48 bridge, which was, quite stupidly I might add, built right over the top of the falls. Thus one must take pains to compose photographs so as to exclude the bridge. 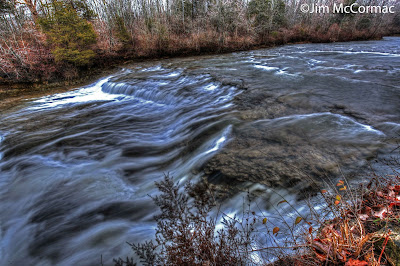 Greenville Falls. The land around this one is owned by the Miami County Park District. Streamside cliffs just down from the falls harbor many rare plant species, and there is a planted prairie in the field above the falls. This falls and the previous two are all within 10-15 minutes of each other. 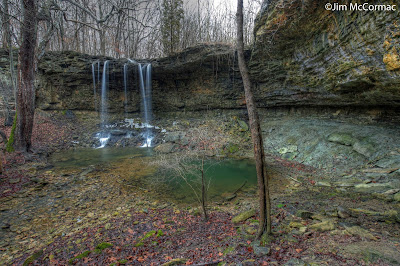 This is Charleston Falls, another Miami County Park District holding, and a site I had not visited before. It's pretty stunning; reminiscent of the Hocking Hills' Old Man's Cave, just smaller and made out of limestone instead of sandstone. This is the falls that I wish had had a bit more volume to the flow, but nonetheless the site was quite photogenic. 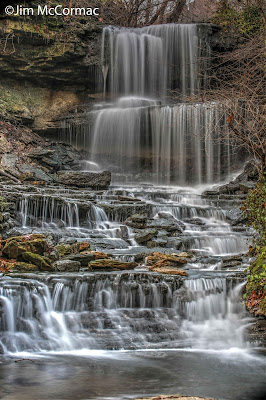 Lastly, one more of the West Milton Cascades from a slightly different perspective. Ohio has plenty of awesome scenery if one just looks around a bit.

Email ThisBlogThis!Share to TwitterShare to FacebookShare to Pinterest
Labels: waterfalls

Gorgeous photos! I am looking forward to exploring these gems. Thanks for sharing--I always get a wealth of ideas for trips from your site.

Great reminder to pay attention to the often overlooked beauty around us. Beautiful photos that remind me somewhat of the incredible scenery in Hocking Hills, Ohio.

Very beautiful! I would love to visit with my wildman.

Charleston Falls is a nice quick visit when we are passing by that area. The excellent bike trail through Miami County passes very close to here also.
Back in 2008, the ice at the falls was spectacular. Here are some of my photos from then. http://www.pbase.com/jmhoying/charlesfalls