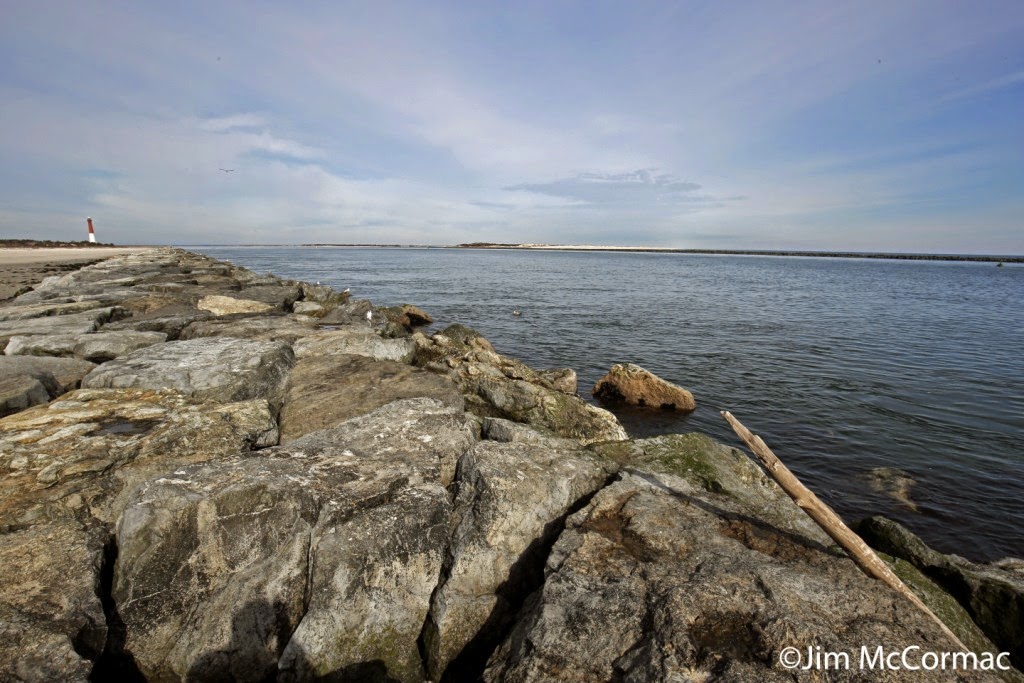 The long stone breakwall at Barnegat Light, New Jersey is a famous birding spot. When I find myself in that part of the world, a visit is irresistible. Such was the case last weekend, when a trip to nearby eastern Pennsylvania provided the chance for a whirlwind Barnegat trip. In little more than a day, I clicked off several thousand images, and got some really cool stuff.

Barnegat Light's namesake lighthouse is WAY down there at the end of the breakwall. The parking lot is by the lighthouse, so it's a bit of a haul to get down to where I made this photo, but the birds get better the further towards the sea one gets. Barnegat Bay is on the right, and the Atlantic Ocean is behind us. 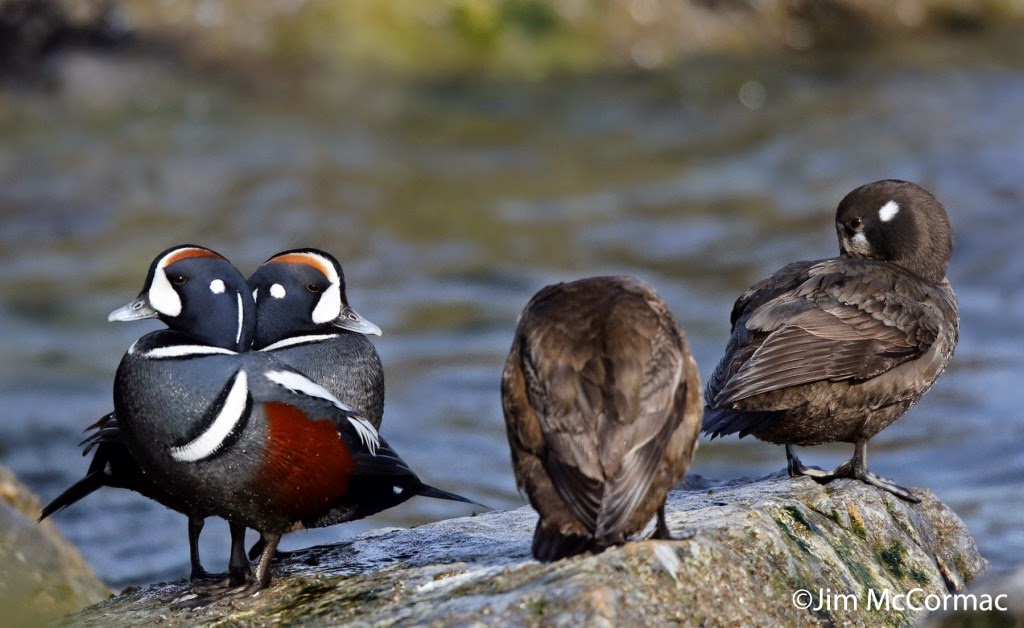 By far the most popular avian lure that draws people to Barnegat Light during the colder months are the Harlequin Ducks. A few dozen overwinter here, and they typically can be found resting and foraging along the rocks, often nearly at one's feet. Who would not want to see such an animal? 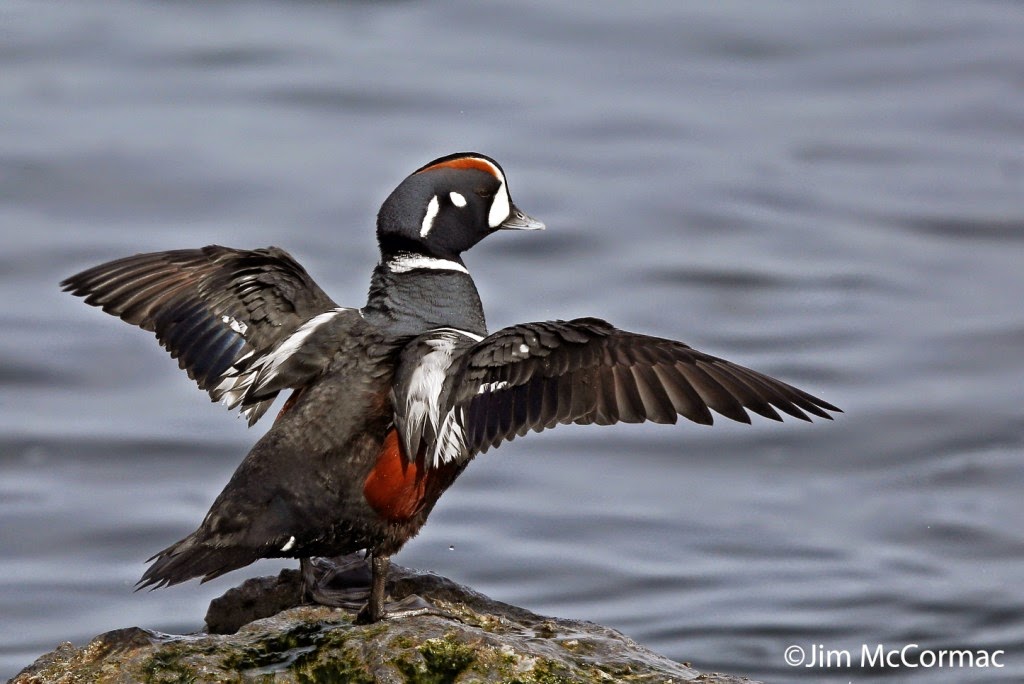 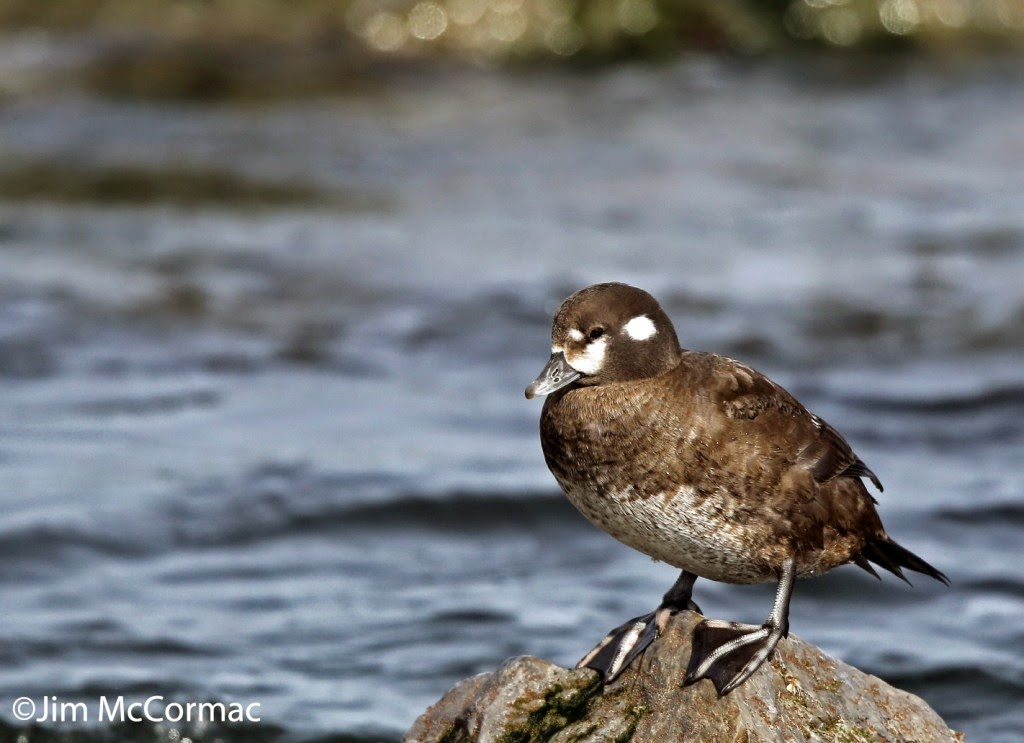 There can be no denying that the females are much duller than the males, but nonetheless they have their charms. And big feet, to boot. 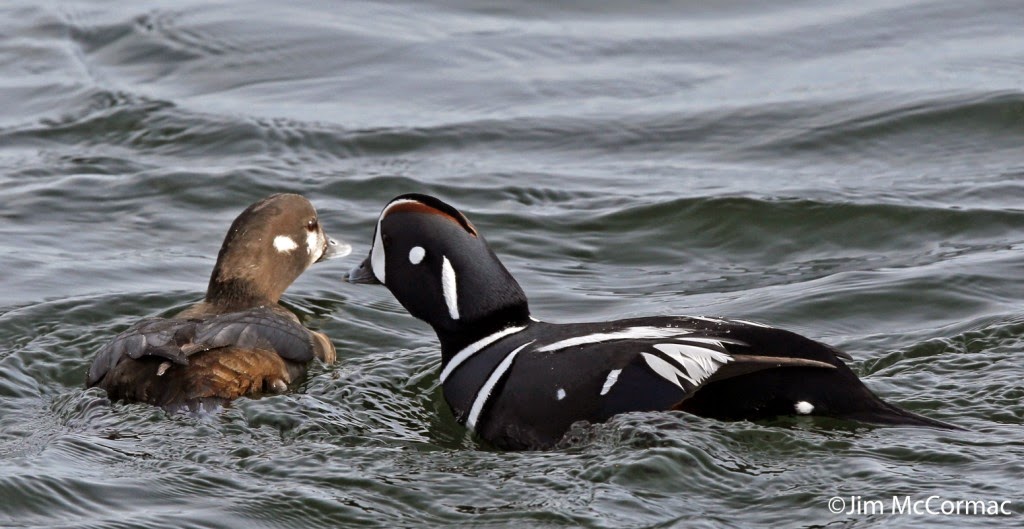 While photographing birds and watching the sea, I suddenly heard a particularly frenetic volley of comical squeaks from one of the ducks. Whirling around, I saw a male becoming especially amorous towards a certain young lady. Suspecting what might be in store, I spun the camera rig around and got ready. 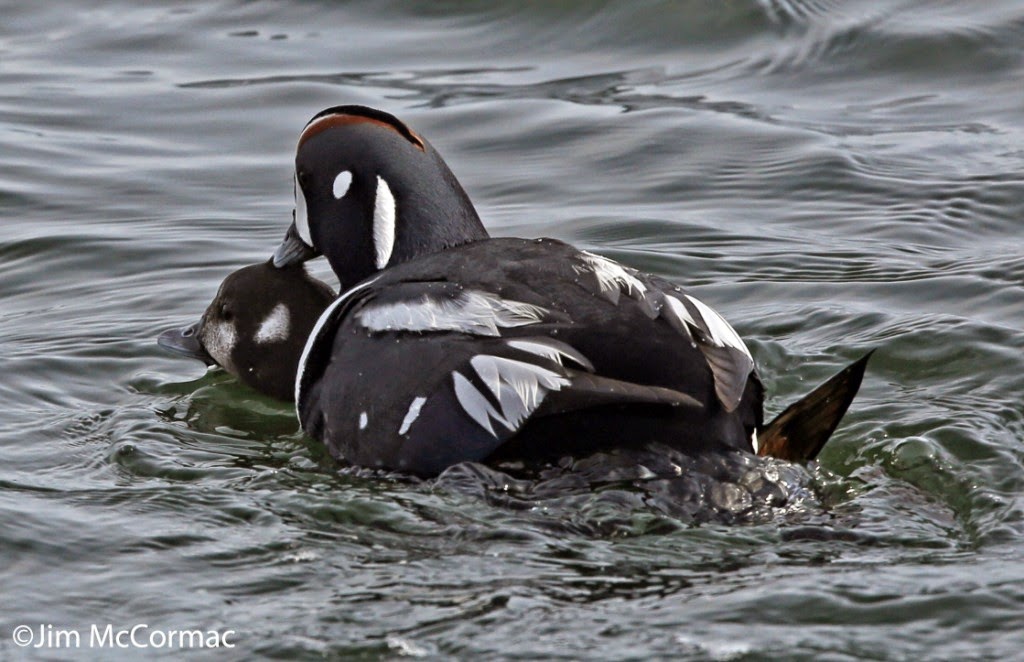 Sure enough, the male jumped atop the female, and quick as a wink I might add. He was a bit rough about it too, if you ask me. 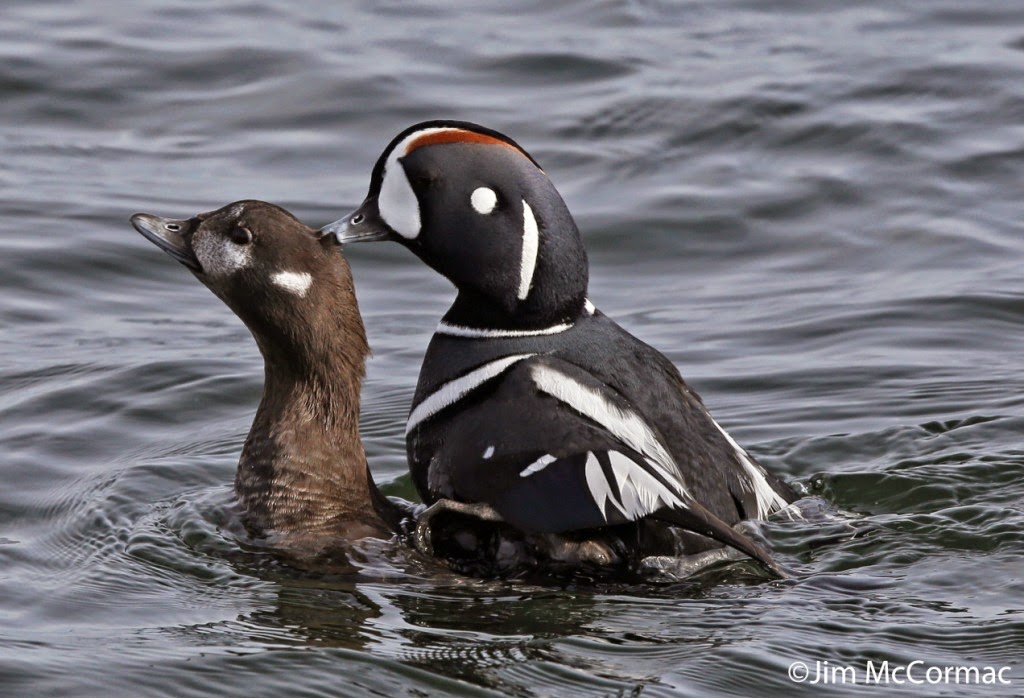 As I said, a bit rough. Note how our dotted and dashed Casanova has grabbed her by the feathers on her head, and is tugging away. Maybe she likes that, I don't know. Anyway, it is of great importance to the world that young Harlequin Ducks regularly be made to replenish the stock, and this is how the birds go about it. 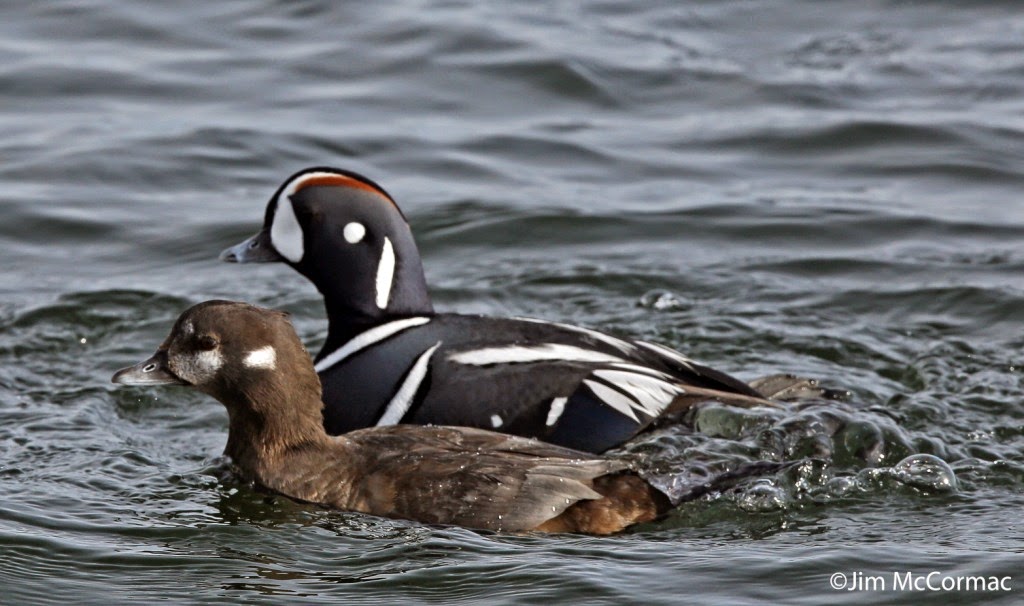 After copulation was complete, the birds rather quickly parted company. He, perhaps, to gloat to his buddies, she possibly to rub her sore head.

Many birders keep a "copulation list" of birds caught in the act of procreating. I don't, but if I did, this would be a really good checkmark on that list.

lots of ducks in NJ this year... whenever the Great Lakes freeze, we get more ducks....