Nature: Chandlersville bird count in Ohio yields more than avian species, thanks to The Wilds 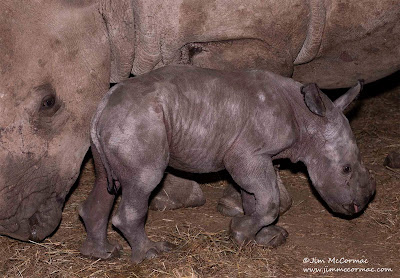 A two day old southern white rhinoceros, with mother, at The Wilds/Jim McCormac
Nature: Chandlersville bird count in Ohio yields more than avian species, thanks to The Wilds
Columbus Dispatch
January 3, 2020
NATURE
Jim McCormac
Last Saturday was the Chandlersville Christmas Bird Count and, as for the past decade, I was there. Chandlersville is a rural Muskingum County community southeast of Zanesville.

Christmas Bird Counts (CBC) began in 1900 and are run under the auspices of the National Audubon Society. Last year, 2,646 counts took place, involving 81,601 observers. The vast majority take place in the United States and Canada. More than 50 counts occur in Ohio.

The aim of a CBC is to count all birds seen within a 15-mile diameter, in a 24-hour time frame. Each count must take place over a three-week time span, from mid-December to early January. One hundred and twenty years of these counts have created a robust data set of winter bird life.

Of all the bird counts I have done, the Chandlersville event is the most interesting. That’s because the Wilds, a 10,000-acre large-animal conservation and research facility, is within the circle. Luckily for me, compiler Scott Albaugh assigned me to partner with Wilds staff back in 2010. I haven’t missed a count since.

Our turf includes the inside of the Wilds’ big fences. Mammalian distractions are frequent. The Wilds houses about 25 species of mammals, and their presence creates a surreal environment. It’s all we can do to focus on the wild birds, which are plentiful.

This year, our crew tallied nearly 50 bird species, including goodies such as killdeer, northern pintail and rough-legged hawk.

Our leaders were Jan Ramer, vice president of the Wilds, and Genelle Uhrig, wildlife ecology associate. They provided a wonderful opportunity to learn about mammals and their conservation.

Car caravanning along the gravel roads is always interesting. At one point, progress was delayed by a herd of Sichuan takin, a massive, bear-like relative of goats. Indigenous to Tibet and adjacent China, takin are at home in an Ohio winter.

Not far down the road, a group of Pere David’s Deer blocked the path. This species was extirpated in its native China by 1900, and it was saved by zoos and research facilities that had obtained animals. The deer has since been reintroduced to the wild.

At one point, I spotted a pair of massive Bactrian camels on a ridge. I was grateful that the male wasn’t yet in breeding condition.

One year, he was foaming at the mouth — like a bubble bath had blown up in his face — and foul with urine that he had sprayed all over himself. Naturally, this attracted a female who found him irresistible. The male camel saw our vehicle as a possible rival and lit out after us. The driver didn’t notice. I looked back to see the enraged, foam-faced, urine-soaked beast gaining quickly. I yelled “Floor it, man!” He stood on it and we finally outran the thing.

The Wilds also works with animals indigenous to the area, such as the rare American burying beetle and Eastern hellbender salamander.

The highlight was a stop at the rhino house. The Wilds has long worked with the southern white rhinoceros, and 24 calves have been born here. Keeper Dave Clawson has tended to the rhinos for three decades, and he is a big part of this success.

Dave showed us the most recent additions: a week-old female, and a baby boy born just the day before (pictured). One hundred-pound baby rhinos are playful as puppies. Their nearly 2-ton mothers make good supervisors.

Kudos to the Columbus Zoo and Aquarium for its support of the Wilds and its expansive mission.

The Wilds is an amazing institution that does conservation work on a global scale. A visit is highly recommended. Specialized “Winter at the Wilds” tours are available, and you would be hard-pressed to find a more interesting wintertime diversion.

Naturalist Jim McCormac writes a column for The Dispatch on the first, third and fifth Sundays of the month. He also writes about nature at www.jimmccormac.blogspot.com.
at January 04, 2021

Love your posts! Actually, I have a question. Last Wednesday I was walking near the cemetery oak in Logan and heard a very strange noise. Looking up, I saw a wavering V of about 25 birds—but the calls were nothing like geese. Then I noticed the long legs trailing behind. Because of the light, I could only see dark silhouettes, no colors. The flock was generally heading west, but seemed very indecisive, splitting and reforming. I watched footage on YouTube and they sure sounded like Sandhills—could they possibly have been?? Have you heard any other reports? If you have any thoughts, I’d love to hear them! Cherylgordon@msn.com

Thanks Cheryl! And yes, most certainly Sandhill Cranes. Your description is spot on, and there was a huge movement of these birds through the state around that time.

Thanks very much—you made my day! I’m a very amateur birder at best, and my old Birds of Ohio Field Guide shows Hocking County not on the migration path for Sandhills, so I thought maybe I was nuts. Again, I enjoy your articles and photos, and often forward them to my 85 year old father, who has gotten into a bit of birding. So glad you do what you do! 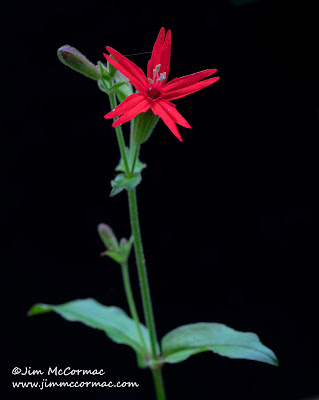