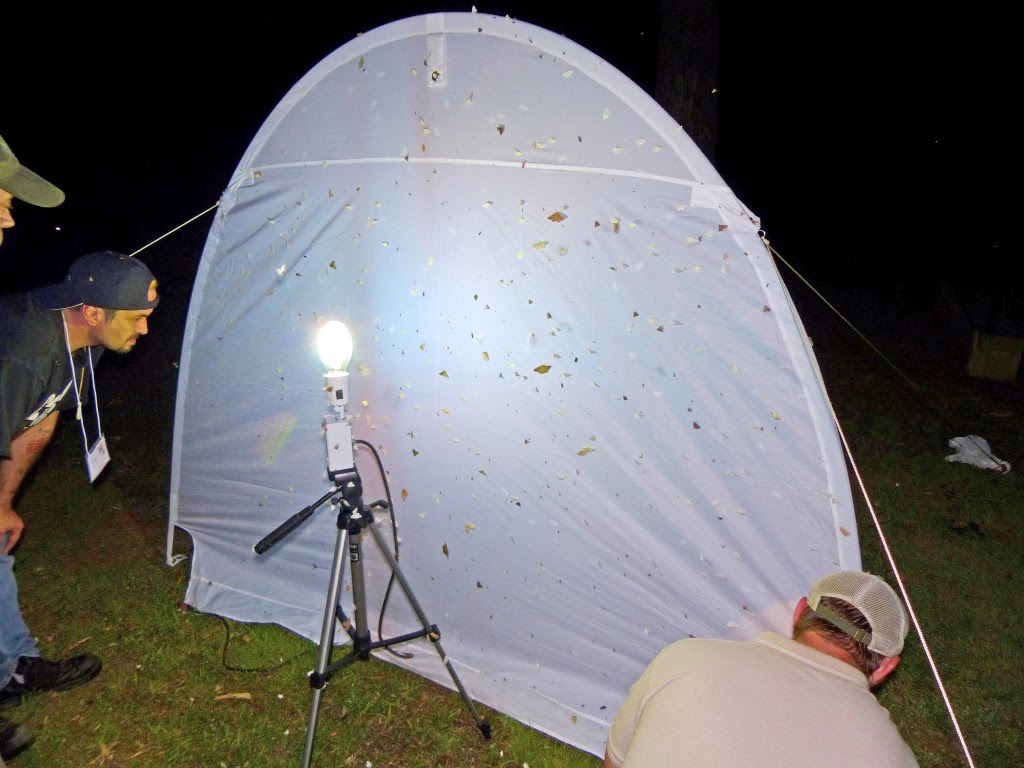 Registration for Mothapalooza is open! It actually opened almost two weeks ago, but I'm only now getting around to plugging it. Of the 140 available slots, there are only 30 left, so you'll want to get in on this REAL DARN FAST!

In the photo above, attendees at Mothapalooza I (the coming one is Mothapalooza III) gather around a lit sheet, admiring myriad mysterious denizens of the nighttime forest who have fluttered into the flame.

This year's Mothapalooza returns to the moth-filled haunts of Shawnee State Forest, and the Edge of Appalachia Preserve in southernmost Ohio. The region is a treasure trove of biodiversity, and in addition to a jaw-dropping number of moth species, we'll see scores of interesting plants, butterflies, birds, mammals and more.

The dates are June 12 - 14, and every detail can be found at the comprehensive Mothapalooza website, RIGHT HERE. 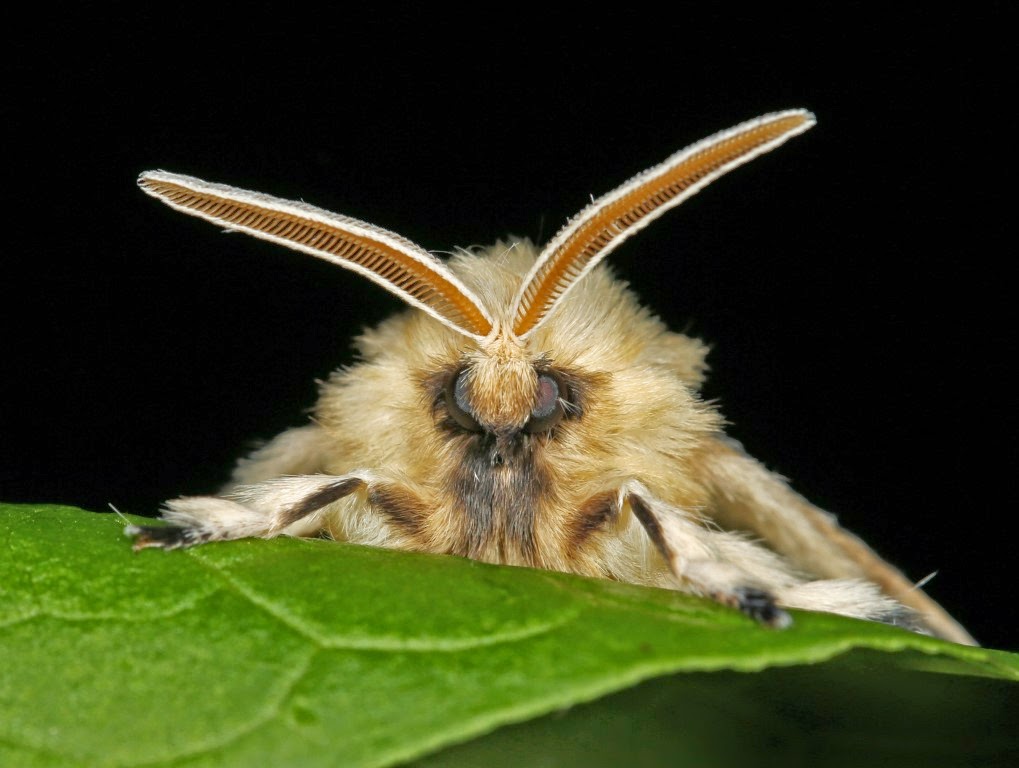 Who would not want to see a creature such as this peeking over a nearby leaf? Any photographer in their right mind would. It's a Black-waved Flannel Moth, just one of scores of showy moths that will be on tap. Moths are a photographer's dream, whether you're armed with a point & shoot, or sophisticated DSLR gear. 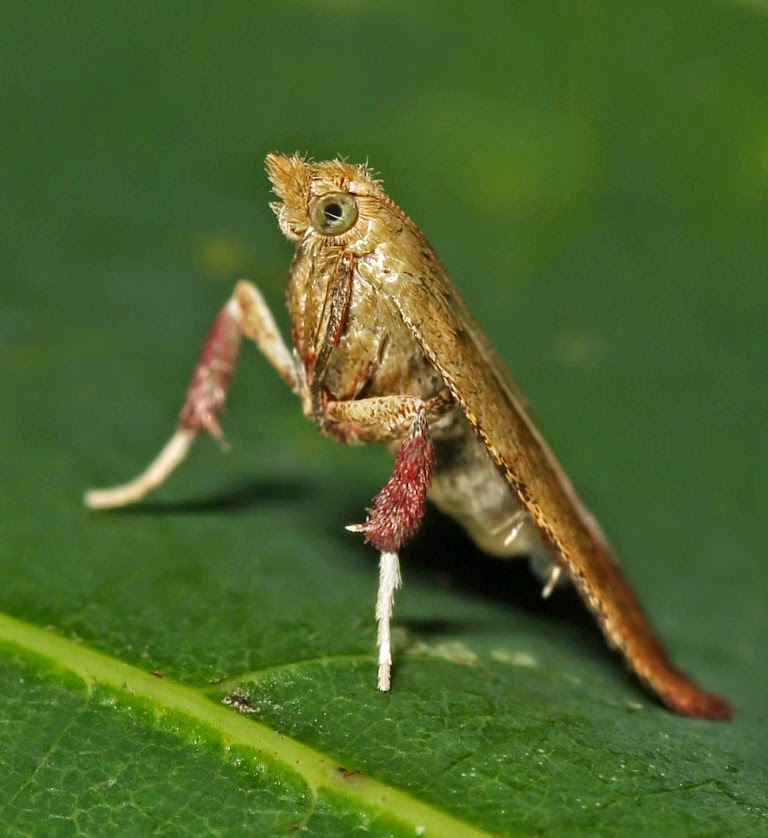 This Sassafras Caloptilia Moth strikes an odd pose, except it's not an odd pose for the moth - that's how they always sit.

If you want to try a really different sort of immersion into the natural world, try Mothapalooza. We have the greatest time, learn tons of stuff, see things no one thought possible, and venture into the depths of darkened forests. To register, GO HERE.

Email ThisBlogThis!Share to TwitterShare to FacebookShare to Pinterest
Labels: mothapalooza

I follow this photographer on Flickr who is based in China. He finds the most amazing moths and other insects.

He often hangs a sheet to attract moths - which is why I sent the link for this one particular image. But, his Photostream has a lot of cool critters.

If anyone out there is a world expert on moths/caterpillars, please look at his photos. He has a number of them that he cannot identify.