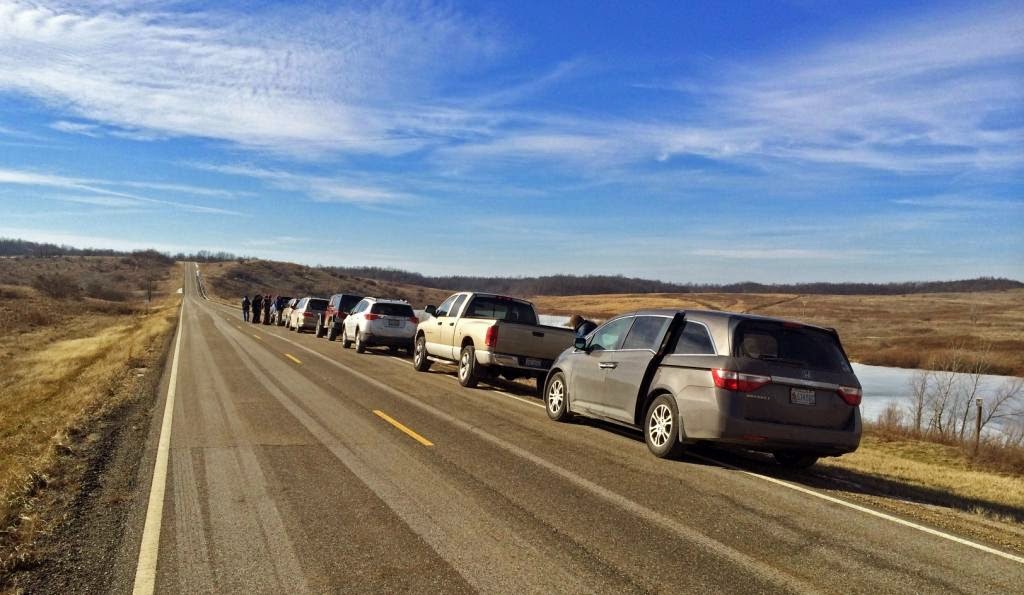 Our group pauses along a little-traveled road through wide open spaces on American Electric Power land bordering the Wilds. We were looking for various raptors, Short-eared Owls, and whatever might come along.

Yesterday was the 11th annual Ohio Ornithological Society field trip to the Wilds. The OOS began this traditional field trip soon after its founding in 2004, and it has remained wildly popular. About 120 birders from all over the state showed up yesterday, and that's the maximum number that can be handled. It's been like that about every year. The only one that I can recall significant numbers of no-shows was the year that the thermometer read -12 F (MINUS TWELVE) at the rendezvous site in the morning. About 30 or so people decided to skip out that time.

Frigid temperatures were not an issue yesterday. The thermometer rose to a balmy 51 degrees at the high point. As always, the day was great fun, and thanks to the OOS, all of the field trip leaders (eight separate groups), and especially Randy Rogers for tackling organization. Oh and of course - the staff at the Wilds for graciously opening their doors to us at a time of year when they're normally shut down to the public.

As is often the case when I'm leading groups, the camera gear remains stowed in the trunk. There's just no time to click off lots of photos, so we'll have to make due with some iPhone shots for this post. 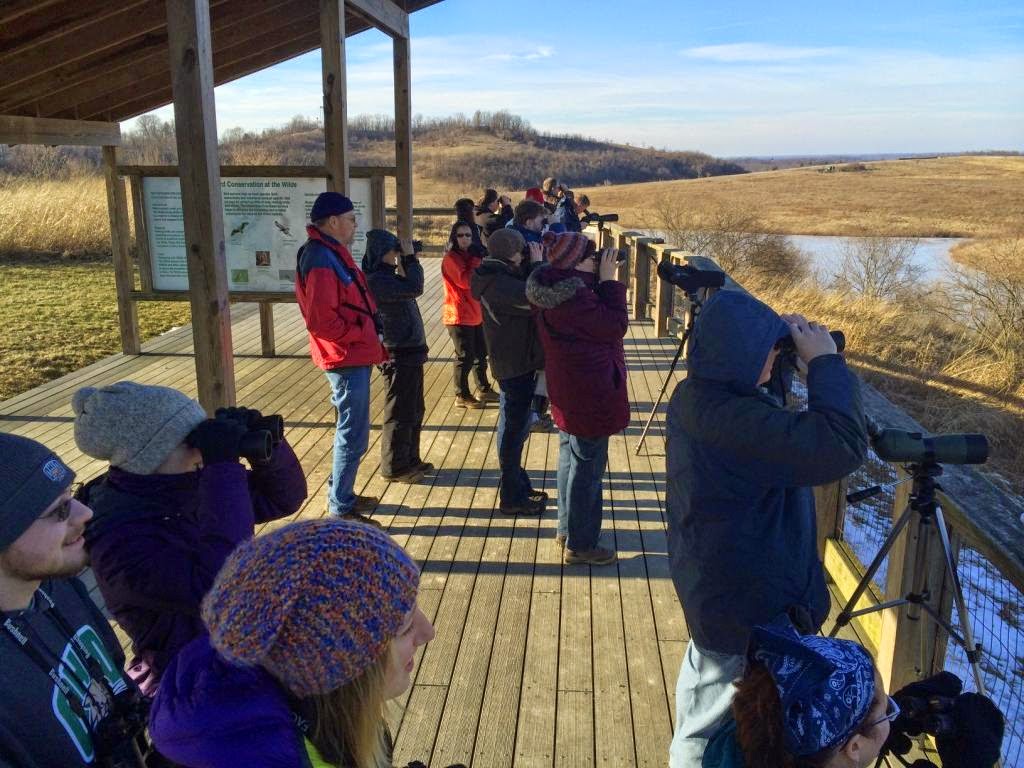 I've only missed one of these events, I think, and yesterday's was probably the best, at least for our group. Here, a bunch of excited people ogle a Golden Eagle that put on a show over the distant fields. We had the bird in the scopes, and everyone enjoyed watching a pair of Rough-legged Hawks strafing the much larger bird.

Scott Albaugh and company found a Wilson's Snipe in a seepage outflow, and provided us with that intelligence after lunch. Our group headed there, traversing an extremely pitted and muddy road, and managed to locate two snipe - not bad for mid-January in Ohio. 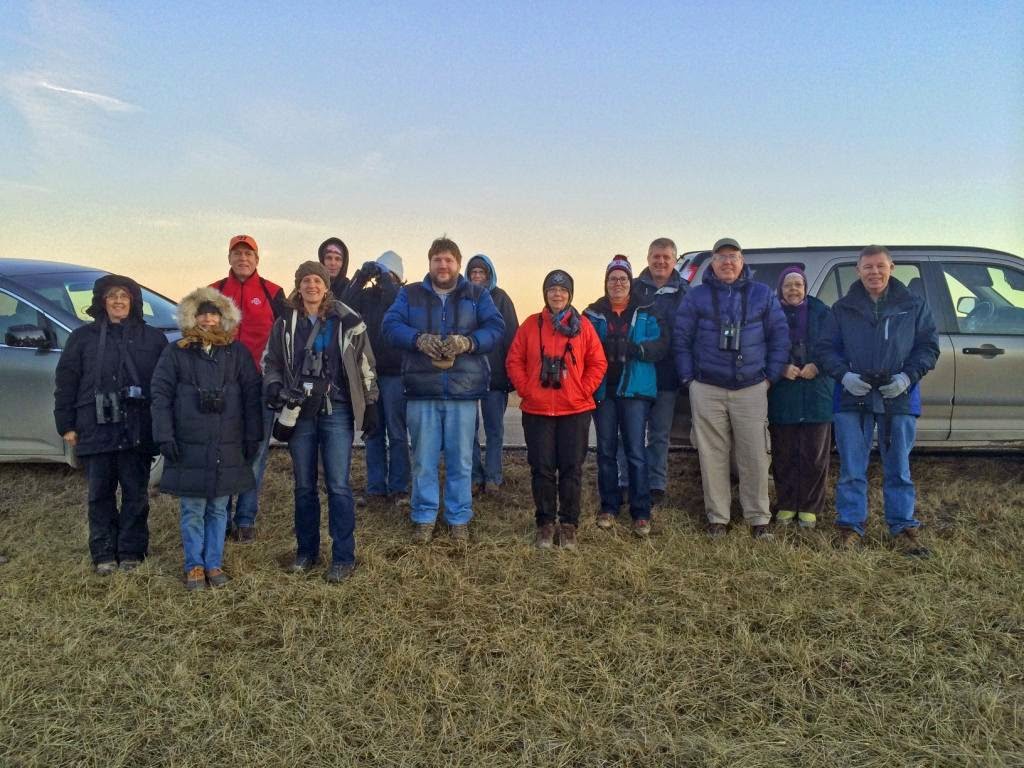 Our group, which changed form a bit throughout the day, awaits the flight of the Short-eared Owl at day's end. This is a tradition. We only saw one distant bird, and then another practically hit my car on the way out. We had lots of nice sightings over the course of the day, though, including excellent looks at other raptors. I don't know what the final collective tally of species was, but it may have been a record. 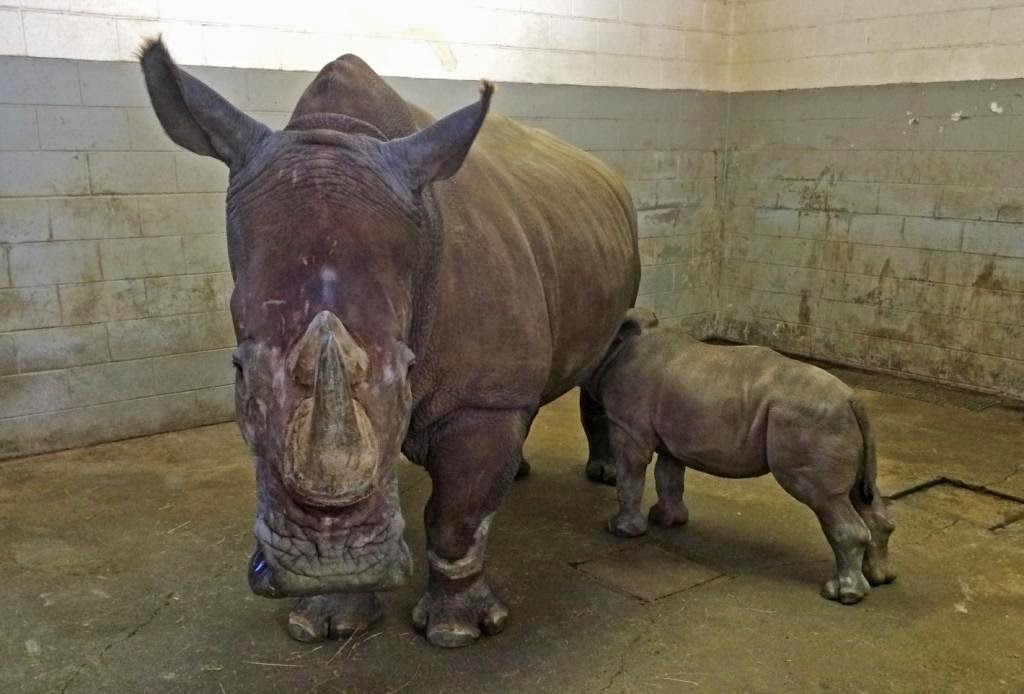 The OOS winter trip to the Wilds would not be complete without a foray into the rhino house. This baby Southern White Rhino is only about two months old, and is dwarfed by his nearly two ton mother as he nurses. The youngster absolutely loves attention from people, and he was on cloud nine yesterday as scores of birders oohed and aahed over the leathery little fellow.

I believe the date of next year's OOS/Wilds trip has been set: January 16. Try and make it; you're sure to have a good time.

Email ThisBlogThis!Share to TwitterShare to FacebookShare to Pinterest
Labels: the wilds