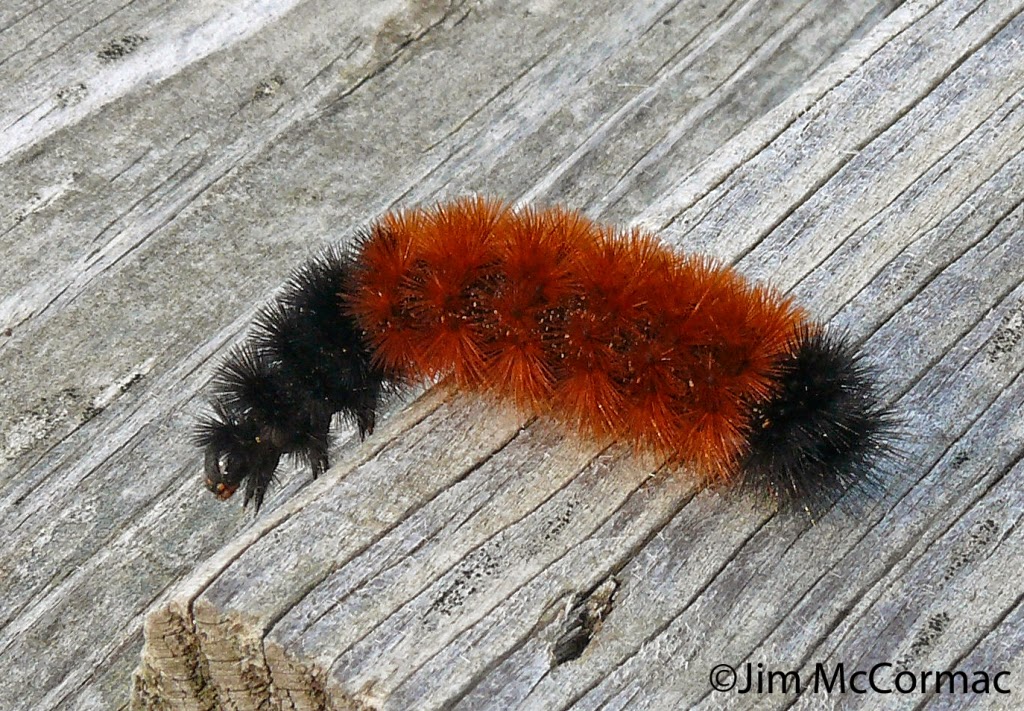 Ah, the Woolly-bear, Pyrrharctia isabella, America's most beloved caterpillar. The tubular little beasts are impeccably zoned into neat patterns of burnt-orange and black, making for a darn good-looking larva. Woolly-bears are also undoubtedly the most widely recognized of North America's thousands of species of caterpillars, and that's due to their supposed ability to prognosticate the coming winter weather. The wider the orange band, the milder the winter, so the folklore goes. If that were true the bear in this photo would be calling for a balmy winter.

Not to burst any bubbles, or cast aspersions on any of the Woolly-bear festivals that have sprung up (one in Vermilion, Ohio - the "Woollybear Festival" - began in 1973), but there is no credibility to the caterpillars' role as weather forecaster. The widths of the colored bands are unrelated to future weather. Their size is much more aligned with their age. Caterpillars grow through various stages, each termed an instar. Five instars/stages is a common number of growth phases for most of our caterpillars. As they grow, and shed their "skin" between instars, caterpillars often change appearance markedly. In the case of the Woolly-bear, the black bands widen with age, and thus older caterpillars are darker. Dark old specimens might lead one to believe a brutal winter is on tap. 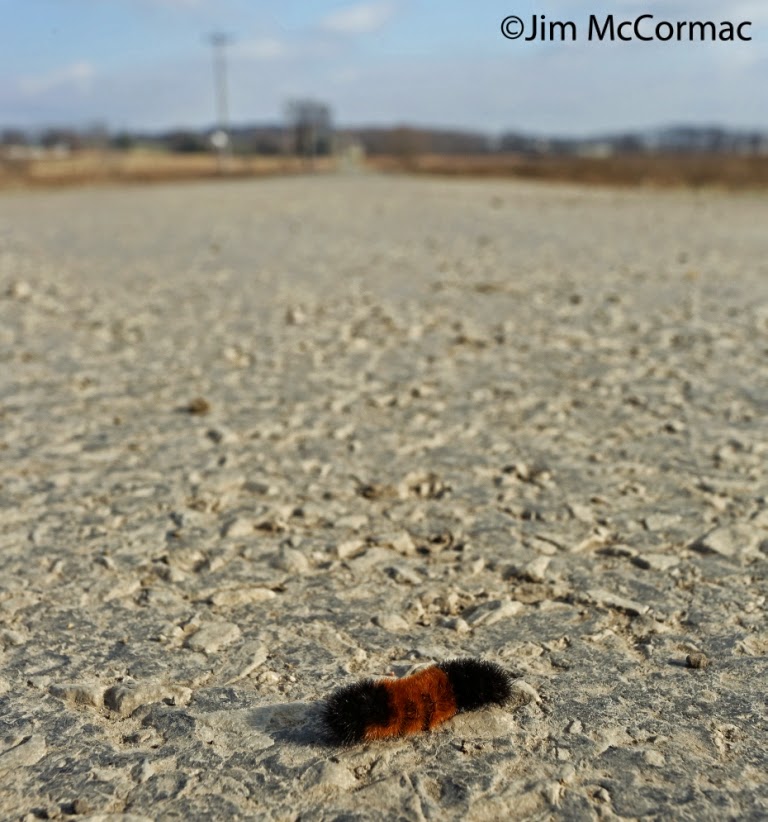 Get any sort of semi-warm snap, especially with sun, this time of year and out come the bears. It is very common to see Woolly-bears legging it across roadways under such weather conditions in early winter. I was able to stop at a few interesting places on my way to Canton last Wednesday afternoon, and saw numerous bears crossing roads. The temperature when I made this photo was only about 40 F.

For reasons unknown, Woolly-bear caterpillars are inveterate wanderers in fall and early winter. It doesn't seem to make much sense, as these caterpillars can eat an enormous variety of very common plant life, so there would seem to be little reason to risk the numerous threats that come with roaming far and wide. But nomads they are, and they know better than we what they are supposed to be doing. 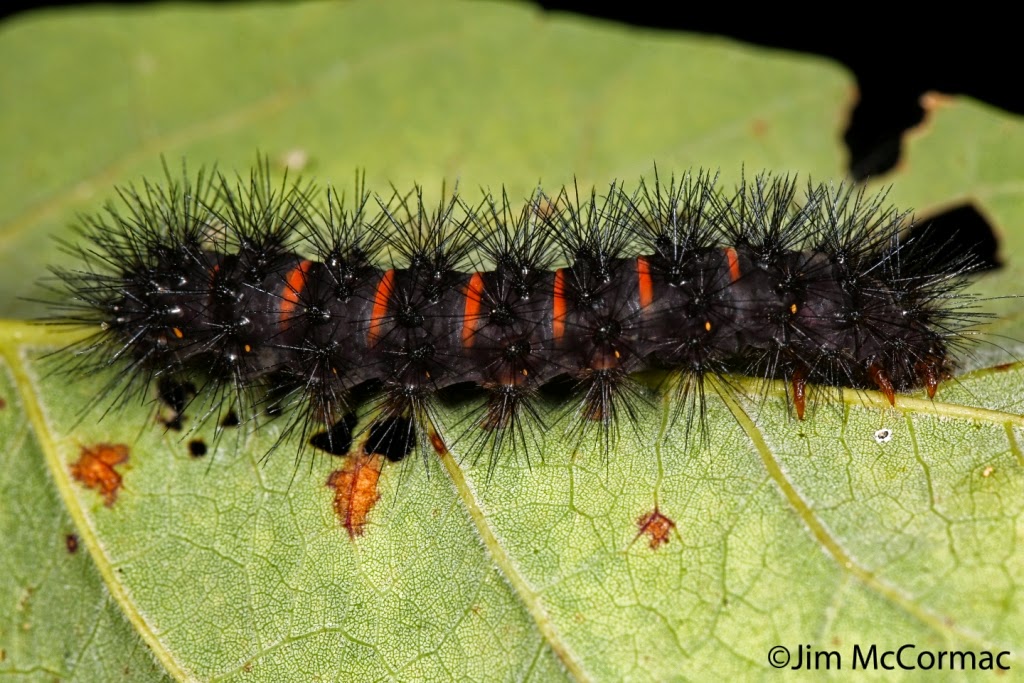 The issue of the Woolly-bears' alleged skills as winter forecasters is also muddied by misidentifications. Unfortunately, not all people pay close attention to detail (just watch Fox News for proof!), and as distinctive as Woolly-bears are, there are similar species. The one above is a Giant Leopard Moth caterpillar, Hypercompe scribonia, and it too wanders widely in late fall/early winter. Some people will see one of these and instantly think the White Death will soon be upon us. 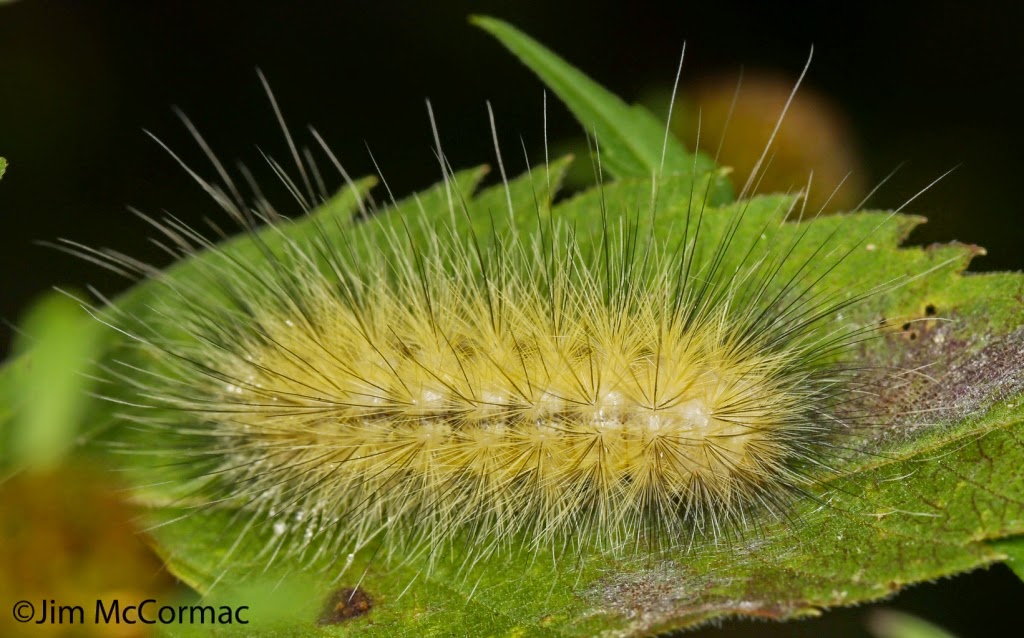 Another common ground-roaming fall caterpillar is that of the Virginia Tiger Moth, Spilosoma virginica, which is known as the "Yellow Bear". Were a true Woolly-bear believer to see this one, its nearly solid yellowish color might convince them that winter is slated to be quite Floridian. 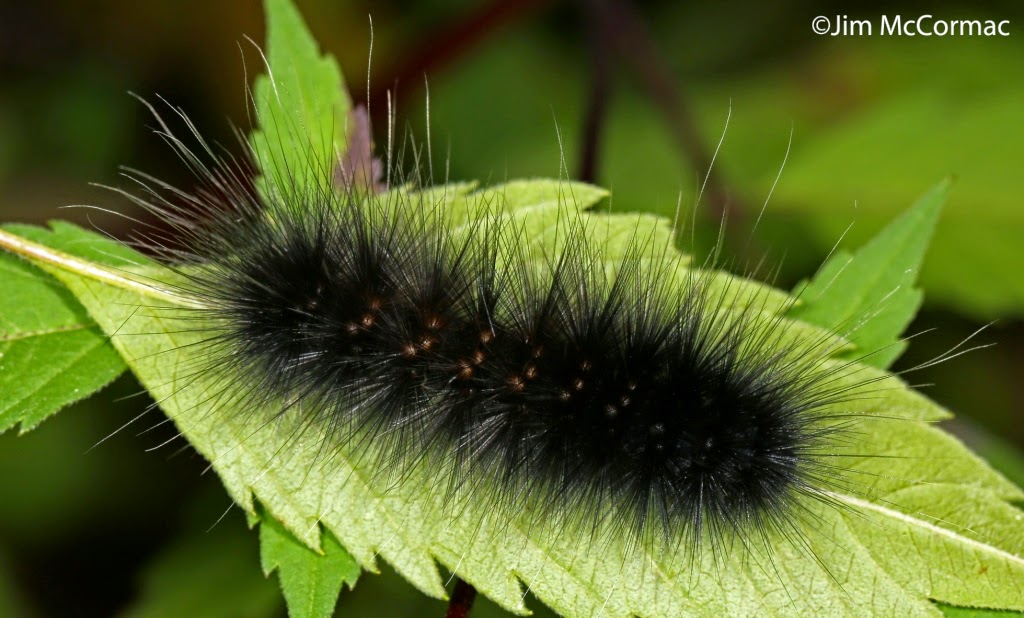 This one, believe it or not, is another "Yellow Bear", but it might be better termed a Black Bear. The caterpillars of Spilosoma virginica are incredibly variable in coloration, and thus this one species is capable of fooling lepidopteran-illiterate Woolly-bear fans into believing the upcoming winter will be incredibly brutal, or unnaturally balmy. 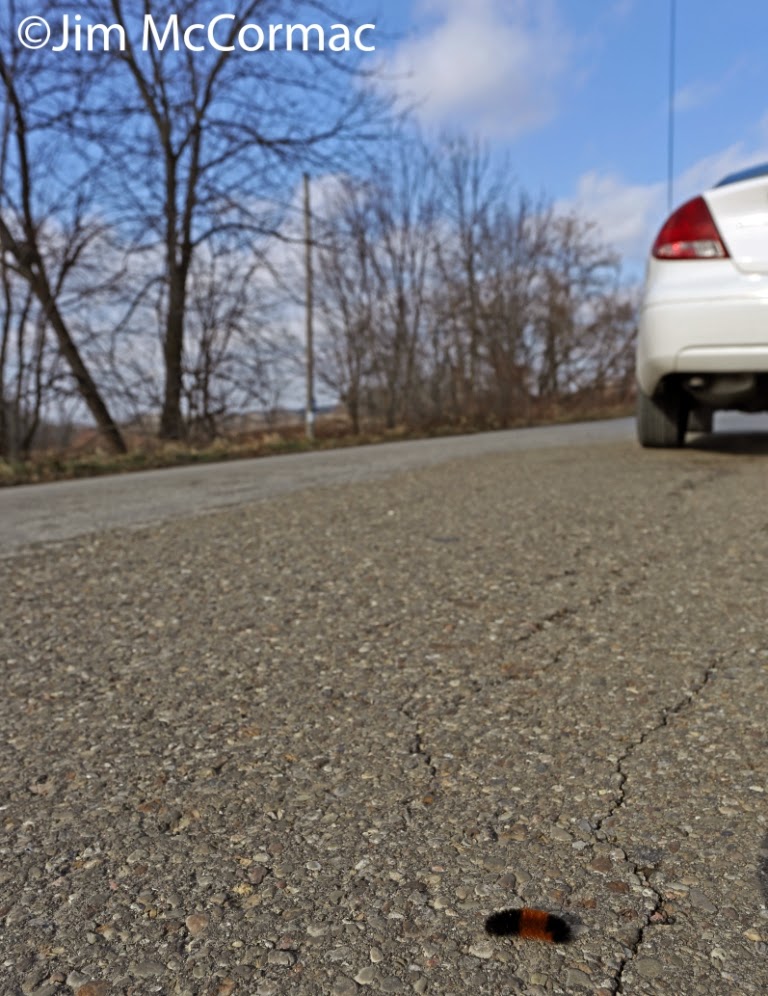 Free-ranging Woolly-bears face great hazard when attempting to cross roads hundreds of times wider than they are. The mortality is high, but fortunately Woolly-bears are abundant. Vehicular carnage seems to dent their population very little. If they do make it to the other side, the bear will seek a sheltered spot to overwinter. That's right, this species rides out the winter that it is supposed to be forecasting as a fully grown caterpillar. The Woolly-bear can essentially freeze solid, and cryoprotectant chemicals in its system prevent irreparable damage to its vitals. 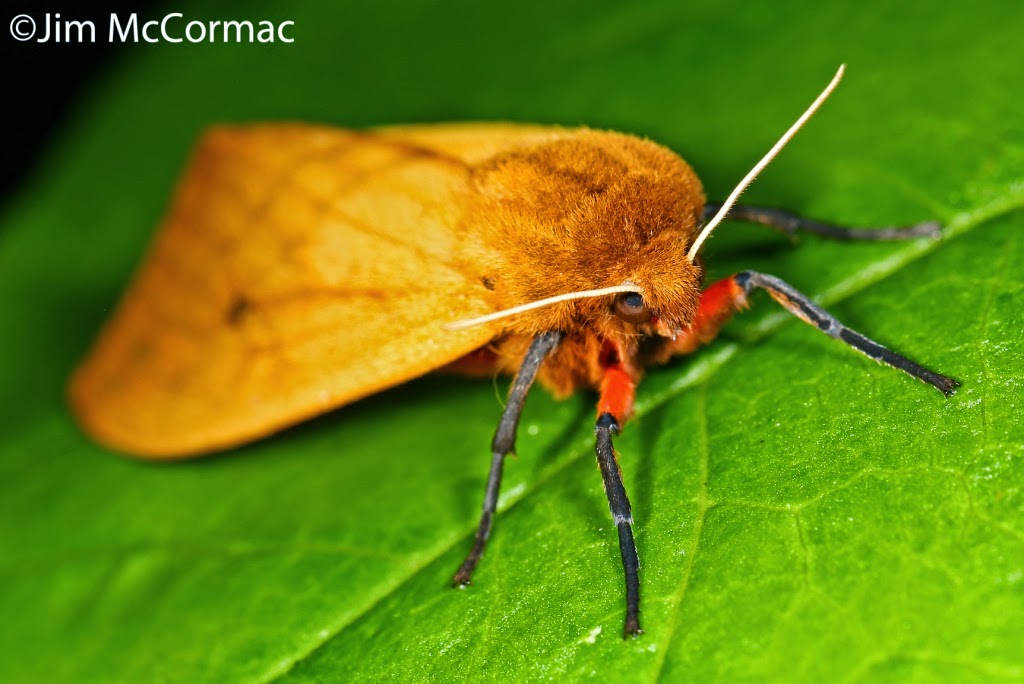 If all goes well for the Woolly-bear, come spring and warmer weather it will pupate and later emerge as this gorgeous moth, the Isabella Tiger Moth. I suspect very few people would recognize the moth, even though vast numbers of them would instantly identify the caterpillar.

saw some moths (not Isabellas, just little indistinguishable-to-me brown ones) hatching last week since it was 70F Monday but then and below freeing some nights later in the week. I hope that they too "know what they are doing."

so let me answer my own comment Q- turns out there are Winter moths (invasive and not so great for fruit trees) and December moths... and these guys typically fly around in winter.