A while back, I wrote HERE about the apparent spike in at least some woodpecker populations. It seems that the feathered hammerheads have found the juicy grubs of the invasive emerald ash borer, Agrilus planipennis, to their liking. Can't beat that - any native predators rising up to attack and hopefully repel the incredibly destructive nonnative borer can only be a good thing.

Yesterday, I was going through reams of photos in my Hymenoptera (ants, bees, sawflies, wasps) folder looking for images for a new project. Filed away was this image of a small but stunning braconid wasp. I had taken it last August in Athens County, Ohio. At the time, I had determined its identity as Atanycolus cappaerti (no known common name, to me), and forgot about it. Since the new project - more on that later - is all about bees and wasps, I delved deeper into this little beast.

Wasps in the Braconidae family - which is immense, with some 17,000 species so far described - are parasitoids. I've written many times about various parasitoids, which typically kill their host organisms.

As it turns out, the little charmer above goes after wood-boring beetle grubs, and has apparently taken a shine to the grubs of the emerald ash borer. Very few of our native parasitoid insects seem to have set their sights on EAB as a host, so major props to those that have, such as the exquisite Atanycolus cappaerti.

The animal in my photo is a female, evidenced by that long "stinger" projecting from her abdomen. The needlelike structure is actually an ovipositor, and she uses it to auger through tree trunks and into EAB grubs, into which she injects an egg. The egg soon hatches, and the emergent wasp grub begins eating its host. Native wasp - 1; nonnative borer - 0.

There are reports of Atanycolus population spikes in areas of EAB infestation. Let's hope that trend continues, and the native wasps help to eventually bring the uber-destructive pest under control.

Too late for the ash on my w. PA farm. I believe every ash in the woods are infested and dead or dying.

Last Saturday evening, stretching into Sunday morning, was yet another amazing nocturnal foray. This time we set up lights at an incredible ... 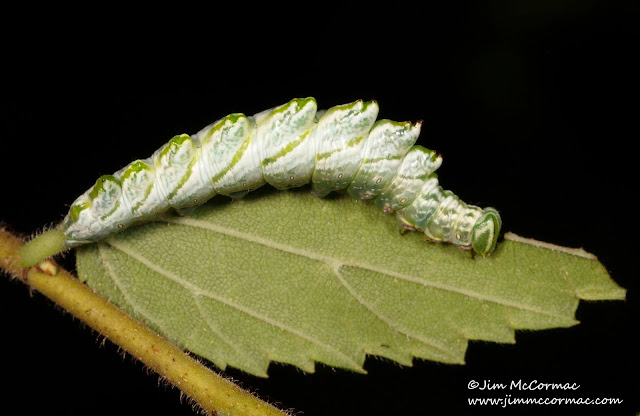